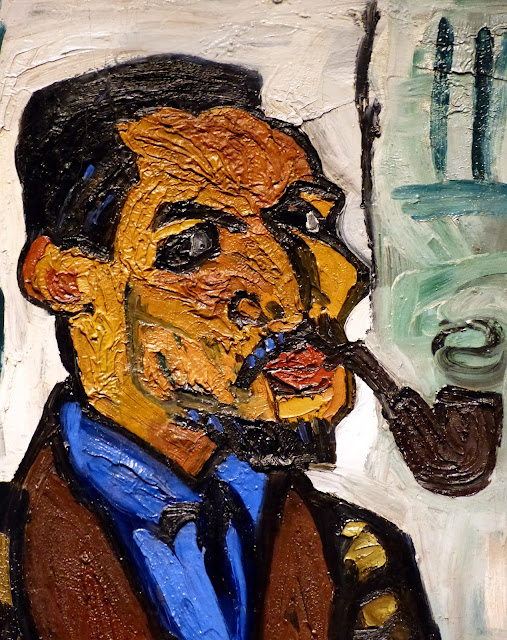 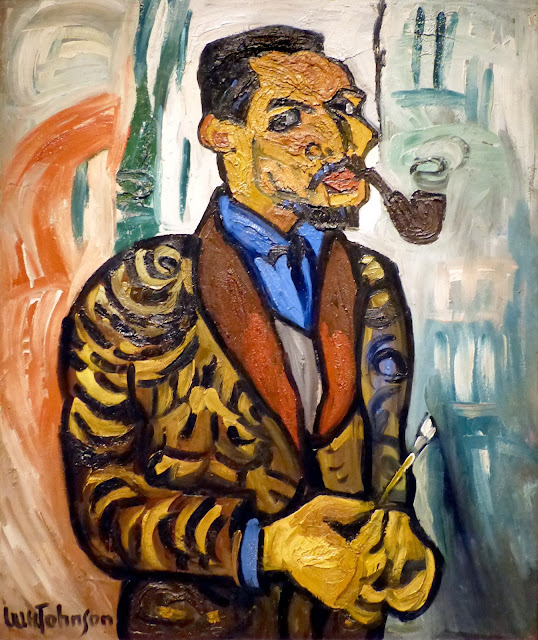 This self-portrait of painter William H. Johnson hangs in the National Portrait Gallery in Washington, DC.


"Artist William H. Johnson was born in 1901 in Florence, South Carolina. After deciding to pursue his dreams as an artist, he attended the National Academy of Design in New York and met his mentor, Charles Webster Hawthorne. After graduating, Johnson moved to Paris, traveled throughout Europe and was exposed to new kinds of artistic creations and artists. Upon his return to the United States, Johnson used a primitive style of painting in conjunction with what was considered a "folk" style, using of bright colors and two-dimensional figures. He spent his final 23 years of life in a mental hospital in Central Islip, New York, where he died in 1970." -- Biography.com 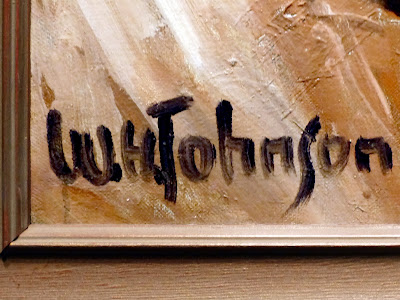 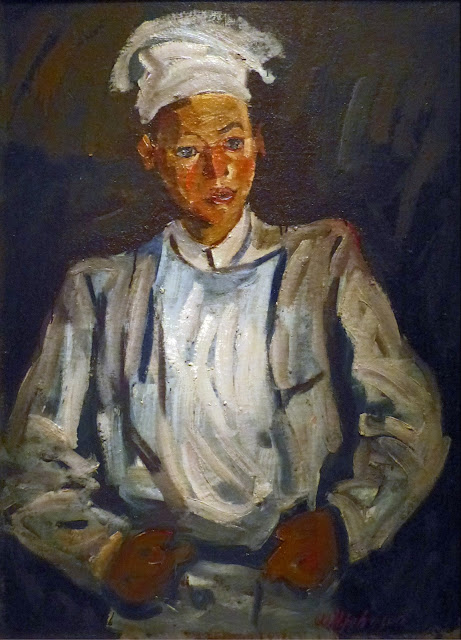 The Smithsonian American Art Museum has this 1939-40 painting entitled Cafe. 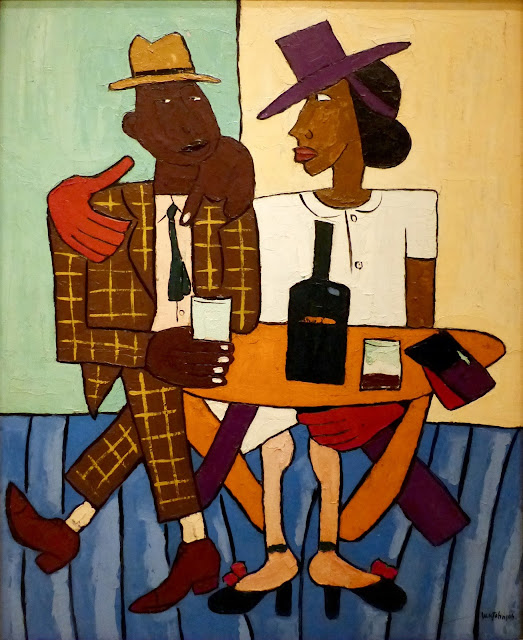 "William H.Johnson spent decades traveling the world, searching for the authentic spirit of ordi­nary people from different cultures. In the late 1930s, he found what he was looking for in his own African-American community. The strong colors and silhouettes in this painting evoke the African art that black artists and writers had embraced during the Harlem Renaissance. But this affectionate couple also has the fashionable flash of zoot-suiters in the Big Band era. Above the table, the two figures coolly take in the cafe scene; below, a tangle of legs and limbs hints at the erotic energy of a night on the town." -- SAAM

The National Archives has this photo of William H. Johnson, painting. (Wikipedia) 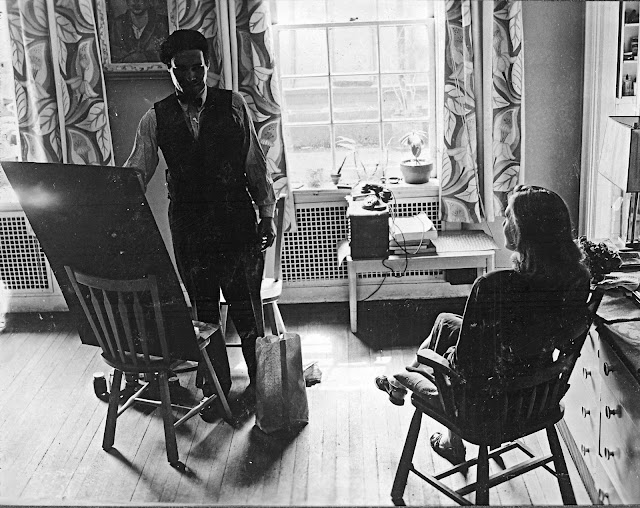