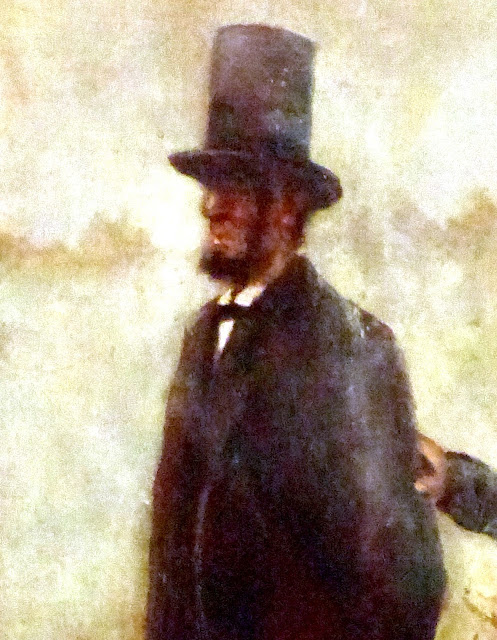 
This c. 1892 painting "Abraham Lincoln at the Battle of Fort Stevens" by Eugenie De Land Saugstad hangs in the superintendent's Lodge at the Battleground National Cemetery in Washington DC. 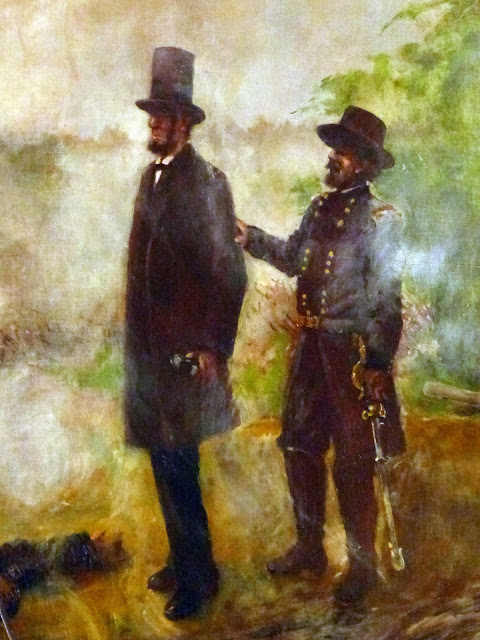 "President Lincoln is shown visiting Fort Stevens during the battle on July 12, 1864 as he comes under enemy fire while standing on the parapet. The artist's father knew Lincoln as a boy and created the wooden frame. Eugenie De Land Saugstad studied and worked in the area but is best known for her work as a graphic artist making World War I posters and propaganda for the government. The painting was donated by the artist to the Lincoln Museum which became Ford's Theatre National Historic Site." - NPS 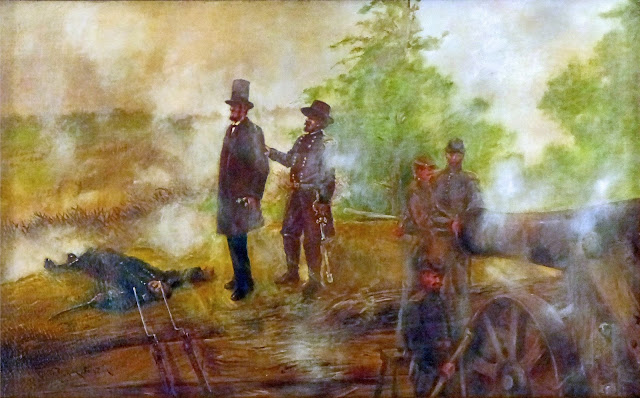 General Wright is shown urging Lincoln down from the parapet at Fort Stevens after army surgeon C.V.A. Crawford was hit by a confederate bullet.

The title of the painting is carved into the frame by Theodore Louis DeLand, Eugenie's father. 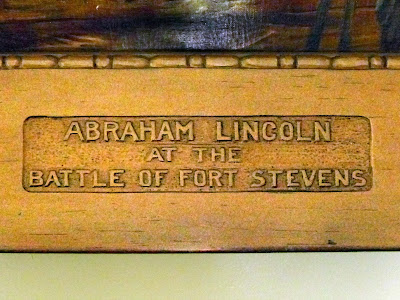 Another view of the same event can be seen on the historical marker at Fort Stevens. Here Wright tries to persuade Lincoln off the parapet while surgeon Crawford is carried off. It's from a 1912 National Tribune calendar in the possession of Benjamin Franklin Cooling; Artist unknown. It also appears on the cover of Cooling's 2013 Book, The Day Lincoln was Almost Shot. The quote from Jubal Early was added on the historical marker. 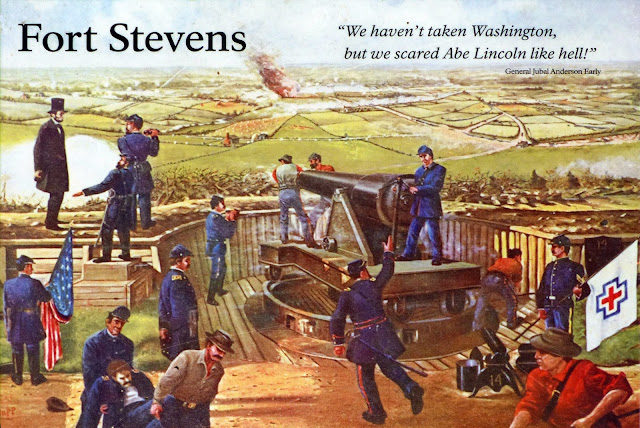 "We haven't taken Washington, but we scared Abe Lincoln like Hell" -- General Jubal Anderson Early
Posted by Allen Browne at 9:45 AM