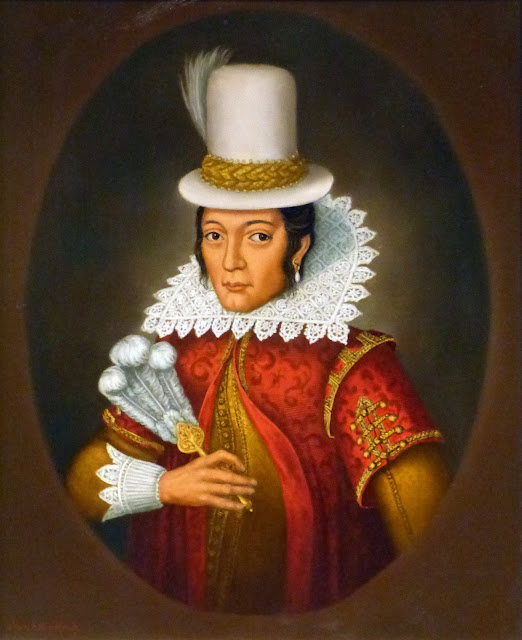 This 1994 portrait of Pocahontas by Mary Ellen Howe hangs in the Virginia Museum of History in Richmond Virginia, where it is on loan from the painter.


"After nearly four centuries of mythmaking, could Pocahontas's true appearance be resurrected? Virginia portrait artist Mary Ellen Howe hoped that it could, and she spent six years researching and producing what may be the most accurate portrait of Pocahontas that can be painted. Howe's starting point was de Passe's 1616 engraving, but unlike the painter of the copy made in the 1700s, she made certain that the colors of her work were appropriate: Pocahontas's beaver hat is white, her hair black, and her skin tone modeled after that of Pamunkey, Mattoponi, and Rappahannock Indians. As she studied the facial structures of modern Virginia Indians, Howe noticed the same overbite, dimpled chin, and high cheekbones that van de Passe saw in Pocahontas. Asked why she devoted herself to this endeavor, Howe explains that she could not forget a woman whose extraordinary accomplishments included the adoption of a foreign culture and the winning of acceptance by 17th-century English society." -- PBS Nova 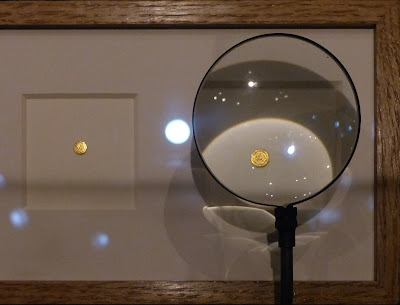