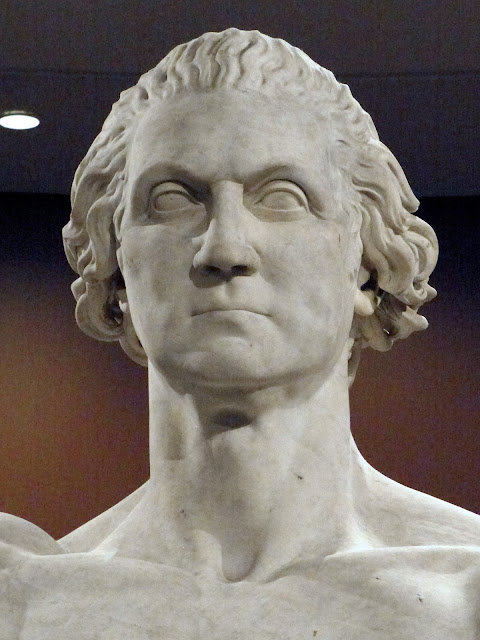 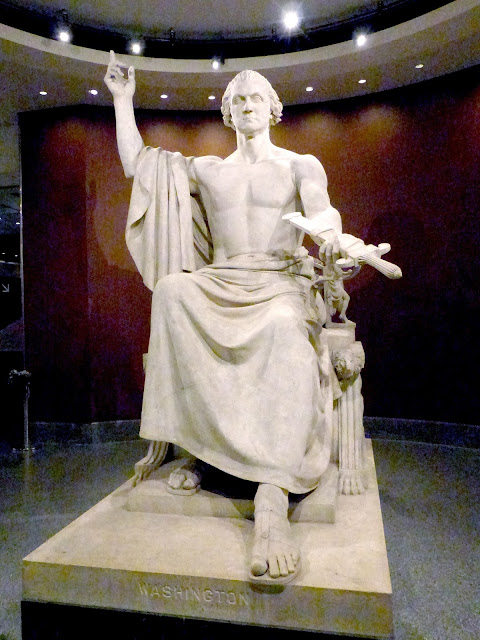 This 1832 statue of George Washington by Horatio Greenough sits in the National American History Museum in Washington DC.

In 1832 the U.S. Congress commissioned American sculptor Horatio Greenough to create a monument to George Washington for the Capitol rotunda. Greenough envisioned the work as a symbolic representation of Washington as a great exemplar of liberty. When he unveiled this twelve-ton marble statue atop a towering pedestal in 1841, many viewers appreciated the artist's attempt to create a timeless masterpiece. Others saw only an inappropriately dressed Washington. A friend of the artist noted: 'This magnificent production of genius does not seem to be appreciated at its full value in this metropolis.'

Greenough's sculpture is rich with symbols: Washington's figure is modeled on the classic statuary of ancient Greece, seat of the world's first democracy. Carvings on the sides depict the Greek god Apollo and an infant Hercules. Small flanking figures of an American Indian and Christopher Columbus represent the New and Old Worlds. The most important symbol however, is the sword in Washington's outstretched hand; this celebrates the fact that after he led the country to victory in the American Revolution, he selflessly relinquished his power to the people." -- National Museum of American History 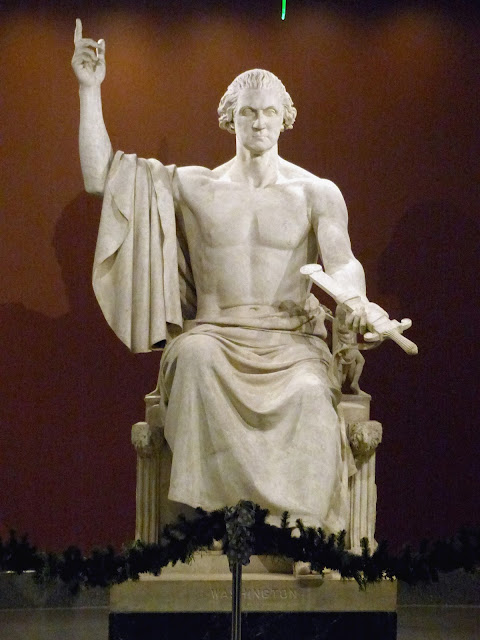 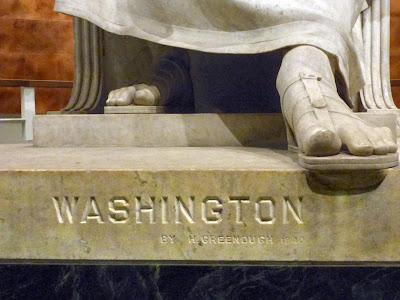 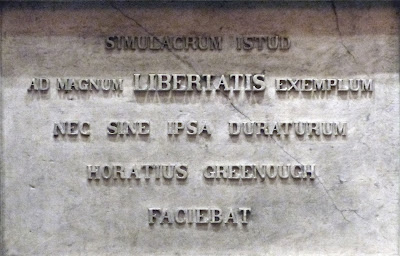 "Horatio Greenough made this statue for a great exemplar of Freedom; not without Freedom can it endure."

Benson Lossing gives us this portrait and autograph of Greenough in his Eminent Americans, 1881. 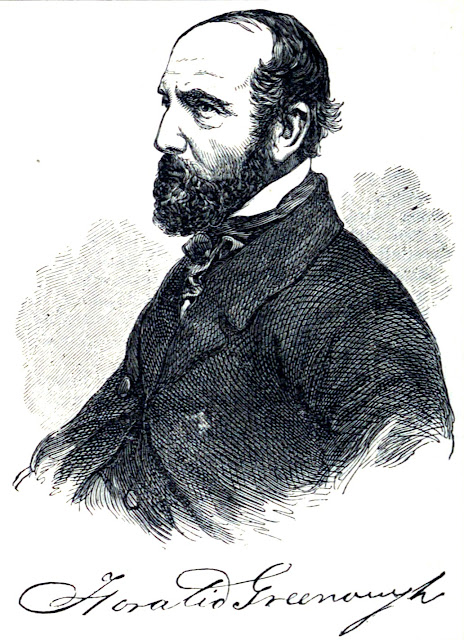 Here (God like) Washington tenders his sword to the people. 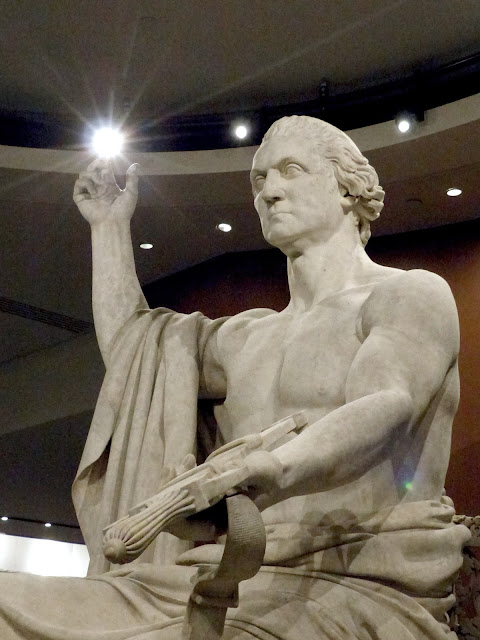 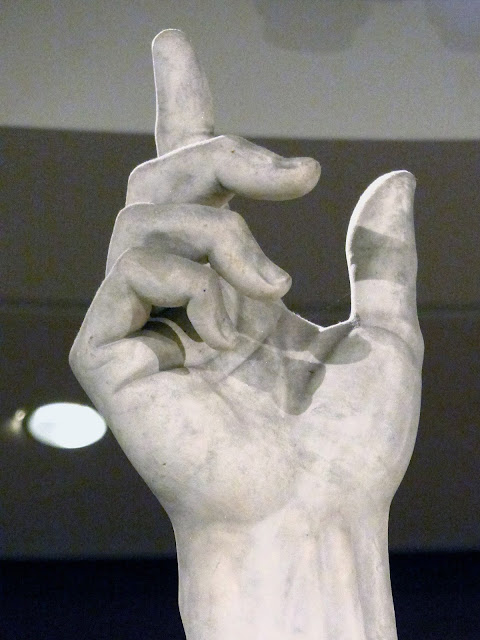 his sandeled foot stands firmly on the ground. 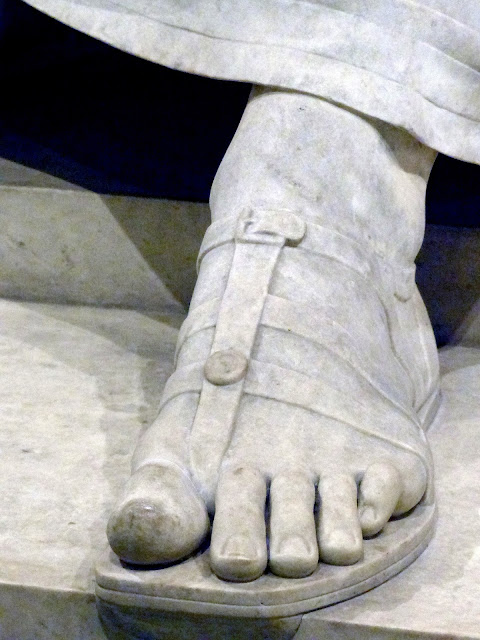 For more on this monument see: Landmarks: George Washington Unclothed
Take a look at this statue in two Washington guidebooks: Roose's Companion and Kiem's Handbook.
Posted by Allen Browne at 5:28 PM