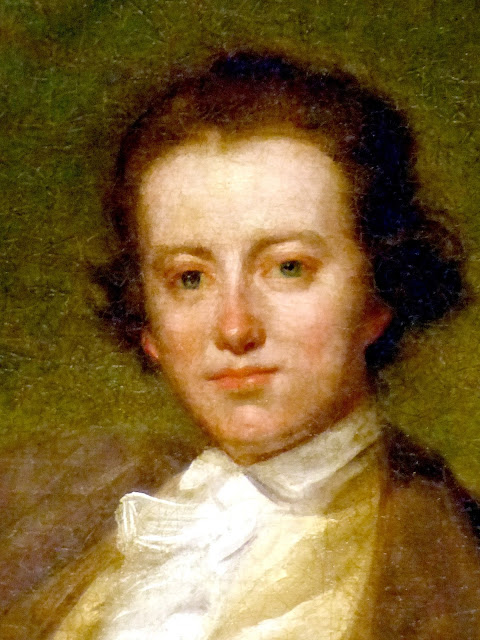 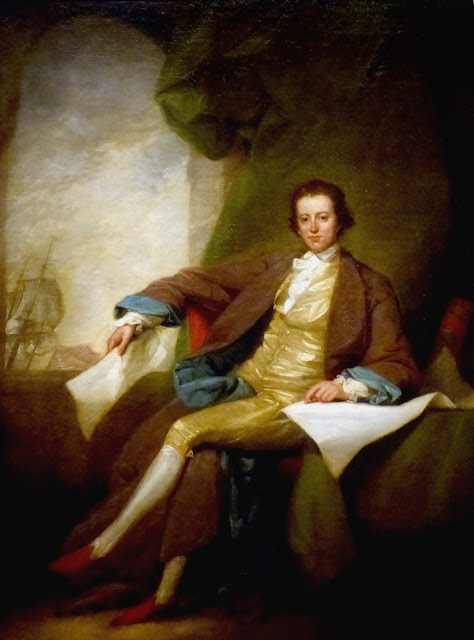 This c. 1784 portrait of Samuel Blodget by John Trumbull hangs in the National Portrait Gallery in Washington, DC.


"In many ways Samuel Blodget symbolized the new, protean American: at different times he was a merchant, economist, entrepreneur, and amateur architect. Blodget served in the New Hampshire militia during the American Revolution and then became a merchant in Boston. In 1789 he relocated to Philadelphia and founded the Insurance Company of North America. Later moving to the nation's new capital in Washington he successfully lobbied for the Position of superintendent of buildings, despite  George Washington's reservations. He also founded the city's first bank.Blodget's only successful architectural design was the Bank of the United States (1795) in Philadelphia, which still stands. He wrote Economica: A Statistical Manual for the United States, considered the first American book on economics. In 1802 he was placed in debtor's prison, and died insolvent in Baltimore hospital. John Trumbull painted Blodget, posed in an elegant morning gown, when both men were in London." -- National Portrait Gallery