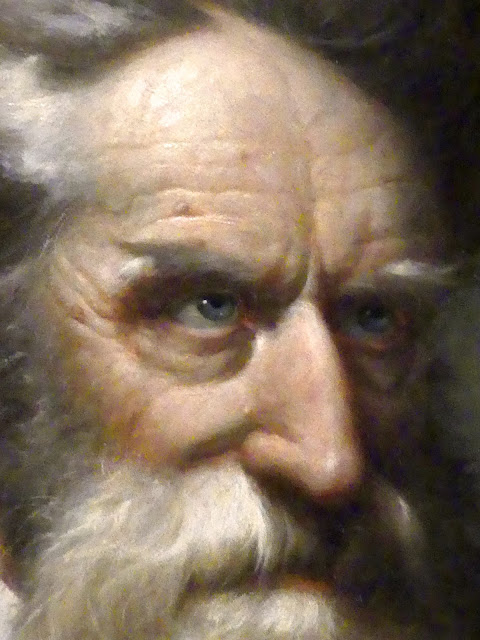 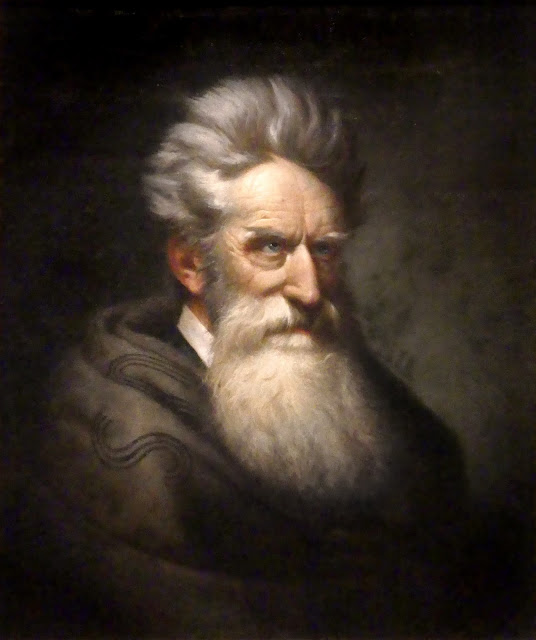 This portrait of John Brown by Ole Peter Hansen Balling hangs in the National Portrait Gallery in Washington, DC.


"There were those who noted a touch of insanity in abolitionist John Brown; he believed he had been called by God to embark on a personal crusade to end slavery. Brown and five of his sons were actively engaged in the bloody guerrilla war being waged in Kansas in 1855-56, between proslavery and anti­slavery factions. But in 1857, Brown began making plans for the 1859 raid on the federal arsenal at Harpers Ferry, an event that would make him both infamous and immortal. The scheme to comman­deer firearms with which to arm a slave rebellion failed, and Brown was captured, tried, and hanged. His insurrection found favor among many northern abolitionists. In response, southerners viewed Brown as a sign that they must either break their allegiance to the Union or be destroyed by an increasingly fanatical North." -- National Portrait Gallery 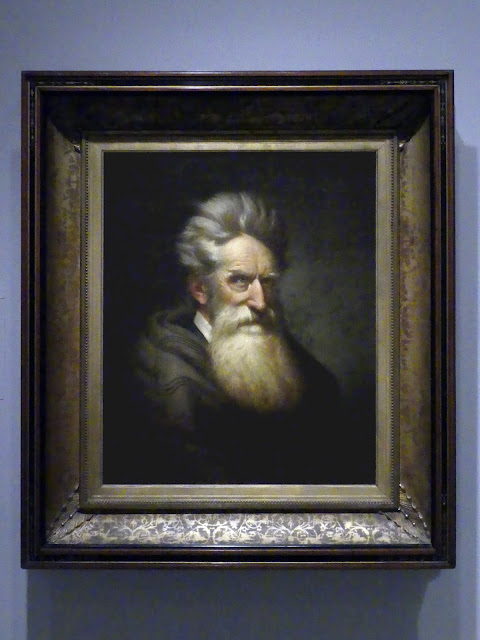 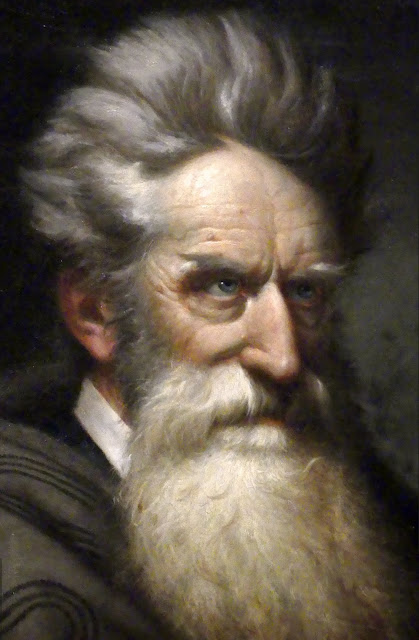