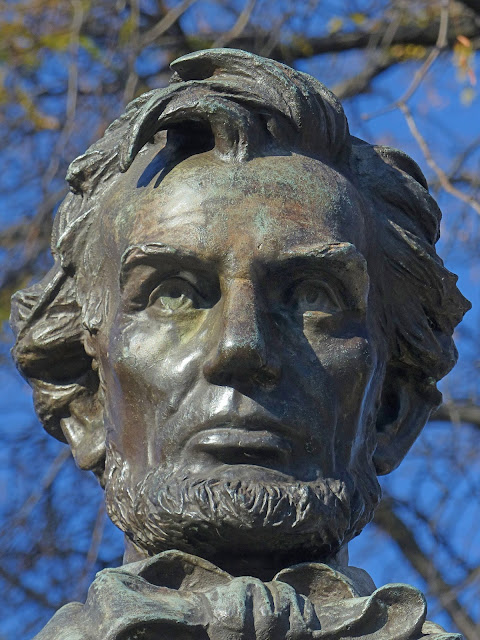 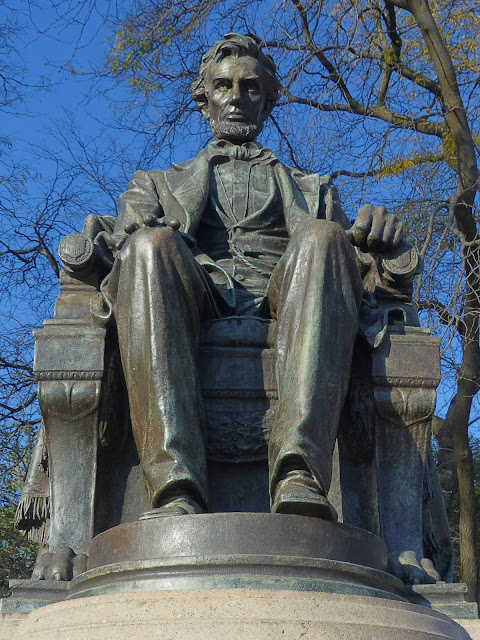 This 1908 statue of Abraham Lincoln by August Saint Gaudens sits in Grant Park in Chicago, Illinois.


"Abraham Lincoln: The Head of State (also called Seated Lincoln or Sitting Lincoln) is a 9-foot (2.7 m) tall bronze statue of Abraham Lincoln in Grant Park, in Chicago. Created by Augustus Saint-Gaudens and completed by his workshop in 1908, it was intended by the artist to evoke the loneliness and burden of command felt by Lincoln during his presidency.The sculpture depicts a contemplative Lincoln seated in a chair, and gazing down into the distance. The sculpture is set upon a pedestal and a 150-foot (46 m) wide exedra designed by architect Stanford White." -- Wikipedia 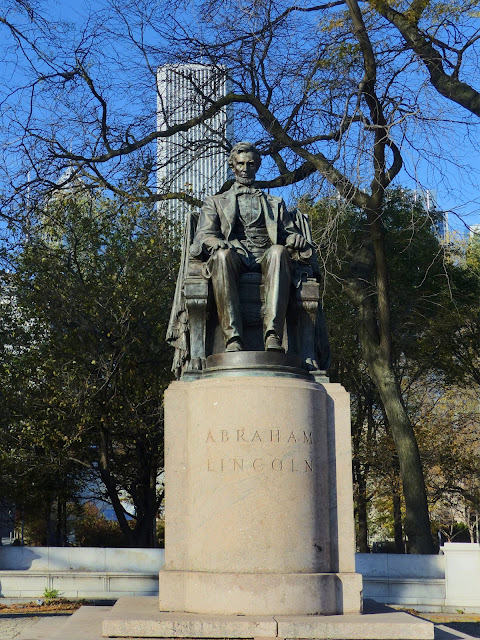 "The work was cast a year after the artist's death, exhibited at the Metropolitan Museum of Art and then remained in the Museum's storeroom for several years before it was shipped to San Francisco for the exposition in 1915. Finally it was shipped to Chicago where it was stored for another 11 years until its Grant Park setting was established. Gift of John Crerar to South Park Commission." -- SIRIS 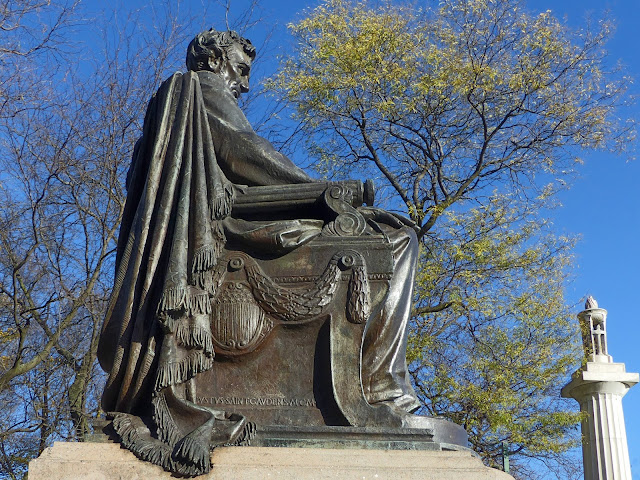 
The statue was given to the City of Chicago by John Crerar. A. Montgomery Ward opposed the placement of this statue in Grant Park. 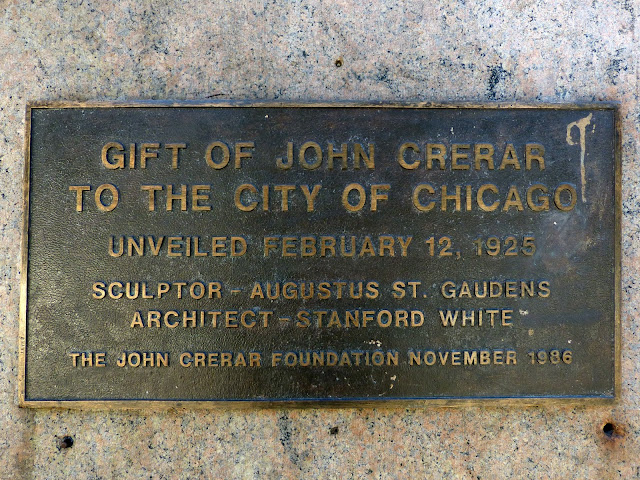 This 1909 2-¢ postage stamp was modeled on Saint Gaudens Sitting Lincoln. 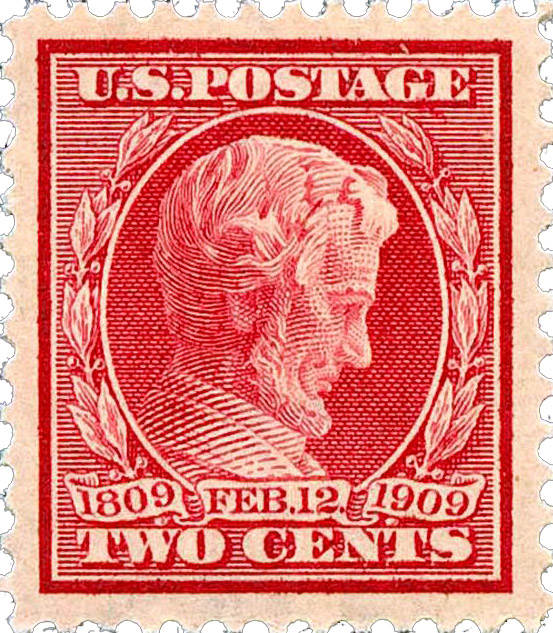 "On January 2, 1909, Pres. Teddy Roosevelt wrote a letter to Gaudens' widow for permission to have a profile photograph made of {Gaudens model bust for Seated Lincoln} that could be used by the portrait engraver of the stamp to be issued on February 2, 1909 .... The photograph was made, and the engraving for Scott 367 was made from it. The angle Lincoln's head on Gaudens' working bust accounts for the somewhat introspective attitude of Lincoln's head on the 367-369 stamps." -- Steven J. Stratford, US 1909.com Saint-Gaudens Archived July 17, 2011, at the Wayback Machine. 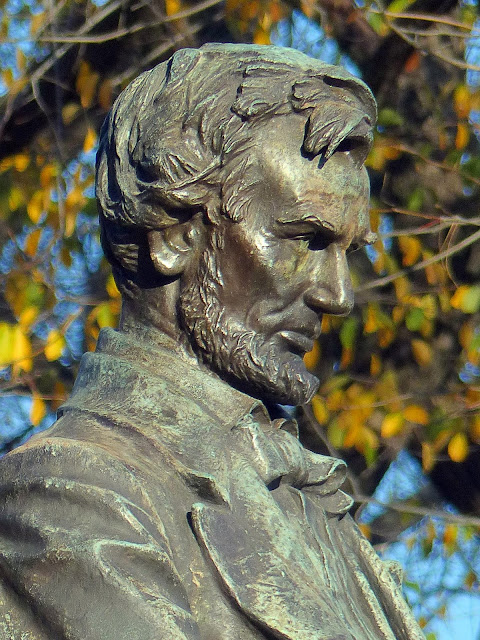 The exedra around the statue was designed by Stanford White. 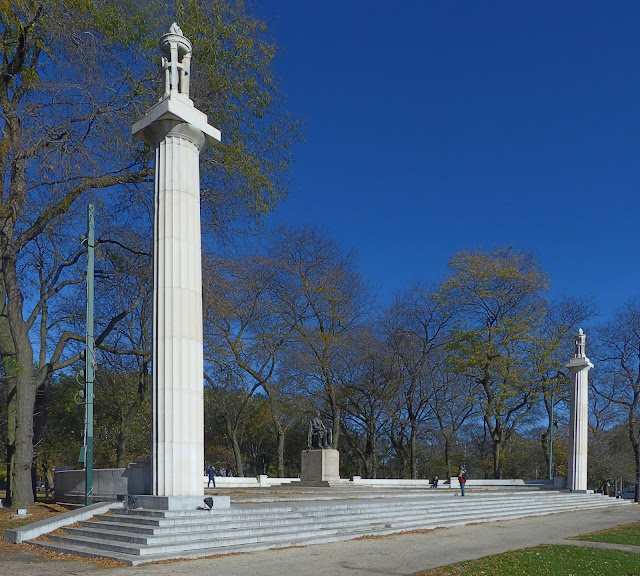 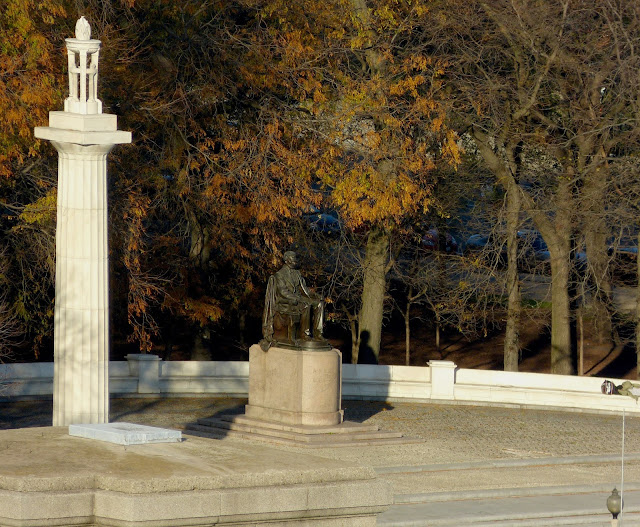 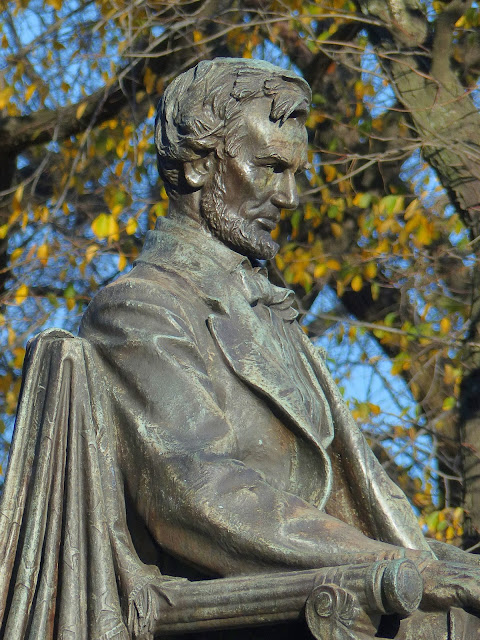 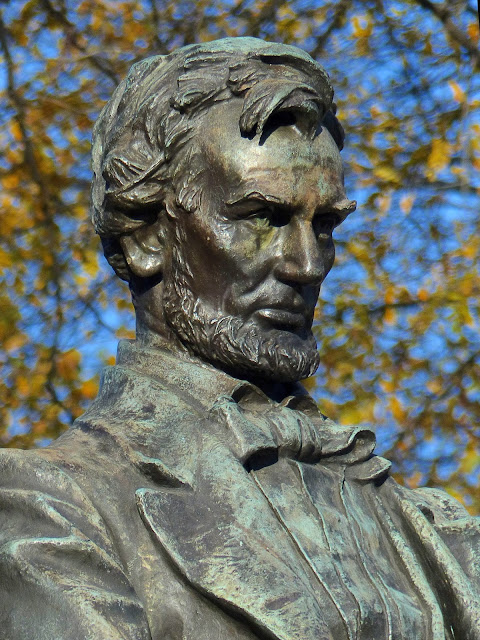