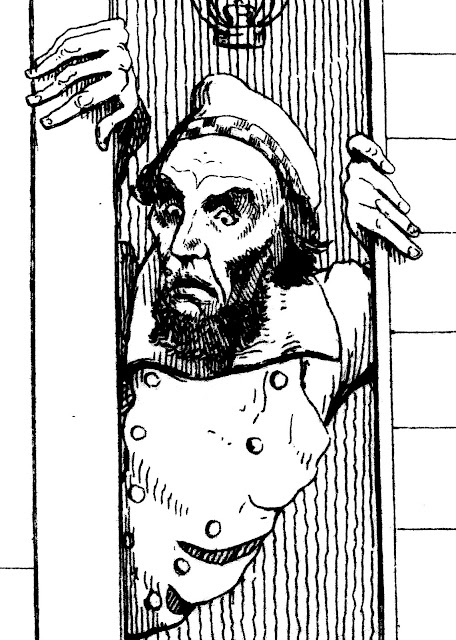 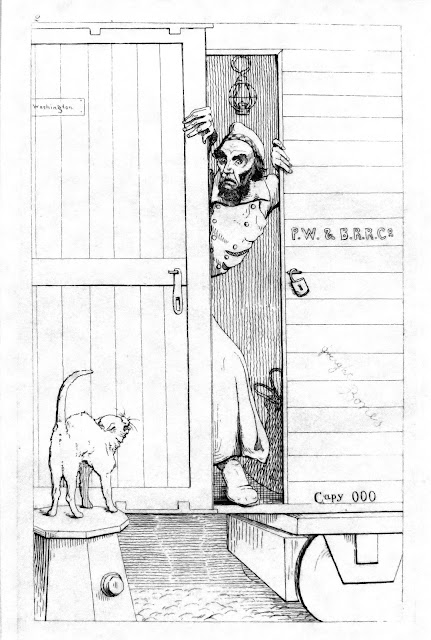 This 1863 cartoon of Lincoln sneaking into Washington entitled "Passage through Baltimore" by Adalbert John Volck hangs in the National Portrait Gallery in Washington, DC.


"The South responded with fury to Abraham Lincoln's election, and seven states, beginning with South Carolina, seceded from the Union during the winter of 1860-61. Tensions were high, and armed conflict seemed imminent. It was in this atmosphere that lincoln made his way from Springfield, Illinois, to Washington for the inauguration in March. When the president-elect reached Baltimore, credible rumors surfaced of a possible assassination attempt. So under advice from detective Alan Pinkerton, Lincoln was hurried on to Washington, arriving early in the morning, with no fanfare. This surreptitious entry caused much mirth among southerners, who sniggered at Lincoln's cowardice. Adalbert Volck's etching mocks the president's timidity, showing Lincoln, still wearing a nightshirt and cap, pulling into Washington in the boxcar in which he had been hidden, an apparition that scares the railyard cat." -- National Portrait Gallery 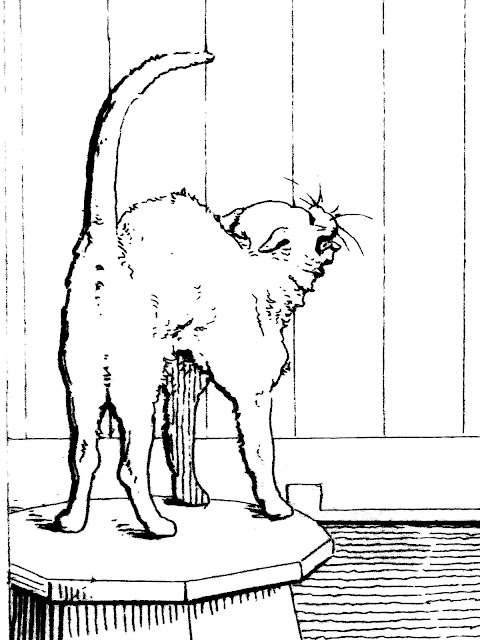 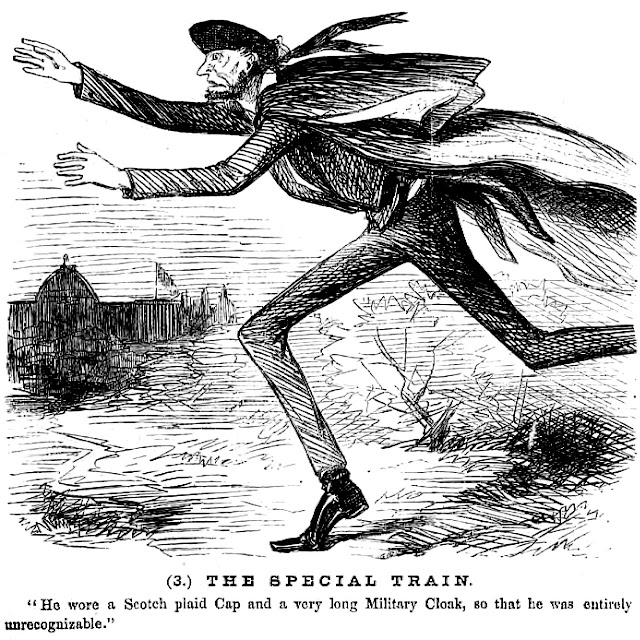 (3.) The Special Train.
“He wore a Scotch plaid Cap and a very long Military Cloak, so that he was entirely unrecognizable.”

Alexander K. McClure in his 1892 book Abraham Lincoln and Men of War-Times puts the story to rest:

The sensational stories published at the time of his disguise for the journey were wholly untrue. He was reported as having been dressed in a Scotch cap and cloak and as entering the car at the Broad and Prime station by some private alley-way, but there was no truth whatever in any of these statements. I saw him leave the dining-room at Harrisburg to enter the carriage with Curtin and Lamon. I saw him enter the car at the Harrisburg depot, and the only change in his dress was the substitution of a soft slouch hat for the high one he had worn during the day. He wore the same overcoat that he had worn when he arrived at Harrisburg, and the only extra apparel he had about him was the shawl that hung over his arm. When he reached West Philadelphia he was met by Superintendent Kenney, who had a carriage in waiting with a single detective in it. Lincoln and Lamon entered the carriage and Kenney mounted the box with the driver. They were in advance of the time for the starting of the Baltimore train, and they were driven around on Broad street, as the driver was informed, in search of some one wanted by Kenney and the detective, until it was time to reach the station. – A. K. McClure