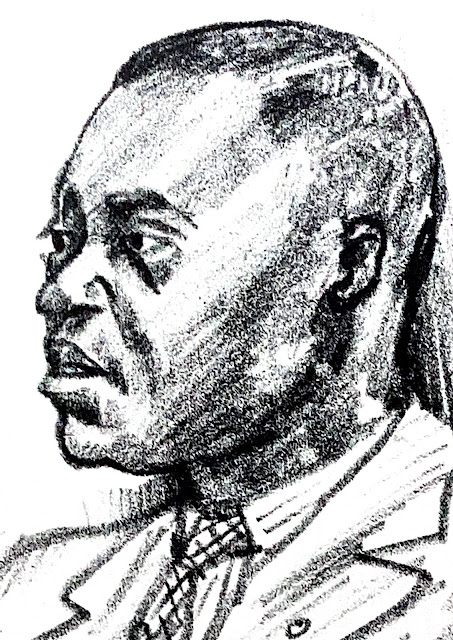 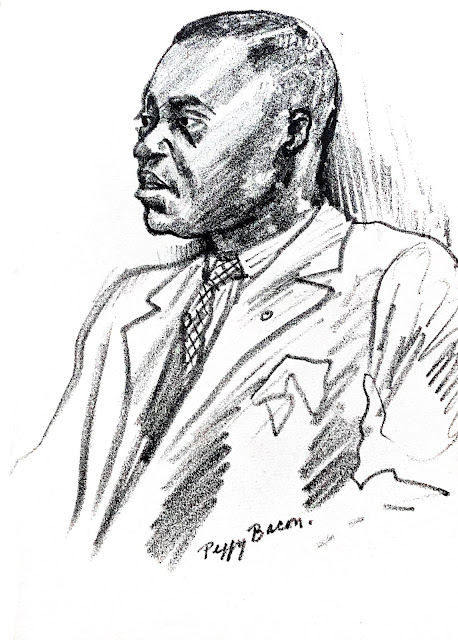 This caricature of tap dancer Bill “Bojangles” Robinson by Peggy Bacon appeared in Bacon's 1934 book Off With Their Heads!. Bacon's description of Robinson is:

Head like an Allegretti chocolate cream, smooth, sweet, black, shiny. Verticle ridge up center of forehead, Eyes round as a calf's set in swirl of broad wrinkles, with a swift smudge of eyebrows and eyelids carved like lips. Wool cropped close. Wide flat nose. Soot-black mouth, thick, infantile. Body firm, muscular, poised, in a well-cut suit of violet blue, with a green hanky, diamond stick-pin, plaid cobalt tie, striped shirt, gold safety-pin and button in lapel. Air of child-gaiety with a good look like Sunday school and the simple loftiness of a jungle potentate.

Bill Robinson, nicknamed Bojangles (born Luther Robinson; May 25, 1878 – November 25, 1949) was an American tap dancer, actor, and singer, the best known and the most highly paid African-American entertainer in the United States during the first half of the 20th century. His long career mirrored changes in American entertainment tastes and technology. His career began in the age of minstrel shows and moved to vaudeville, Broadway theatre, the recording industry, Hollywood films, radio, and television.  -- Wikipedia

The portrait is accompanied by this vignette. 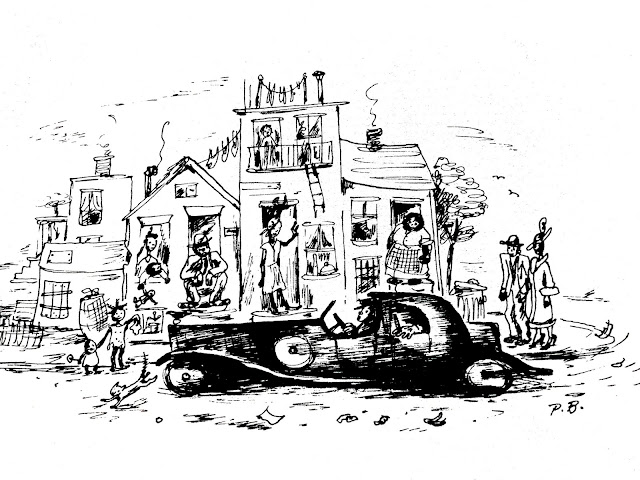 The punch line of which is that Bill Robinson only appears as a hand sticking out the window of a chauffeured limousine,  carrying a cigar. 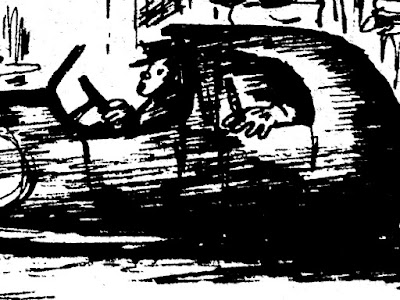 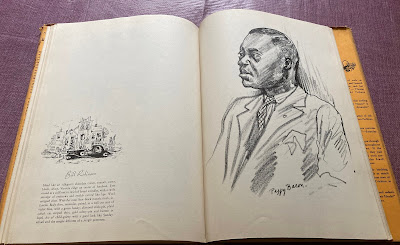 This 1930 Carl Van Vechten photo, belongs to the Library of Congress. 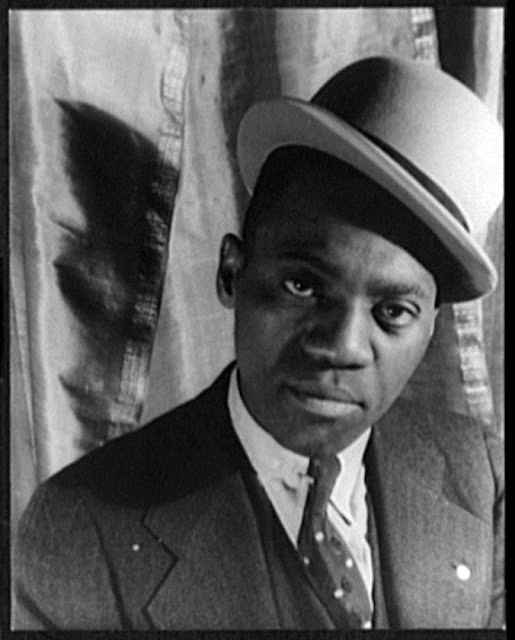 Bill Robinson
Robinson was drum major for the Harlem Hellfighters in WW1 and is credited coining the term “copacetic” or a least popularizing it. He was rich and notably charitable but was deeply in debt when he died.
Bill Robinson is said to have set the world record for running backwards, 75 yards backward in 8.2 seconds. That's perhaps an apt metaphor for the embarrassing backwardness of Robinson's elegant performances. He is perhaps most famous for movie roles as a dancing butler in several Shirley Temple movies. Here he hums “Old Kentucky Home” and other southern favorites while dancing on the stairs, “now you just watch....”
That may have seemed extremely progressive at the time, in fact it was the first inter-racial dance in the movies. But, in 2021, it's hard not to cringe at Robinson's portrayal of a happy-go-lucky servant in the post-Civil War south.
Robinson died on November 25, 1949. The Miami Times noted that:

The City of New York paid much honor to the memory of Bill (Bojangles) Robinson. The day of the funeral schools were closed. Thousands passed by his bier as it stood in the armory and at Abysinnia Baptist Church and millions lined the streets for a last look at what remained of the famous actor.

The New York Times, issued an effusive obituary.
In a 1949 remembrance of Bill “Bojangles” Robinson, A. D. Braithwaite called out Robinson's “Uncle Tomishness with whites” but ended on this note:

But if Bill's antics pained many who otherwise might have felt less restrained in their warmth toward him, it must be honestly stated that there was one time that he really rose to the occasion. During the last war when the famous Zanzibar Night Club in New York was in full swing it was the general policy of the club to sit Negroes together in remote section of the mammoth place. They tried to move Bojangles and his party to the side one night and a friend who happened to be there said he really tore the roof down with his protest.
Perhaps, after all, Bill merely reflected the tenor of the generation of entertainers of which he is a part and which is slowly giving way to more socially-conscious performers like Canada Lee, Lena Horne, Josh White, etc. But not Clarence Muse, Stephen Fetchit or “Beulah.”
For all his shortcomings, may Bill's soul rest in peace.

The Union General who got away with Murder. 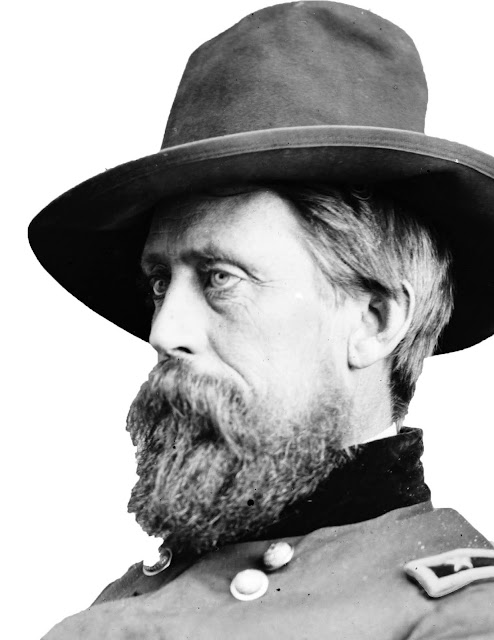