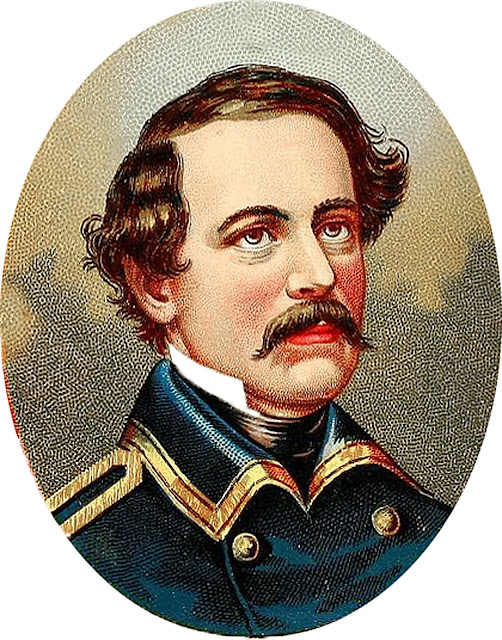 This chromolithograph of the famous Confederate General is part of a cigar box label by the O. L. Schwencke, Lithograph Co.  This particular instance seems to have be stuck on a blank page in the copy of Gen. Robert Edward Lee; Soldier, Citizen, and Christian Patriot by  R. A. Brock,  1897, which now appears in Internet Archive. 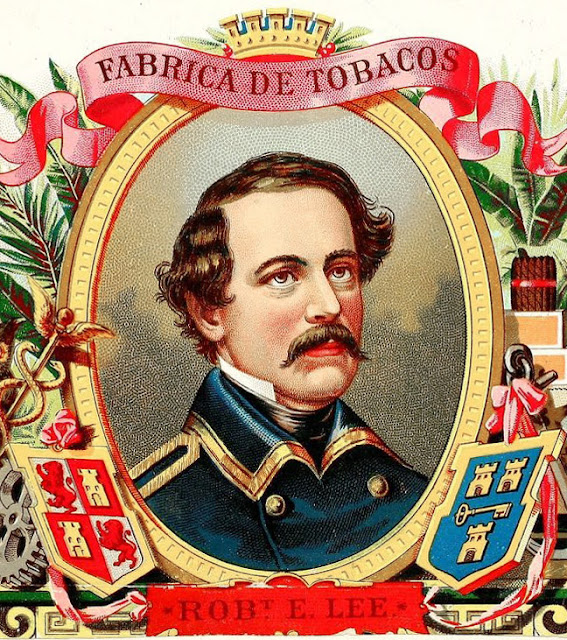 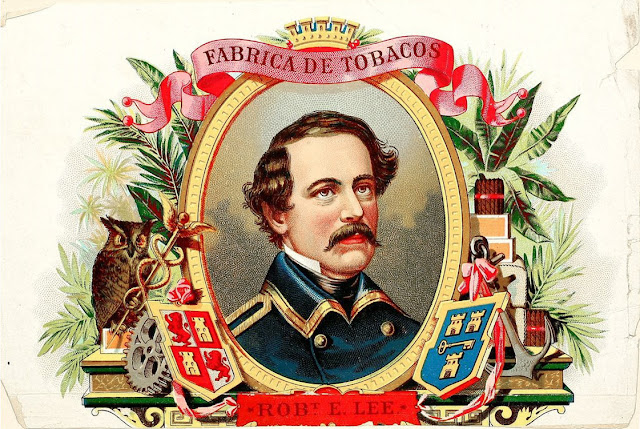 It shows Lee not as the gray bearded general of the Civil War but as a brown haired colonel of 1859-60 or so. This small picture also from Brock 1897 matches Lee's look on the cigar label pretty well. 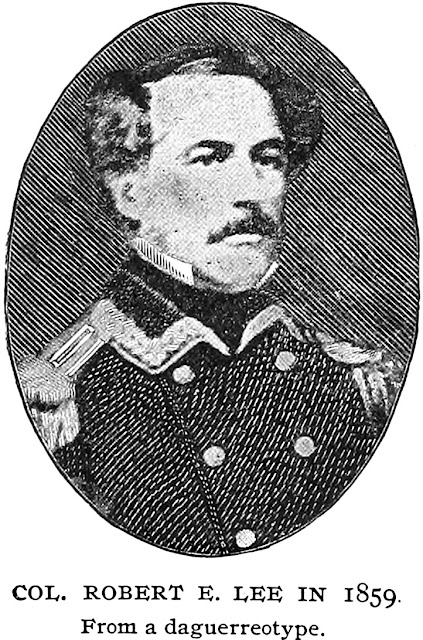 Col. Robert E. Lee in 1859
A that time Lee was a colonel of cavalry in Texas as the label on this photo, from Brock 1897, indicates. 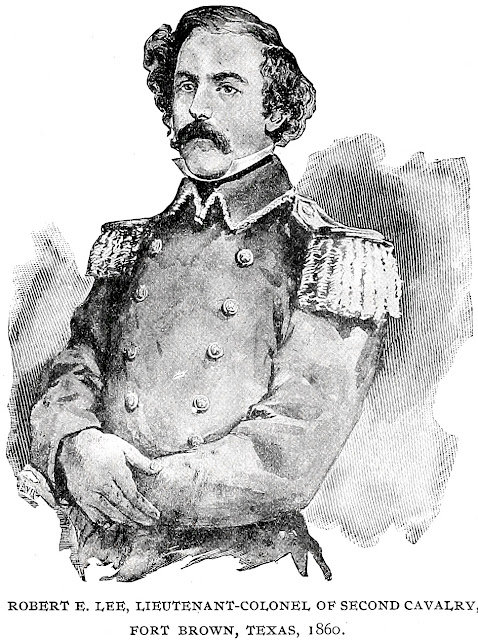 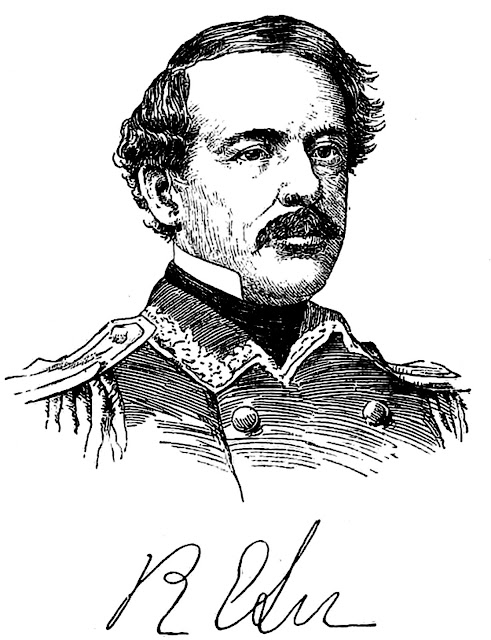 Contrast those with this chromolithograph of Robert E. Lee in civilian clothes after 1865 by James Fuller Queen. 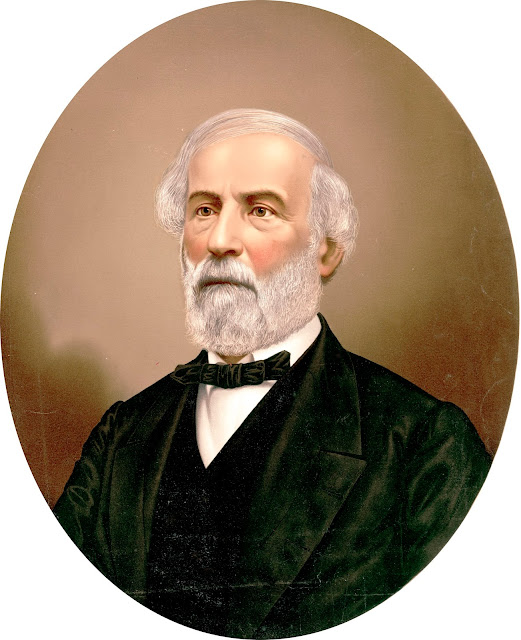 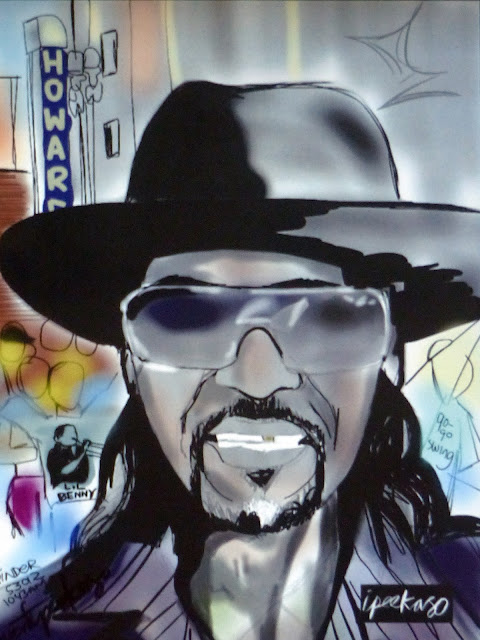