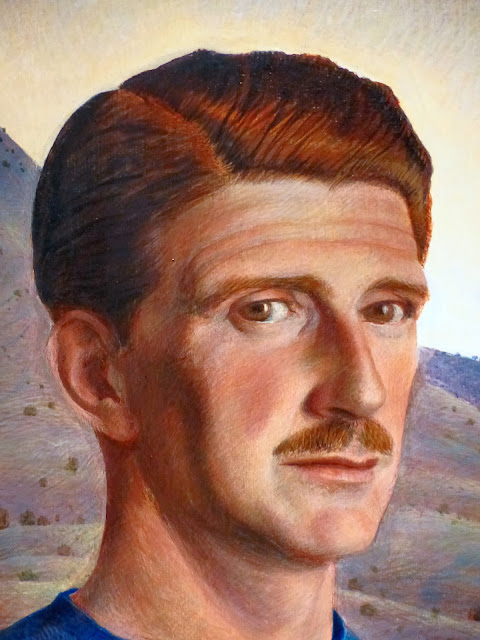 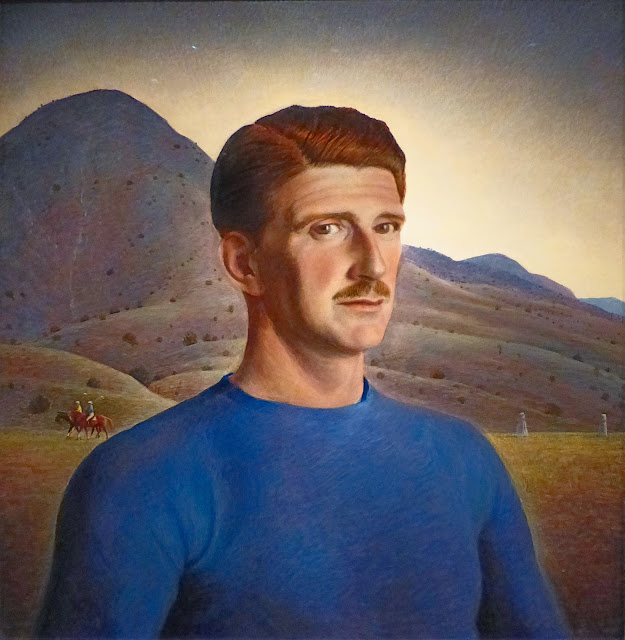 This 1941 portrait of Eric Knight (1897-1943) by Peter Hurd hangs in the National Portrait Gallery in Washington, DC.


"Writer Eric Knight was raised in England and worked in factories there before immigrating to Philadelphia in 1912. After serving in World War I, he worked as a journalist and theater critic until selling his first short story in 1930. Knight eventually returned to his Yorkshire roots in his writing, including the critically successful book The Happy Land, about a mining family. But he is best known for creating the fictional collie Lassie in Lassie Come-Home (1940), adapted from his short story in the Saturday Evening Post. Lassie was phenomenally successful, spawning a series of books; movies, beginning in 1943 with Lassie Come Home, starring Elizabeth Taylor and Roddy McDowall; and a long-running television series that first aired in 1954. Knight commissioned his good friend Peter Hurd to create this portrait." -- National Portrait Gallery