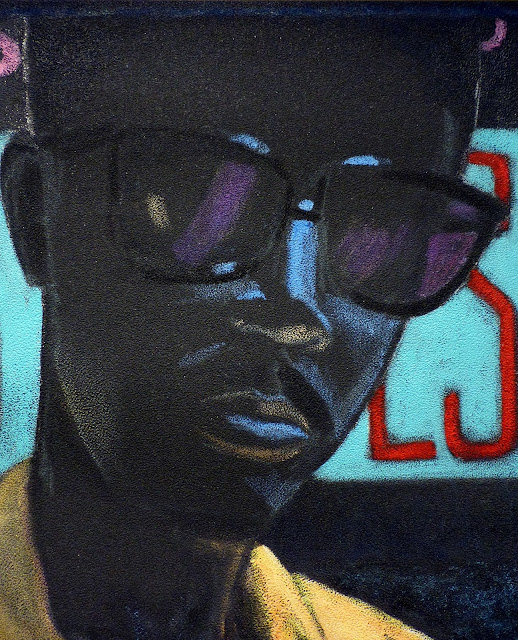 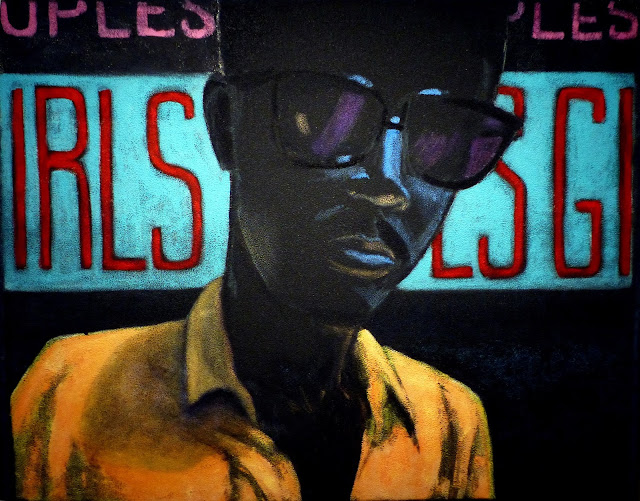 This painting of Fab 5 Freddy - Fred Brathwaite - by Jane Dickson hangs in the National Portrait Gallery in Washington, DC.


"Between the late 1970s and the early 2000s, hip-hop developed from a New York City urban subculture of African American and Puerto Rican youth into a powerful industry that had become the most widely listened-to music genre internationally. Fred Brathwaite, aka Fab 5 Freddy, was instrumental to this process. Coming out of the street art scene during the 1970s, which included luminaries like Jean-Michel Basquiat and Keith Haring, Brathwaite derived his nickname from his association with the Fabulous 5 graffiti group that painted the sides of the city's subways. Through graffiti exhibitions that he curated in the galleries and rock clubs of downtown Manhattan, Fab 5 Freddy helped connect street culture with the city's art scene. In 1988 he became the host of MTV's first foray into rap: Yo! MTV Raps.