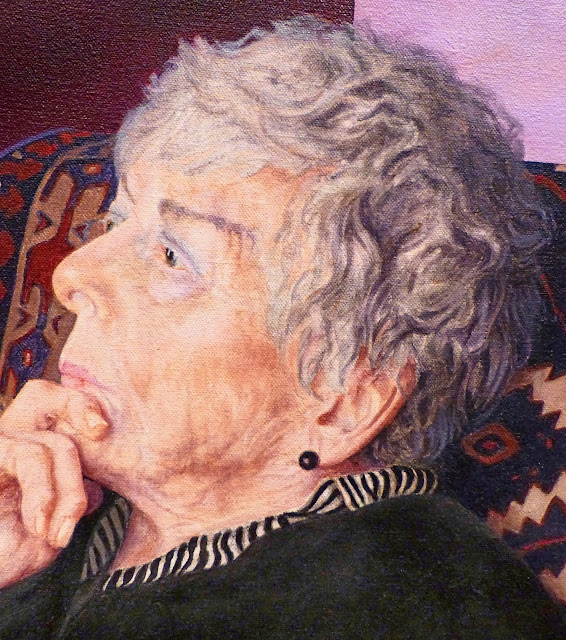 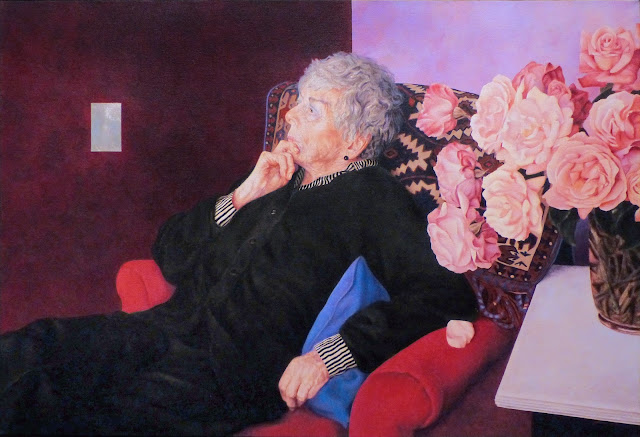 
"Mary Frances Kennedy Fisher wrote elegant books and essays about the history, sociology, and pleasures of food. From the joys of a tangerine section toasted on a radiator and then cooled on a snowy windowsill to the taste of her first raw oyster, Fisher, with her sensuous prose, won the respect of many literary figures, including W. H. Auden and John Updike, who called her 'a poet of the appetites.' She spent much of her life in California, where she wrote such classics as Consider the Oyster (1941) and How to Cook a Wolf (1942), which gave advice on cooking with wartime rations. Late in life, while living in Glen Ellen, California, she sat for Ginny Stanford, who captured a strong woman looking into an unknown future 'illuminated by a single silver icon.'" -- National Portrait Gallery

How to Cook a Wolf, is number 32 in the All-TIME 100 Nonfiction Books. 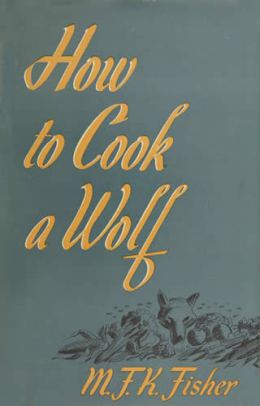 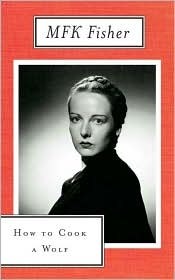