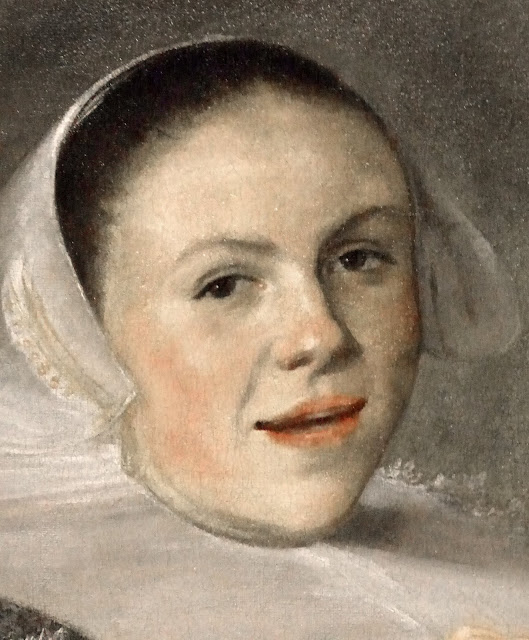 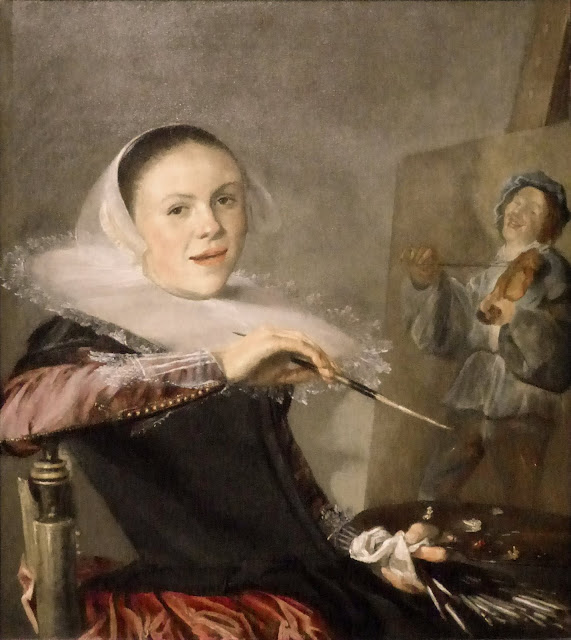 This c. 1630 self-portrait of Judith Leyster hangs in the National Gallery of Art in Washington, DC.


Judith Leyster’s Self-Portrait exudes self-confidence in her abilities, and it has become one of the National Gallery of Art’s most popular Dutch paintings. Leyster has depicted herself at her easel, briefly interrupting work on a painting of a violin player to interact with the viewer. The momentary quality of the portrait and the vigorous brushwork echo the work of Frans Hals (c. 1582/1583–1666), Haarlem’s most celebrated portrait painter and Leyster’s colleague. By juxtaposing her hand holding a brush with the hand and bow of the violin player, Leyster cleverly compares the art of creating ephemeral music with the art of creating timeless paintings. She holds the tools of her trade—a palette, a cloth, and no fewer than eighteen brushes. In reality she would not have worn the elegant dress and lace-trimmed collar while at work in her studio.

Leyster entered into the Saint Luke’s Guild of Haarlem as an independent master in 1633. As a master in her own right, a rarity for a female artist at the time, Leyster established her own workshop and had paying students. Five years earlier, her proficiency and talent had already drawn public praise. A chronicler of Haarlem described Leyster, then only nineteen years old, as a painter of "good and keen insight." In the late 1640s, another city historian wrote that among the many women experienced in the field of painting, "one excels exceptionally, Judith Leyster, called ‘the true leading star’ in art." The compliment cleverly alludes to the artist’s family name, which means "lodestar." The artist herself incorporated a star in her professional signature, the monogram JL*. Following her marriage to fellow Haarlem artist Jan Miense Molenaer in 1636, Leyster stopped producing art in her own name but probably continued to paint in collaboration with, and in the workshop of, her husband.  - National Gallery of Art 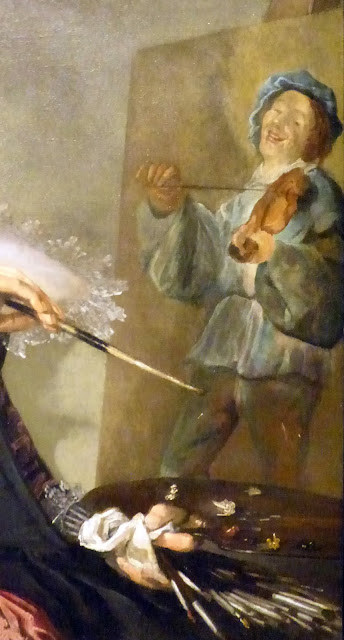 The fiddler in the painting-within-a-painting seems to lean on the picture frame. 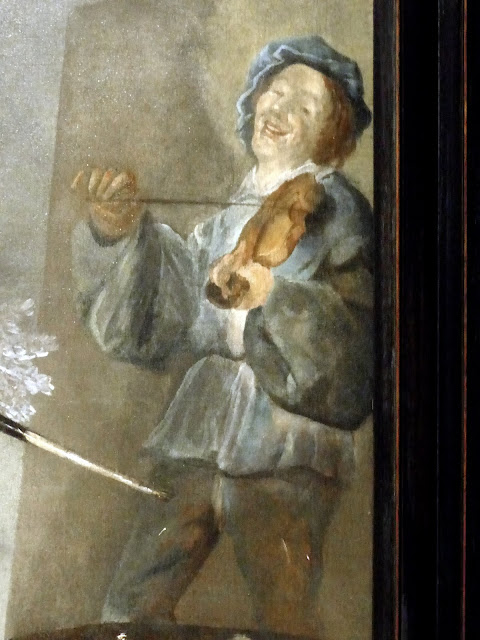 This later self-portrait was recently discovered in a English country house. It sold at Christie's for £485,000. It originally belonged to Judith's husband Jan Miense Molenaer. 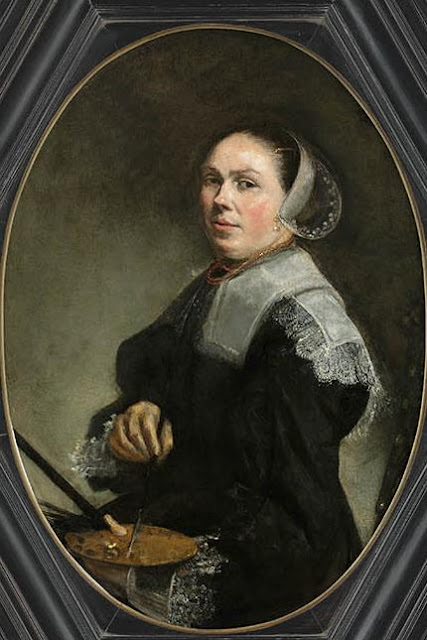 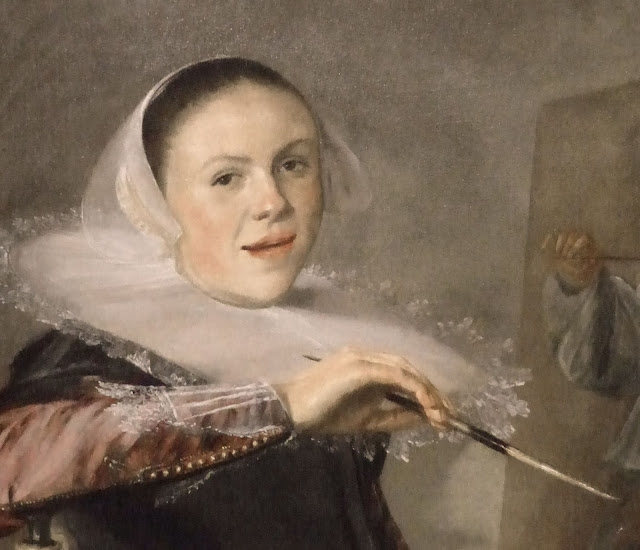