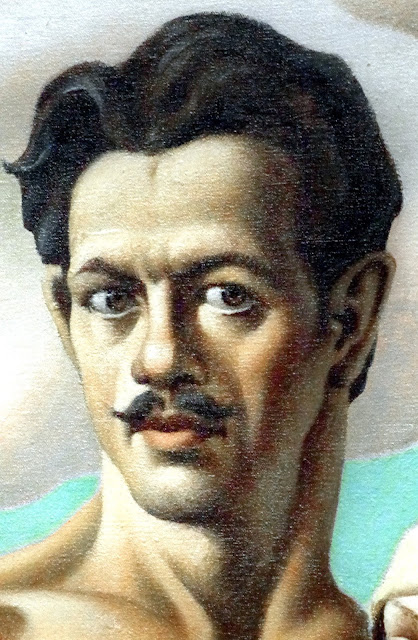 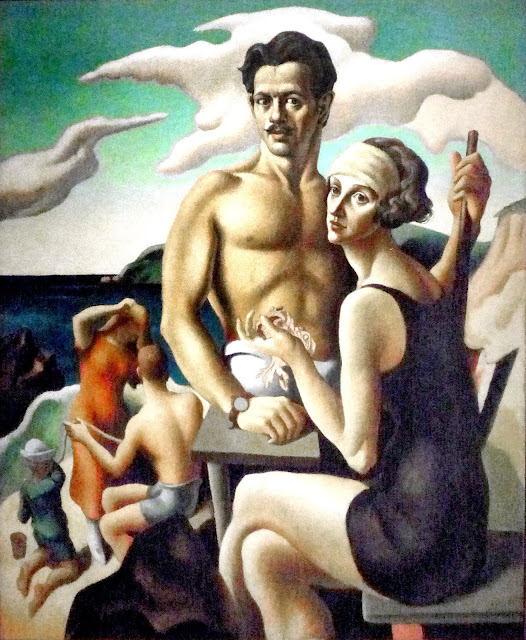 This c. 1924 painting entitled “Self-Portrait with Rita” by Thomas Hart Benton (1889-1975) hangs in the National Portrait Gallery in an exhibition on self-portraits.


At the turn of the twentieth century, Thomas Hart Benton was among many young painters who embraced abstraction. He soon rejected that brand of modernism however, and emerged in the 1920s as a leader of the regionalist school of realism, whose primary concern was the portrayal of local life and history in America.

Benton made this portrait of himself and his wife (wearing the latest in bathing-suit fashion) at Martha's Vineyard in Massachusetts, sometime around 1924. Best known for his panoramic murals, he brought to his works a boldness of composition that led one critic to describe him as “the most vigorous and virile of our painters.” Benton was also interested in Hollywood's star culture, and his bare­chested likeness in this work may reference Douglas Fairbanks Sr.'s appearance in The Thief of Bagdad (1924). -- National Portrait Gallery 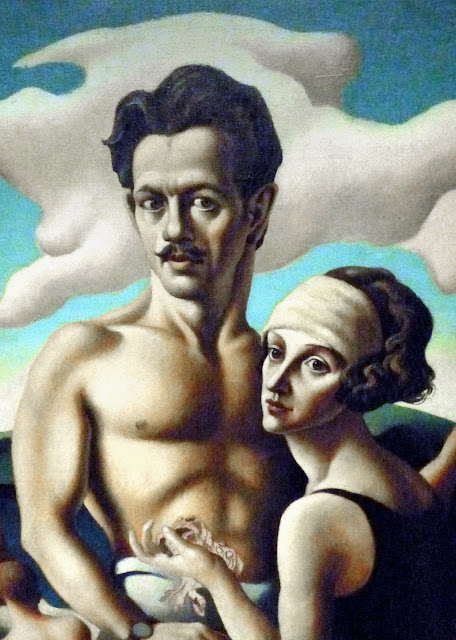 This April 16, 1935 photo of Thomas Benton by Carl van Vechten belongs to the Library of Congress. 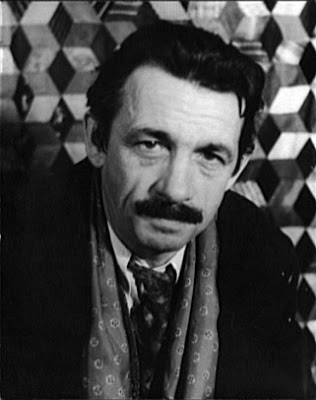