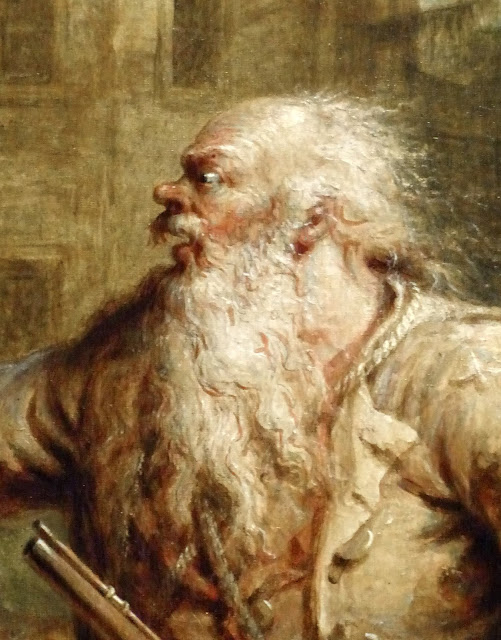 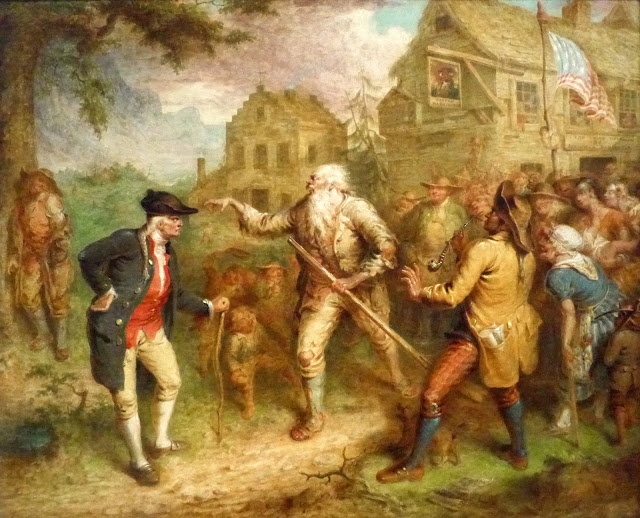 This 1849 painting entitled “The Return of Rip Van Winkle” by John Quidor hangs in the National Gallery of Art in Washington DC.


Washington Irving's Sketch Book, published serially in London and New York journals in 1820, captivated readers worldwide. Quidor's Return of Rip Van Winkle accurately sets the scene in the Catskills and shows brick houses with step-gabled, Dutch roofs. The mountains and buildings are the only familiar elements to poor Rip, who'd been drugged by Henry Hudson's enchanted crew twenty years earlier. Having slept through the Revolutionary War, Rip finds a flag bearing "a singular assemblage of stars and stripes," while the face of King George on the tavern's sign has been repainted to that of an unknown George named Washington.

Quidor's painting is a perfect pantomime to the climax of Irving's story, as Rip discovers -- to his bewilderment -- that he has a son and grandson, both namesakes. The scene is animated by thick strokes of pure white paint, phantom highlights within the golden, dreamlike haze. Quidor's obsession with depicting Rip Van Winkle has been interpreted as indicative of the artist's own search for acceptance. Although Quidor spent four years training under a society portraitist and occasionally exhibited pictures of literary themes at the National Academy of Design, he had to earn his living by painting signs and decorating fire engines. – National Gallery of Art 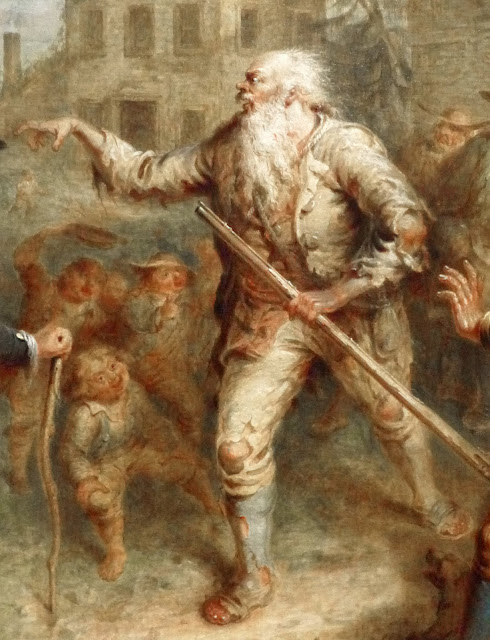 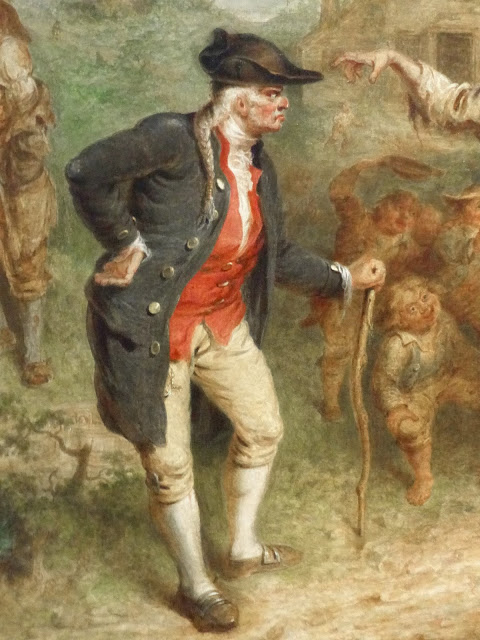 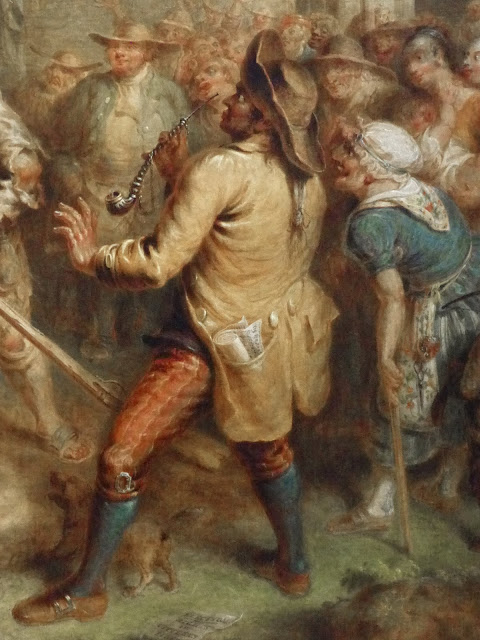 Among the wonders Rip finds are a election in progress. 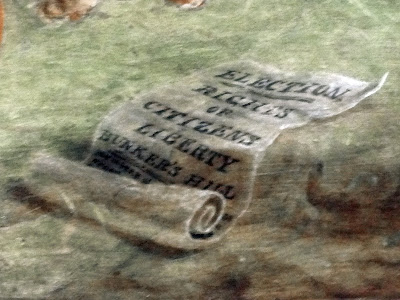 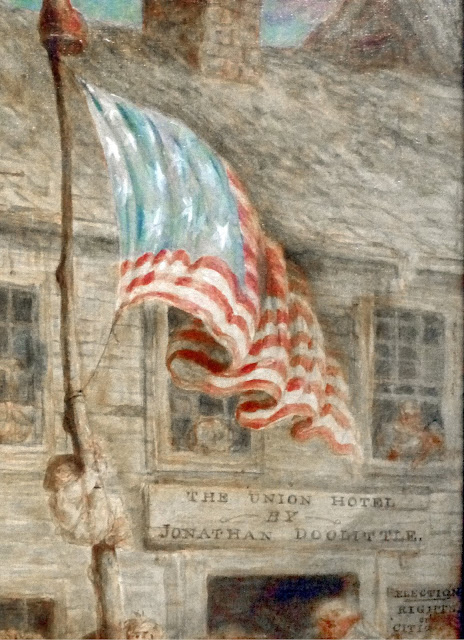 and a sign with George Washington's picture where George III's had been. 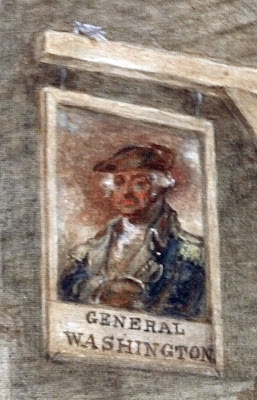 But most importantly, his grandson and namesake. in the arms of a grown daughter. 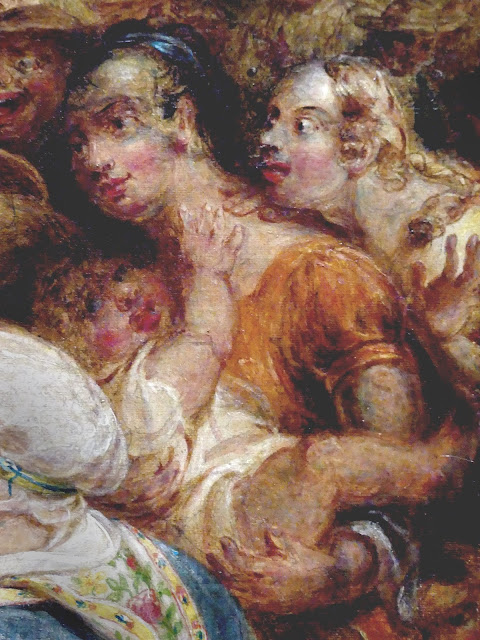 His son, also a namesake, leans against a tree on the left side of the painting.