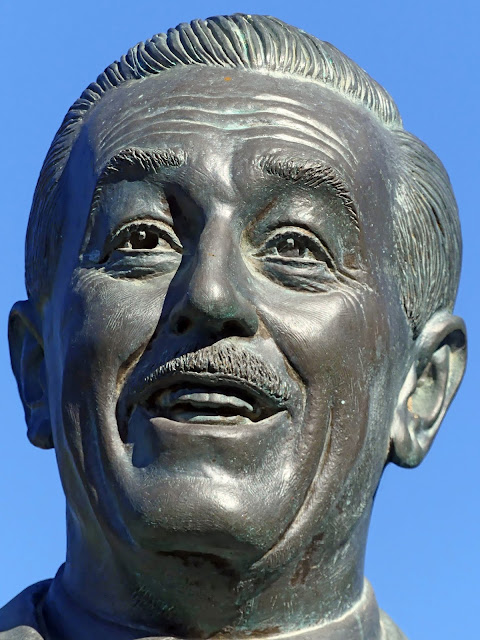 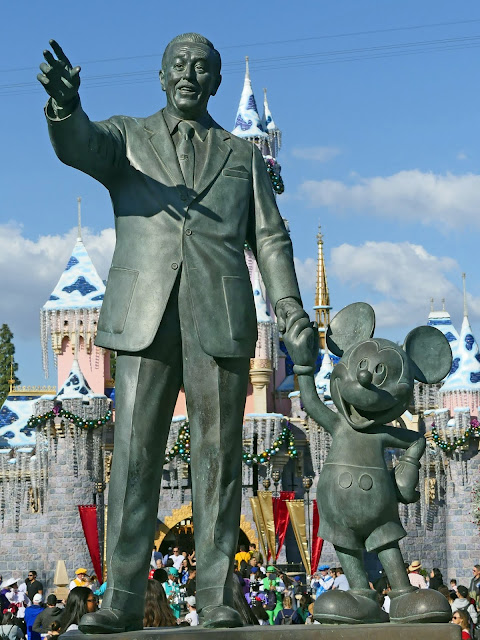 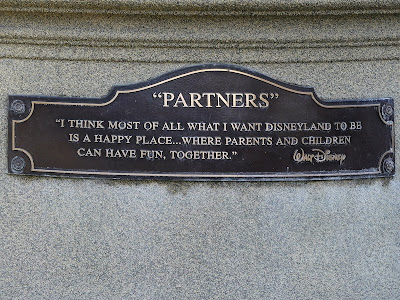 I think most of all what I want Disneyland to be is a happy place… where parents and children can have fun, together.” – Walt Disney 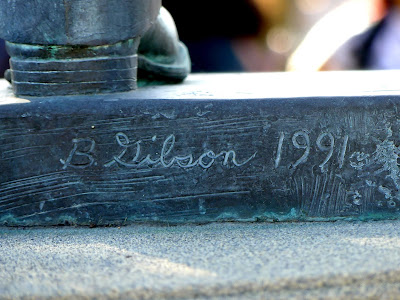 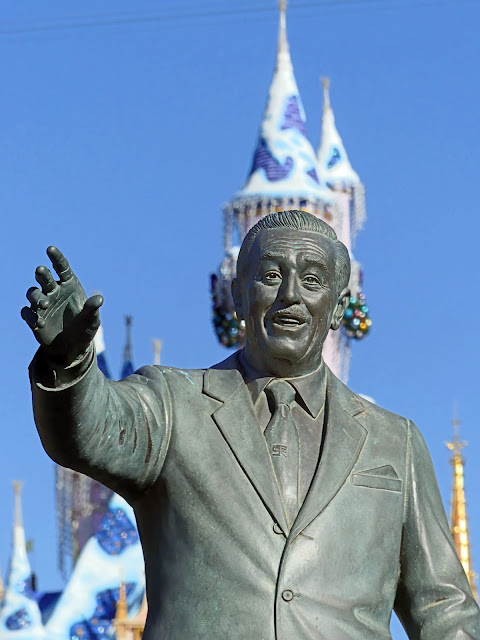 
Walter Elias Disney (December 5, 1901 – December 15, 1966) was an American entrepreneur, animator, voice actor and film producer. A pioneer of the American animation industry, he introduced several developments in the production of cartoons. As a film producer, Disney holds the record for most Academy Awards earned by an individual, having won 22 Oscars from 59 nominations. He was presented with two Golden Globe Special Achievement Awards and an Emmy Award, among other honors. Several of his films are included in the National Film Registry by the Library of Congress. 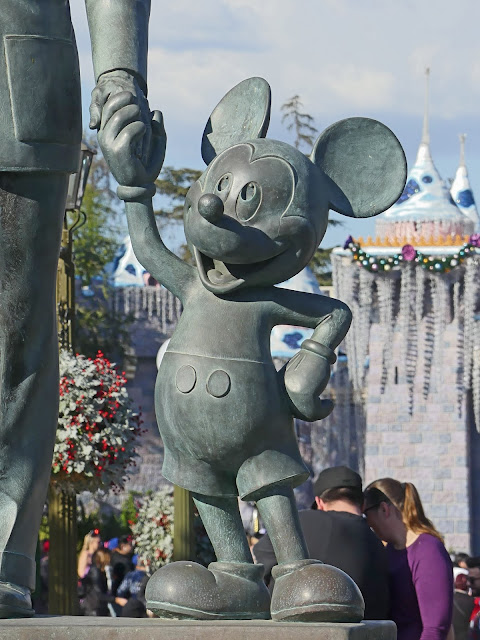 And says this about Mickey:


Mickey Mouse is a cartoon character and the mascot of The Walt Disney Company. He was created by Walt Disney and Ub Iwerks at the Walt Disney Studios in 1928. An anthropomorphic mouse who typically wears red shorts, large yellow shoes, and white gloves, Mickey is one of the world's most recognizable characters. 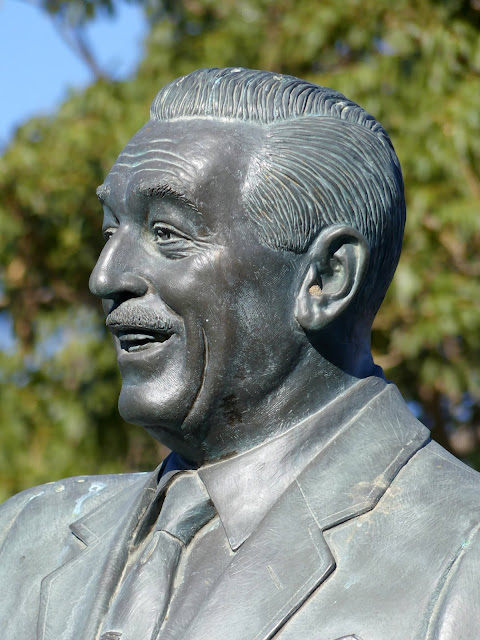 The statue was rededicated in 2001 in honor of Walt's 100th birthday. 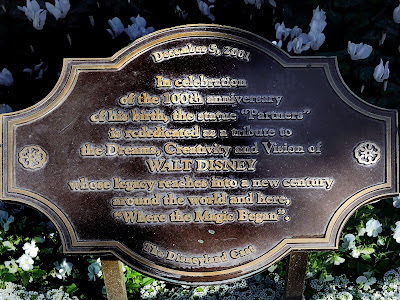 In celebration
of the 100th anniversary
of his birth, the statue “Partners”
is rededicated as a tribute to
the Dream, Creativity and Vision of
Walt Disney
whose legacy reaches into a new century
around the world and here,
“Where the Magic Began”


Walt reaches out toward the future. 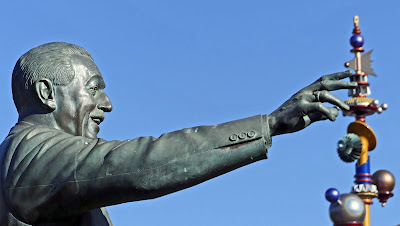 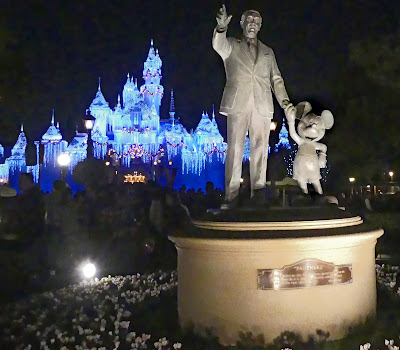 And waves goodbye at the end of the day. 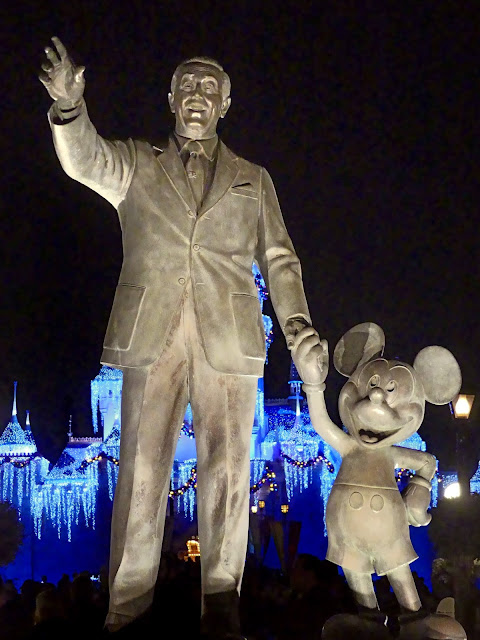 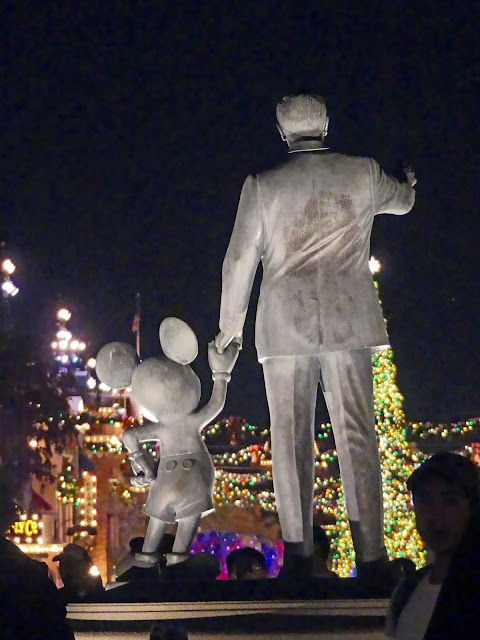