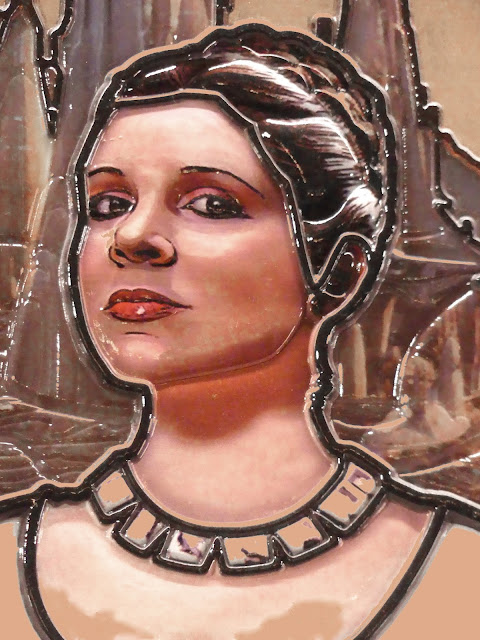 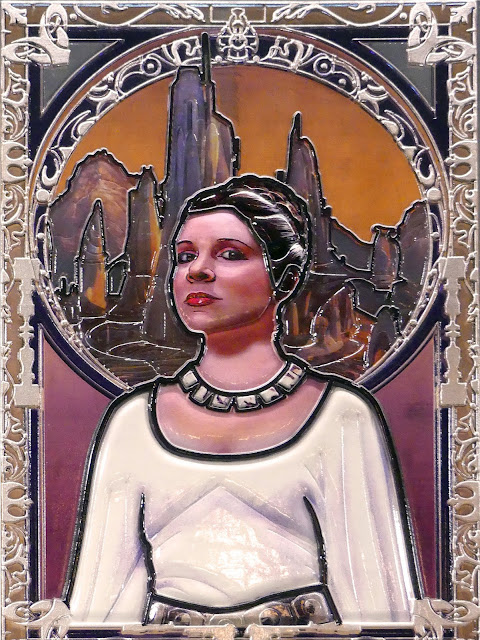 Wikipedia gives her this short bio:


Princess Leia Organa is a fictional character in the Star Wars franchise, portrayed in films by Carrie Fisher. Introduced in the original Star Wars film in 1977, Leia is princess of the planet Alderaan, a member of the Imperial Senate and an agent of the Rebel Alliance. She thwarts the sinister Sith lord Darth Vader and helps bring about the destruction of the Empire's cataclysmic superweapon, the Death Star. In The Empire Strikes Back (1980), Leia commands a Rebel base and evades Vader as she falls in love with the smuggler Han Solo. In Return of the Jedi (1983), Leia helps in the operation to rescue Han from the crime lord Jabba the Hutt, and is revealed to be Vader's daughter and the twin sister of Luke Skywalker.

The $95 portrait does not show Leia's famous "Squash Blossom" hairdo from the 1977 film. 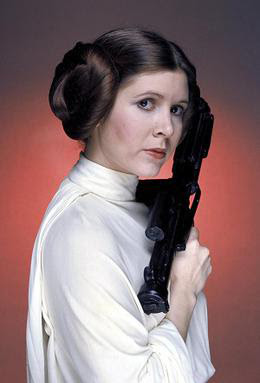 But a $29.95 "Royalty Wig" includes the "Squash Blossoms."  It's visible in the upper right corner of the photo below. 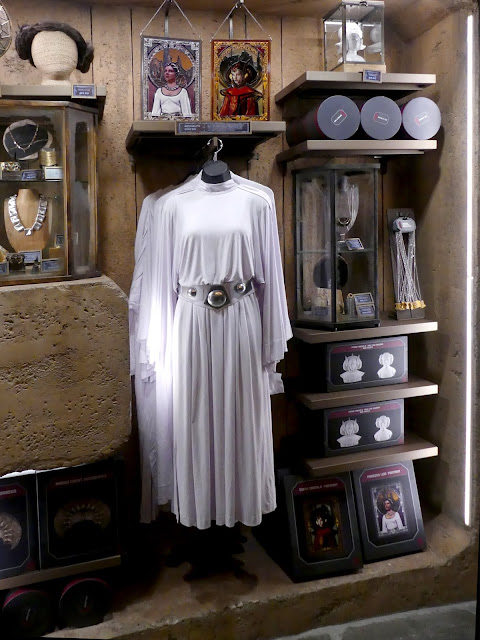 The label over Leia's Dress delineates the complex rules for costumery at Disneyland. 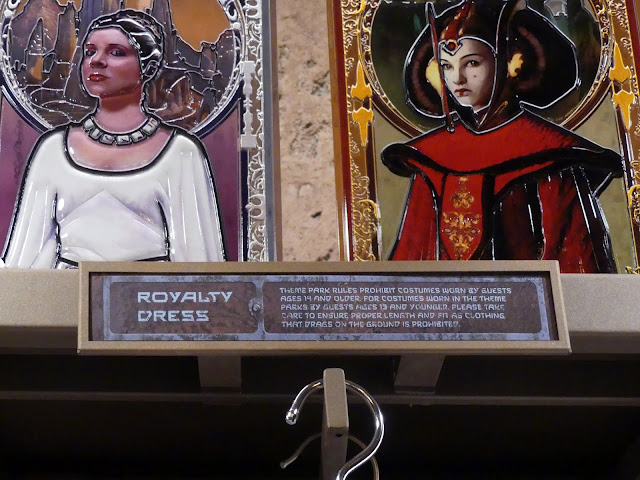