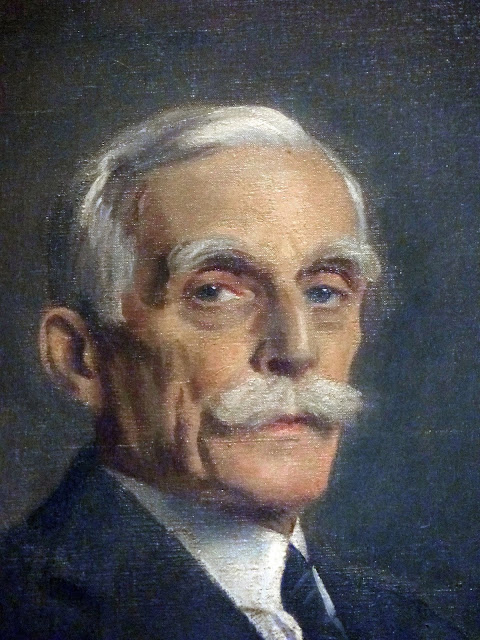 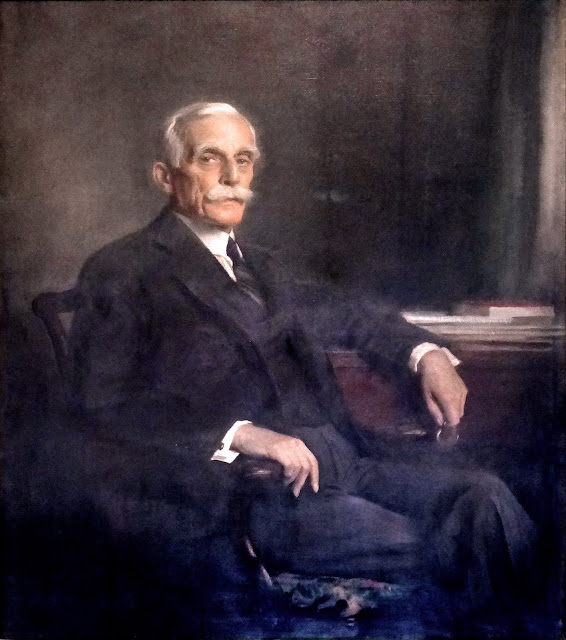 This 1933 portrait of Andrew W. Mellon by Sir Oswald Hornby Joseph Birley hangs in the National Gallery of Art in Washington, DC.


The founder of the National Gallery of Art was Andrew William Mellon (1855-1937). Having entered his Pittsburgh family's banking business at age nineteen, Mellon became a highly successful financier and industrialist. He served as Secretary of the Treasury from 1921 to 1932 in the cabinets of Presidents Harding, Coolidge, and Hoover and then acted as ambassador to Great Britain in 1932-1933.

Although Mellon had bought works of art while living in Pittsburgh, he began collecting more ambitiously after coming to Washington in 1921. His most spectacular purchases occurred in 1930-1931, when he acquired twenty-one paintings from the Hermitage Museum in Saint Petersburg, Russia. These included rare works by Jan van Eyck, Botticelli, and Titian as well as two Raphaels, four Anthony van Dycks, and five Rembrandts. In 1936 he acquired forty-two works in painting and sculpture in a single transaction with a major art dealer. Shortly thereafter, he offered his collection and a museum building to the nation.

Comprising 126 paintings and twenty-six works of sculpture, Mellon's assemblage was superb. To ensure that the museum he founded would include works of the highest caliber, Mellon proposed, and Congress then stipulated, that no work should ever be added to the Gallery "unless it be of a similar high standard of quality." Soon after construction of the National Gallery began, Andrew Mellon died, on 26 August 1937.

Sir Oswald Hornby Joseph Birley, knighted in 1949, posed Mellon at work beside his desk in a traditional seated format that began during the early 1500s. -- NGA 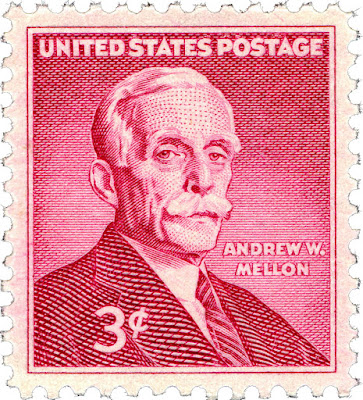 Mellon's portrait hangs over the fireplace in the Founders Room of the West Wing of the National Gallery of Art. 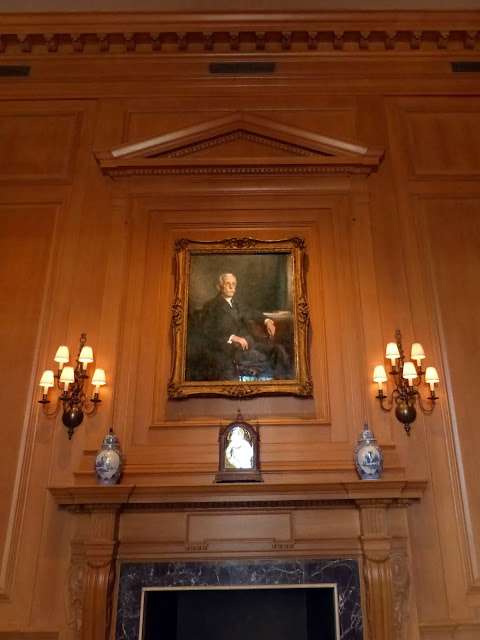