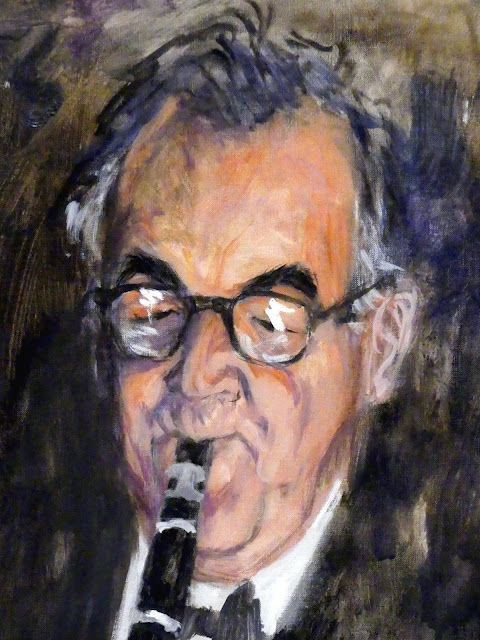 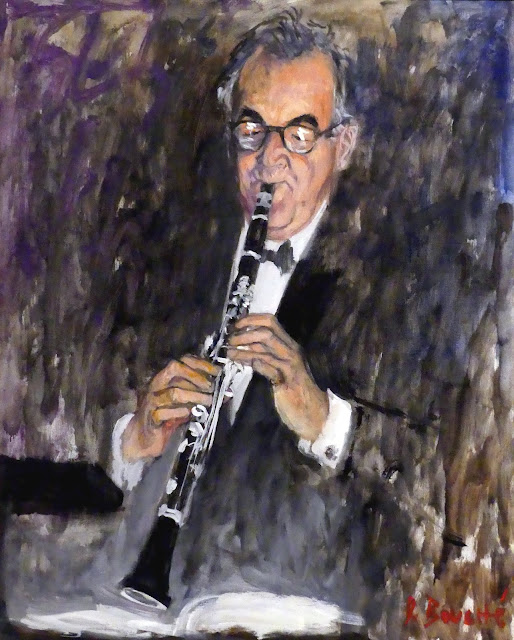 This 1960 portrait of Benny Goodman by René Bouché hangs in the National Portrait Gallery in Washington, DC.


Dubbed “the King of Swing” after a riotously successful concert at Hollywood's Palomar Ballroom in 1935, Benny Goodman took swing music into the cultural stratosphere with his band's distinctive, pulsating sound. In 1938, he brought jazz to Carnegie Hall in a legendary concert that show-cased virtuoso performances of “Sing, Sing, Sing, “Stompin' at the Savoy,” and “Don't Be That Way”. Goodman was also in the forefront of desegregating jazz, bringing such musicians as vibraphonist Lionel Hampton and pianist Teddy Wilson into his orchestra at a time when mainstream jazz was defined by black and white barriers. In the 1950s and 1960s, Goodman toured extensively, bringing the swing-era sound to new generations. He received a Kennedy Center Honors award in 1982. -- NPG 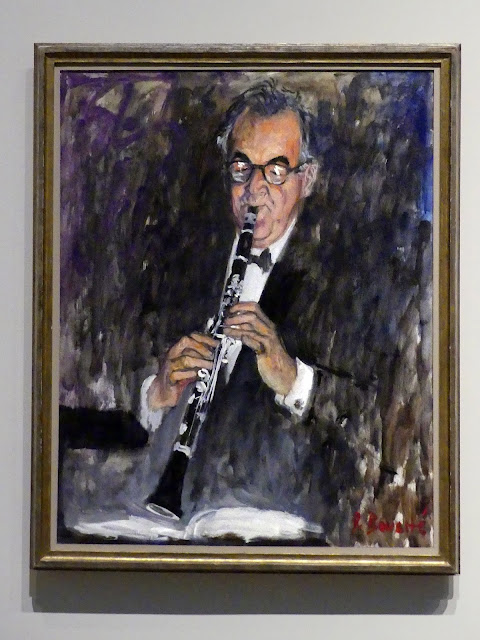