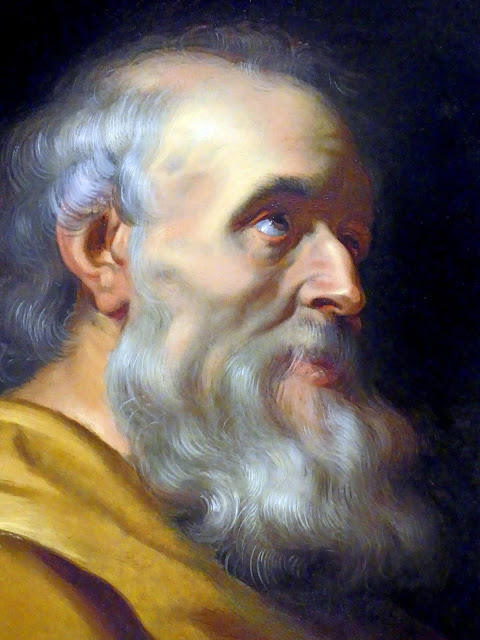 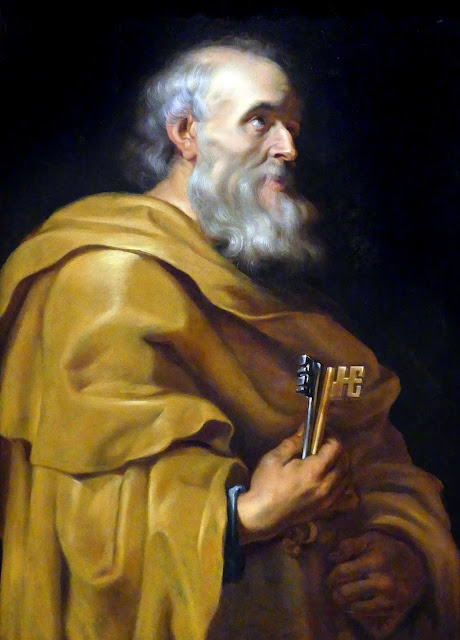 This 1616/1618 portrait of Saint Peter by an unknown artist in the studio of Peter Paul Rubens hangs in the National Gallery of Art in Washington, DC.


Saint Peter, portrayed here in half-length as a slightly balding, full-bearded patriarch, stands grasping the keys of heaven. With his deep-set eyes gazing upward to the spiritual realm, he projects the commanding authority of the apostle whom Jesus identified as the rock upon which he would build his Church and the man to whom he would entrust with the kingdom of heaven. Draped in an ocher-colored robe, his body feels strong and powerful, a reminder of his life as fisherman before joining Jesus's disciples.

Images of the twelve apostles were popular during the Catholic Counter Reformation, particularly in the wake of the Council of Trent (1565), which emphasized the great importance of saints as intercessors for the faithful. Series depicting the twelve apostles proliferated at that time, the most impressive of which was the one Peter Paul Rubens produced in the early 1610s for the Duke of Lerma, the powerful minister to King Philip III of Spain (now in the Prado).

Paintings from this series served as prototypes for other depictions of apostles stemming from Rubens's studio in the 1610s. Such was the case for this depiction of Saint Peter, which derives from the figure of Saint Philip in the Lerma Series. The poses of the two apostles are identical, with only their attributes differing—Saint Philip's large wooden having been replaced by the keys of heaven. Whether the Gallery's painting was once part of a now lost series, one of a pair of apostles (presumably with Saint Peter), or a singular work, is unknown. -- NGA 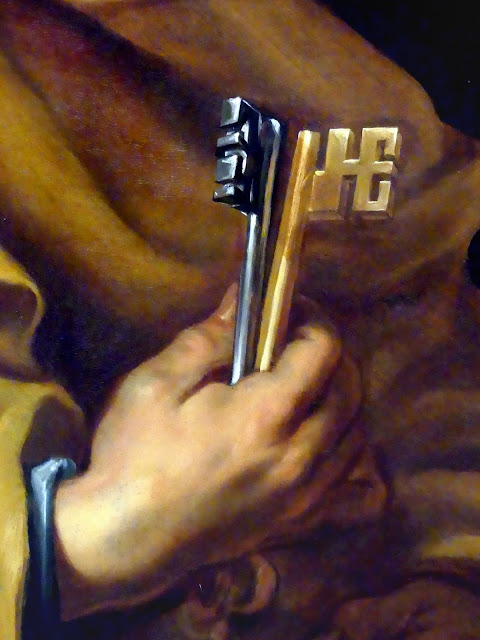 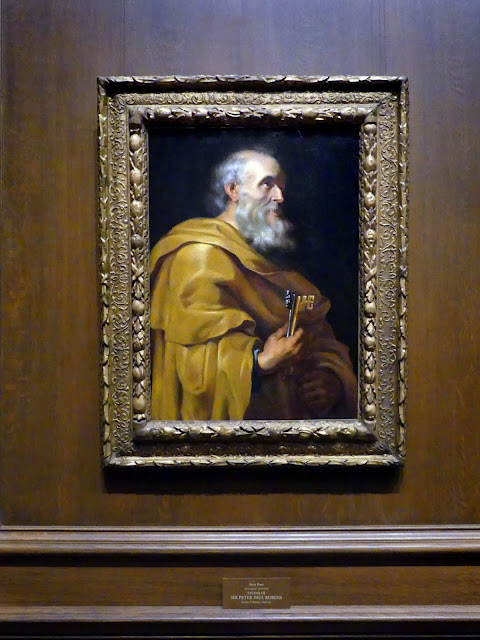