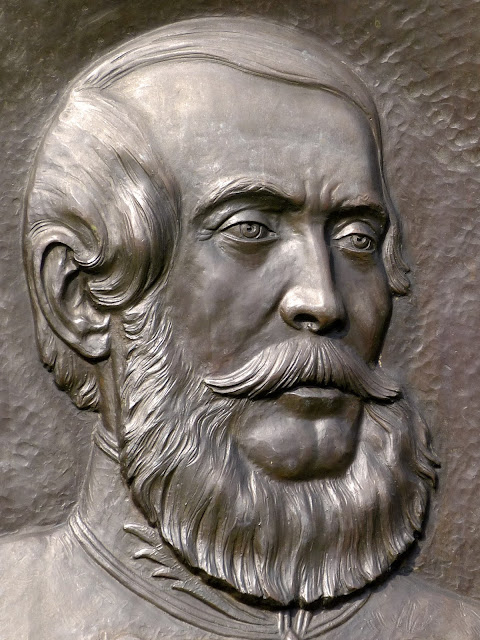 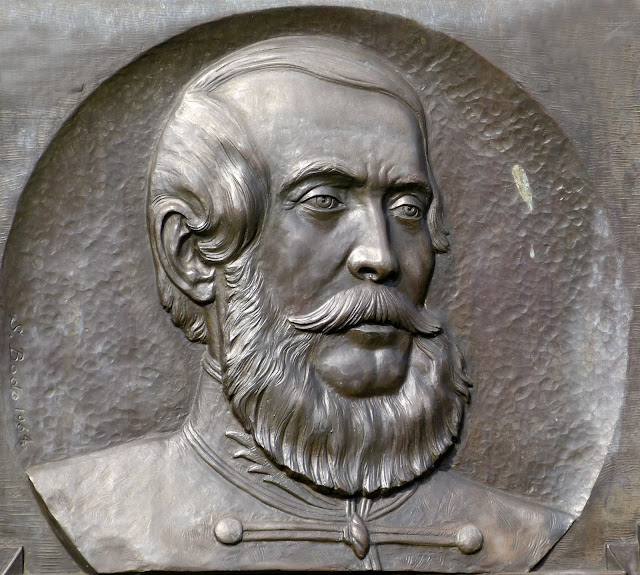 This 1964 bas-relief of Lajos〈Louis〉Kossuth by Sandor Bodo is part of a plaque at the Kossuth House on Dupont Circle in Washington, DC. 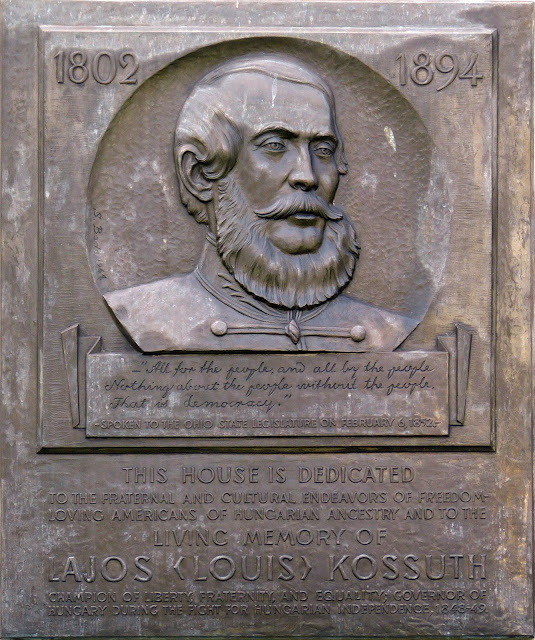 Spoken to the Ohio State Legislature on February 6, 1852
This house is dedicated
to the Fraternal and Cultural Endeavors of Freedom-
Loving Americans of Hungarian Ancestry and to the
Living Memory of
Lagos 〈Louis〉 Kossuth
Champion of Liberty, Fraternity, and Equality
Governor of Hungary
during the fight for the Hungarian Independence, 1848-49 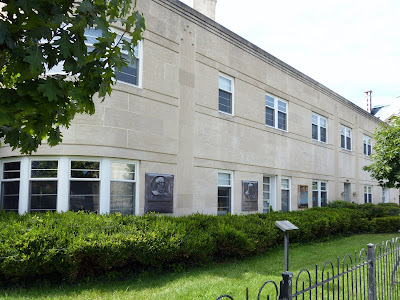 Kossuth House
This 1849 engraving of “Ludvig Kossuth, The Hungarian Leader” by N. Currier belongs to the Library of Congress. 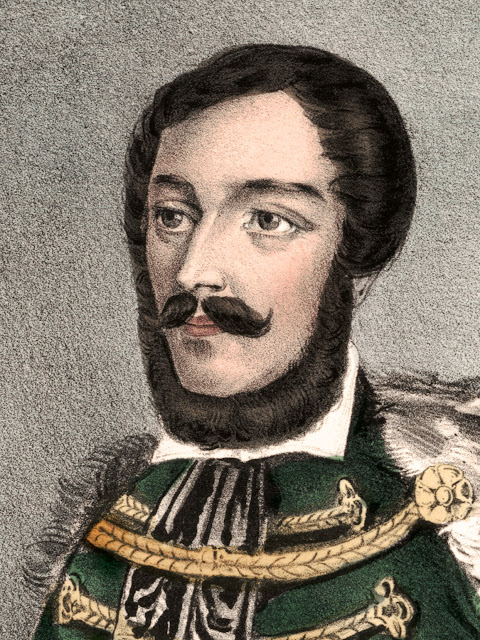 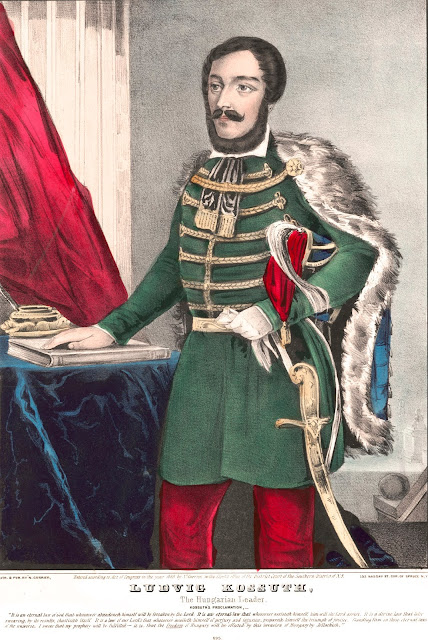 N. Currier includes this proclamation by Kossuth reacting to Jellachich's invasion of Hungary.

The same quotation appeared in Scientific American in 1849.

This 1851 engraving, of “Louis Kossuth”, drawn on stone by P. Kramer, is also in the Library of Congress. 1851 is the year of Kossuth's triumphant tour of the U.S. 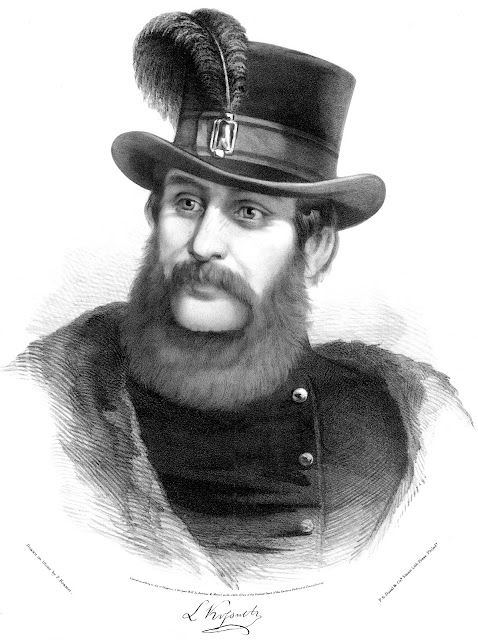 N. Currier also published this lithograph of Kossuth's reception in NY in 1851 (LOC). 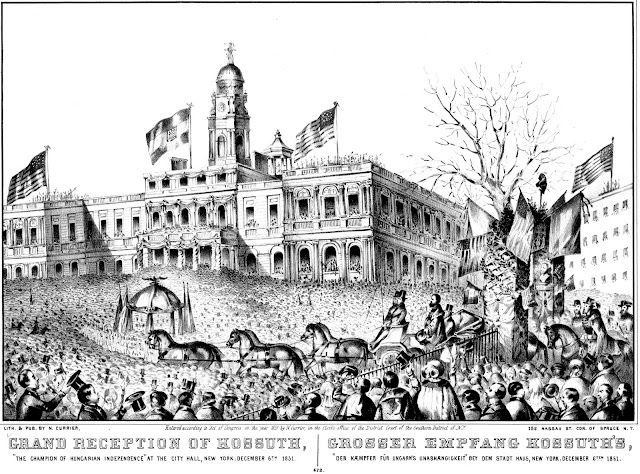 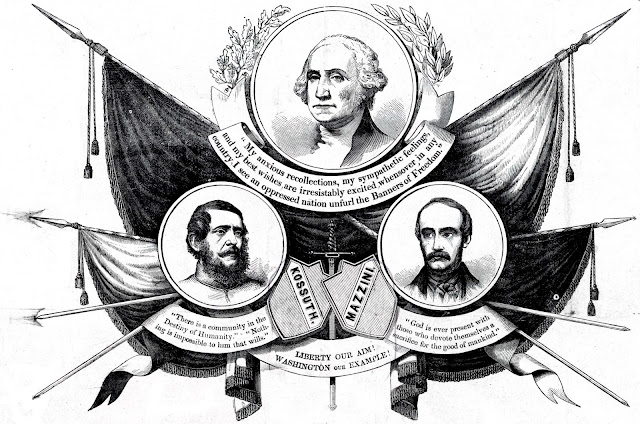 Liberty our Aim! Washington our Example!
Posted by Allen Browne at 12:00 AM