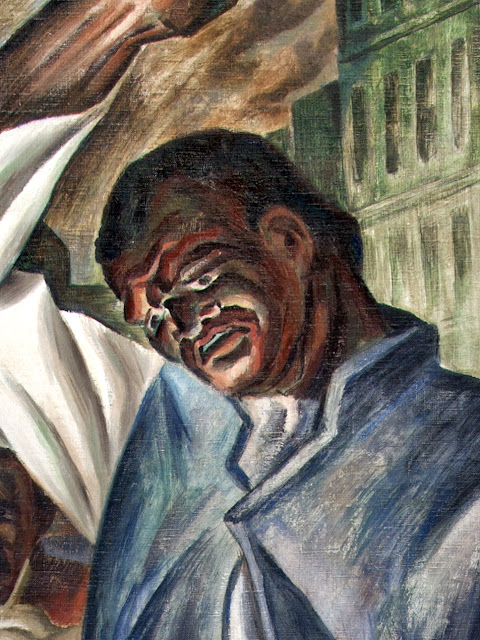 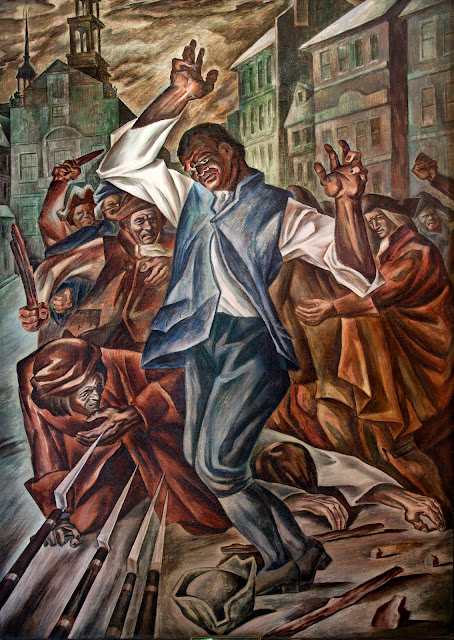 This 1943 mural of Crispus Attucks by Herschel Levit is in the Recorder of Deeds building at 515 D St., NW, Washington, D.C. Photo by Carol M. Highsmith, 2010.
PBS says this of Attucks:

In 1770, Crispus Attucks, a black man, became the first casualty of the American Revolution when he was shot and killed in what became known as the Boston Massacre. Although Attucks was credited as the leader and instigator of the event, debate raged for over as century as to whether he was a hero and a patriot, or a rabble-rousing villain. -- PBS 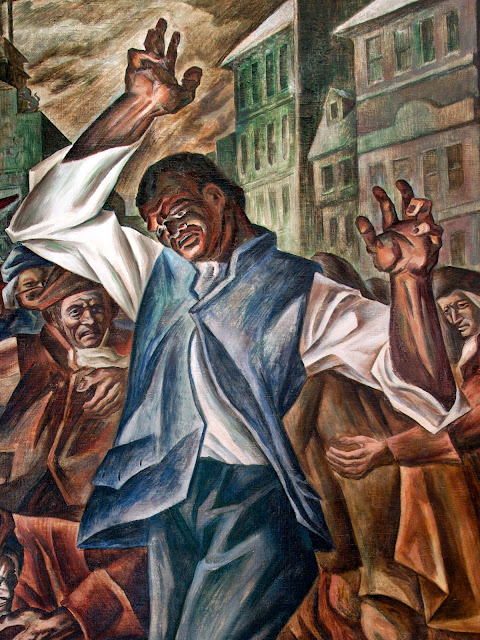 Of course, we don't really know what Crispus Attucks looked like. But, here's a more sedate portrayal of Crispus Attucks  - The Brave Soldier of the Revolutionary War, 1770. from 1897. (LOC) 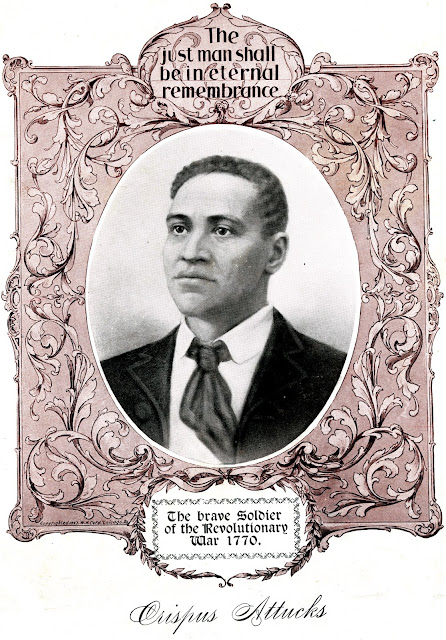 Back in 1770 Paul Revere engraved this representation of Attucks' coffin

It appeared with three others in an illustration in the The Boston Gazette, and Country Journal, March 12, 1770. (LOC) 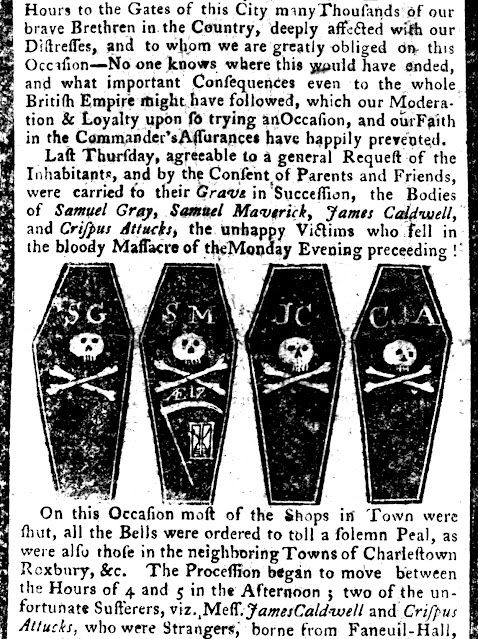 The Boston Massacre Monument, dedicated on Nov. 14, 1889, is often referred to as the Crispus Attucks Memorial.  Cripus Attucks name heads the list of  victims. These contemporary photos appeared in A Memorial of Crispus Attucks, Samuel Maverick, James Caldwell, Samuel Gray, and Patrick Carr, from the City of Boston, 1898, a book on the dedication of the Monument  published by the Boston City Council. 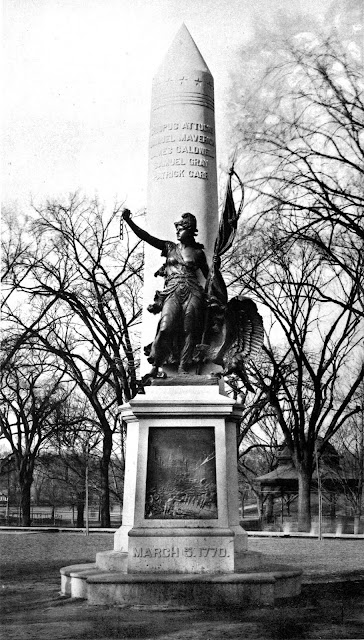 Crispus Attucks
Samuel Maverick
James Caldwell
Samuel Gray
Patrick Carr
March 5, 1770
Erected In 1888 by The Commonwealth Of Massachusetts
In Honor Of Those Who Fell
At The/Boston Massacre

The Spirit of Revolution
by Robert Kraus, 1888 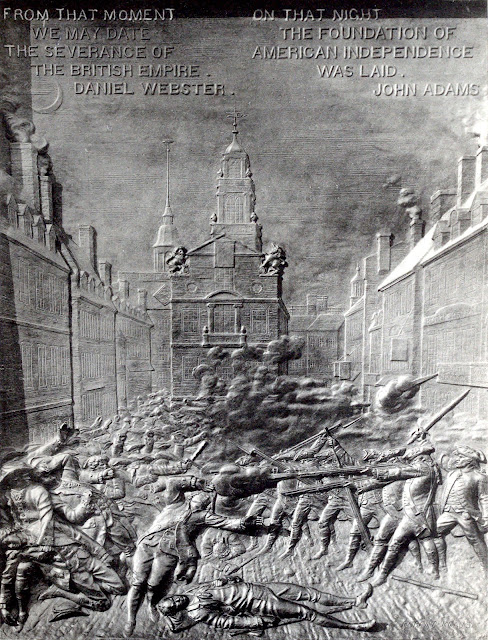 From That Moment
We May Date
The Severance of
The British Empire.
Daniel Webster
On That Night
The Foundation of
American Independence
Was Laid.
John Adams
Irish Poet John Boyle O'Reilly wrote and performed a poem entitled Crispus Attucks, at the dediction of the monument. Here's one verse.
And honor to Crispus Attucks, who was leader and voice that day;
The first to defy, and the first to die, with Maverick. Carr, and Gray.
Call it riot or revolution, his hand first clenched at the crown;
His feet were the first in perilous place to pull the king’s flag down;
His breast was the first one rent apart that liberty’s stream might flow;
For our freedom now and forever, his head was the first bid low.
In 1906 The Sons of the American Revolution, SAR, placed this headstone in the Old Granary Grave Yard, The photo below is by Rododentrites. 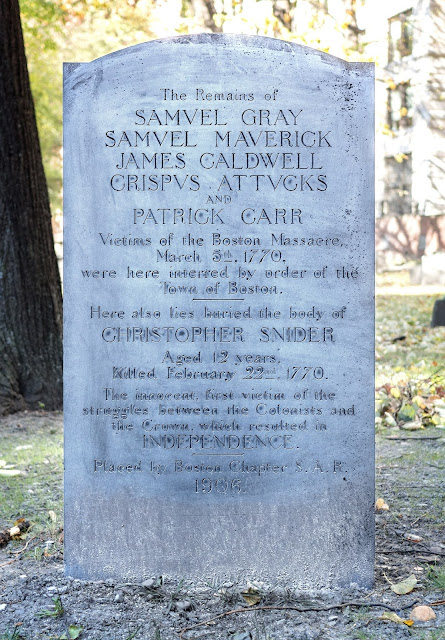