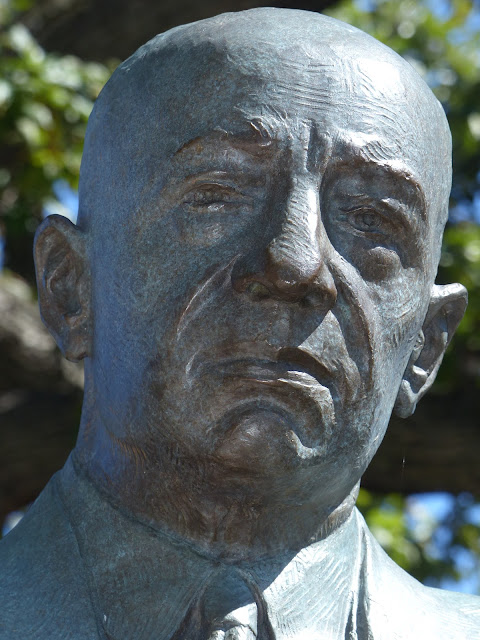 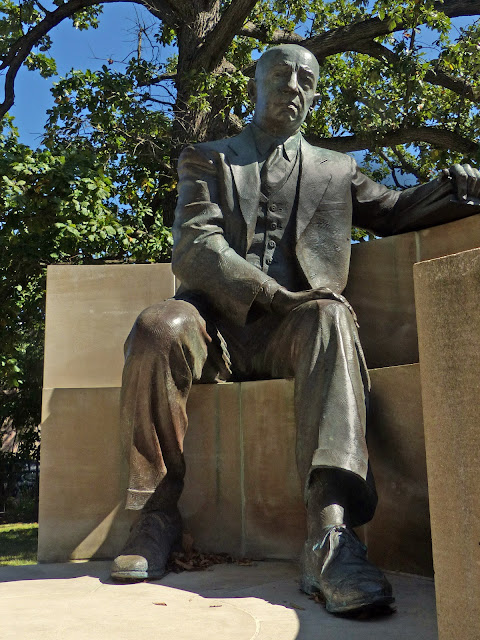 This 2015 statue of Carter Godwin Woodson by Raymond Kaskey sits, in Carter G. Woodson Park on Rhode Island Avenue at 9th Street, NW.   The park was named for Woodson in 2001 and dedicated along with the statue on December 5, 2015. 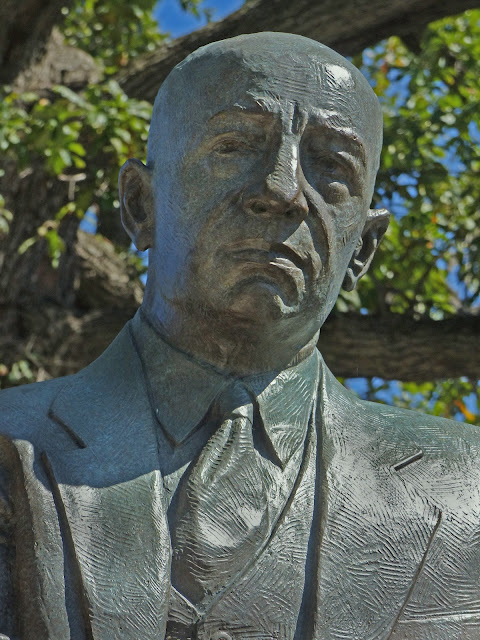 The New World Encyclopedia gives this description of Carter Woodson:

Carter Godwin Woodson (December 19, 1875 - April 3, 1950) was an American historian, author, journalist, and the founder of the Association for the Study of African American Life and History. He was one of the first scholars to study the history of the African diaspora, including African-American history. A founder of The Journal of Negro History in 1916, Woodson has been called the “father of black history,” whose work not only established the contribution of African-Americans as significant in the history of America and beyond, but also inspired many others to continue his work. 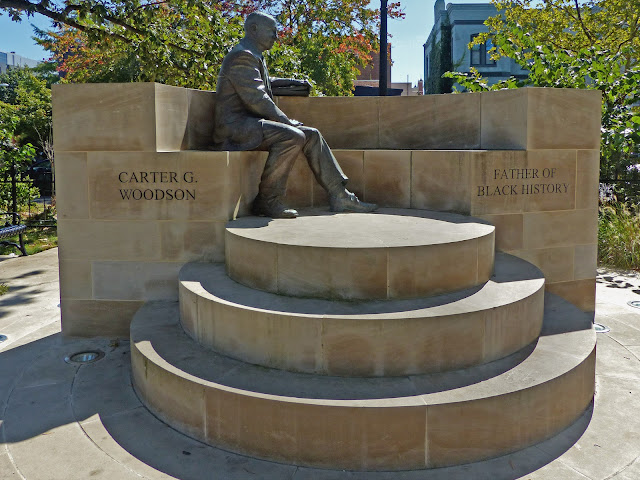 Carter G. Woodson
Father of Black History
On the reverse of the exedra are shelves containing books by and about Woodson. 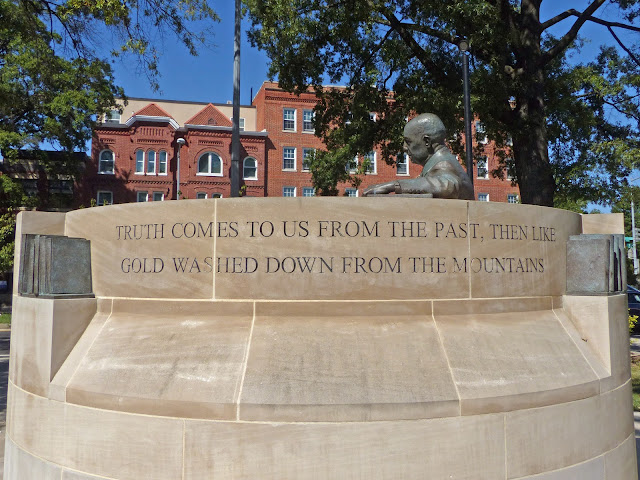 Truth Comes to Us from the Past, Then, Like
Gold Washed Down from the Mountains.
The famous quotation comes from The Story of the Negro Retold, chapter XVII, page 427. Woodson places it in quotation marks, under the attribution “one has said,” without indicating who said it. 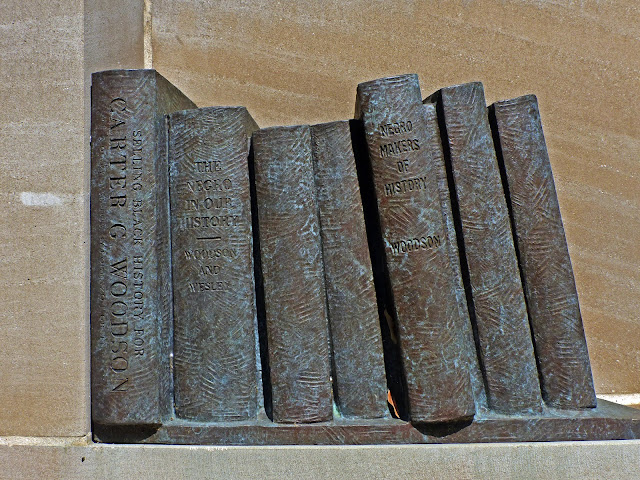 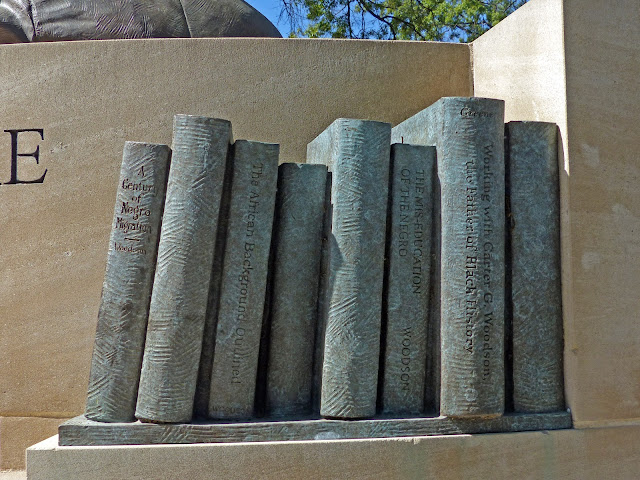 A Century of Negro Migration by Woodson
The African Background Outlined by Woodson
The Mis-Education of the Negro by Woodson
Working with Carter G. Woodson, the Father of Black History by Greene

The two books by Lorenzo J. Greene were posthumously published in 1997 and 1989 respectively.
The photo below  appeared in a 1930 article entitled The Thirteen Most Important Negroes in the United States, by Eugene Gordon. (The Richmond Planet, June 28, 1930.) 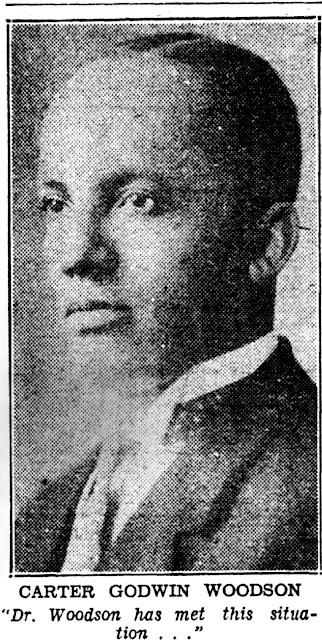 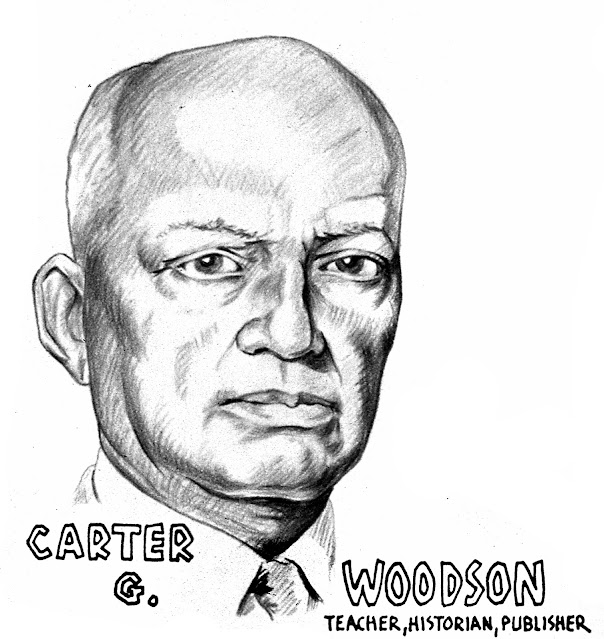 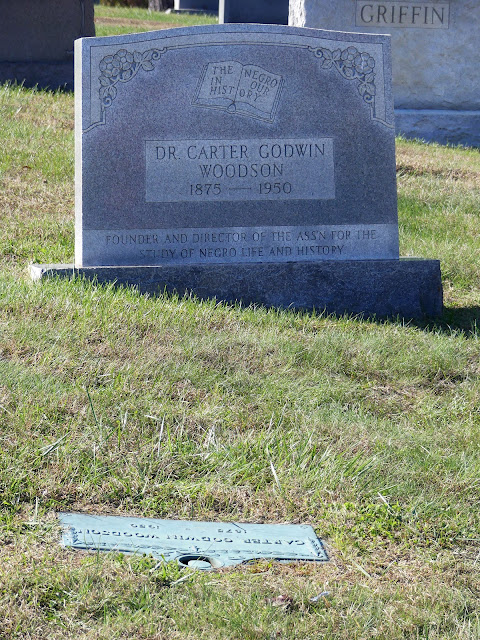 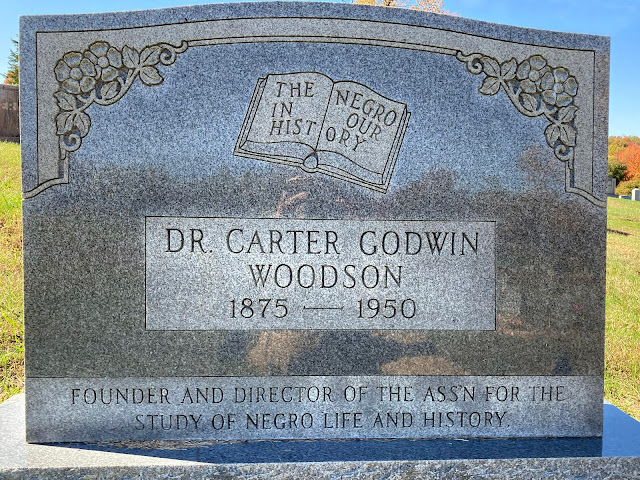 Dr. Carter Godwin
Woodson
1875 - 1950
Founder and Director of the Ass'n for the
Study of Negro Life and History
His book The Negro in Our History is displayed on the headstone. 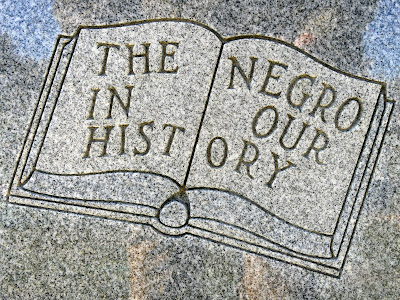 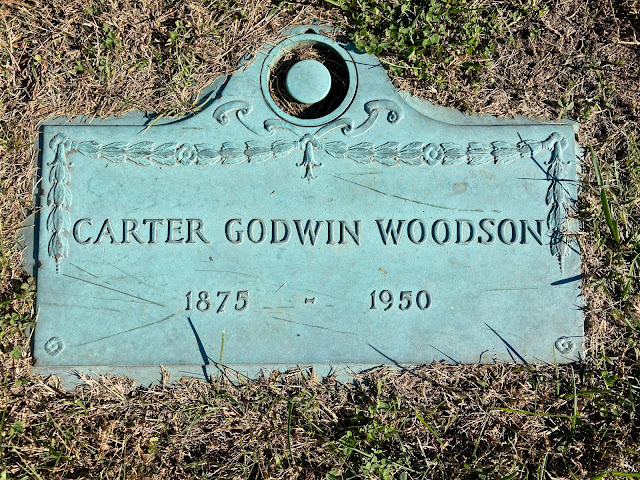 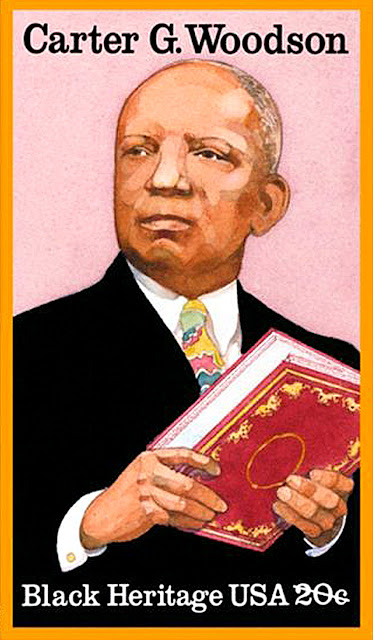 This image appeared on a first day cover envelope for that stamp. 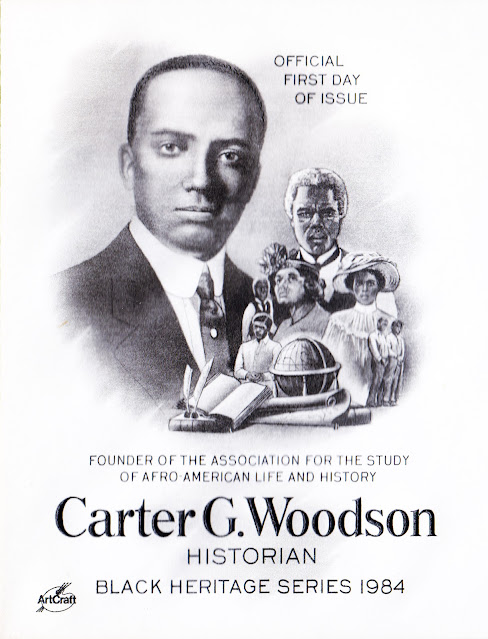 Carter G. Woodson
Founder of the Association for the Study of Afro-American Life and History
Posted by Allen Browne at 10:20 AM