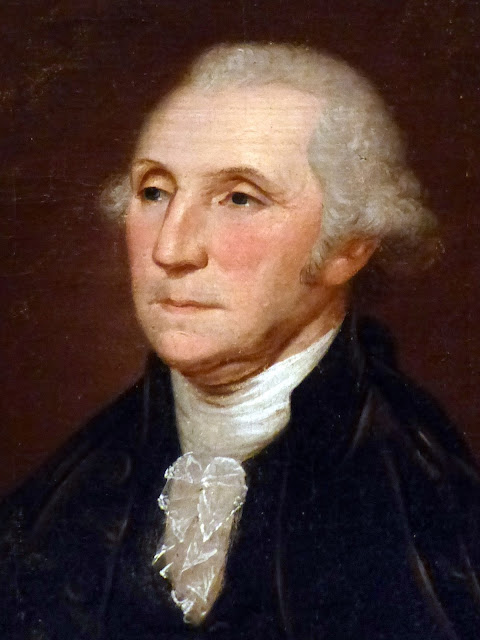 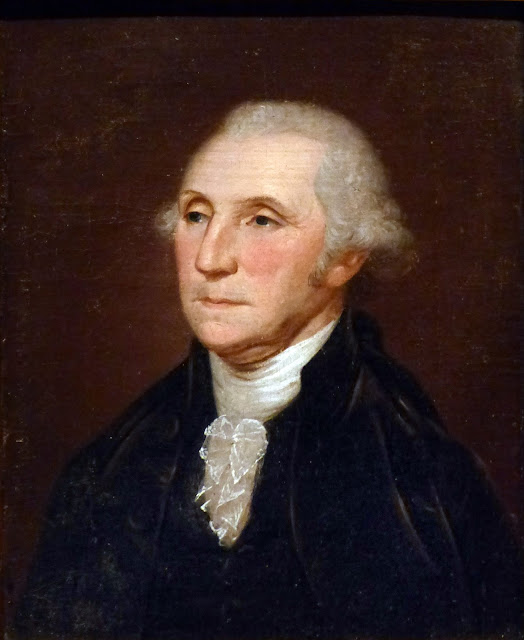 This 1795 portrait of George Washington by Charles Willson Peale hangs in the National Portrait Gallery in Washington DC.


"In October or early November of 1795, President George Washington granted Charles Willson Peale a seventh and last life sitting. Peale had been commissioned by Henry William De Saussure to paint the president's portrait. The artist decided to provide his extremely talented but inexperienced seventeen-year­old son, Rembrandt, with the extraordinary opportunity of painting a life portrait of the most important man in America and a world figure. to make the sitting more relaxed for his son, Peale invited his brother James and his oldest son, Raphaelle, as well, to paint their own portraits and engage Washington in conversation. Gilbert Stuart, whose first portrait of Washington the "Vaughan portrait" had recently become a sensation in Philadelphia, was said to have punned that the president was 'in danger of being peeled all around.'

This is one of several 'cabinet-size' replicas of Charles Willson Peale's image from that famous sit­ting. Rembrandt Peale's image is nearby in the gallery." -- National Portrait Gallery