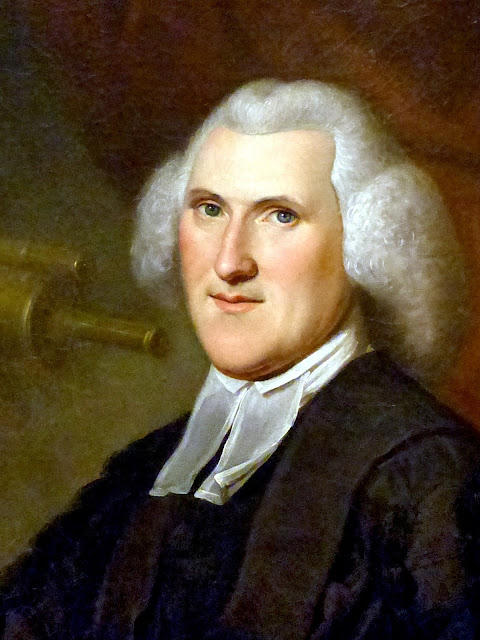 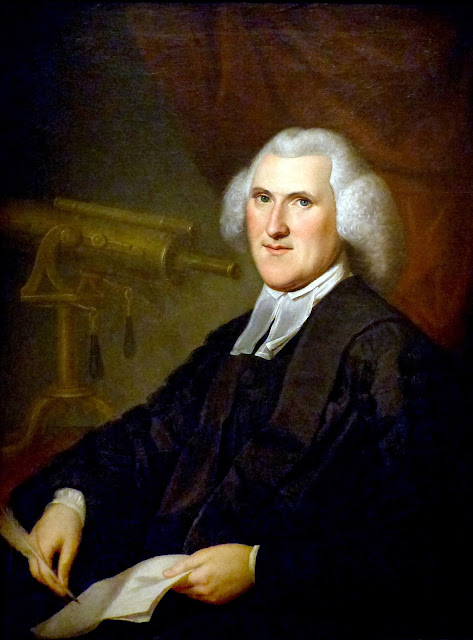 This 1788 portrait of John Ewing (1732-1802) by Charles Willson Peale hangs in the National Portrait Gallery in Washington DC.


"A Presbyterian minister, John Ewing also taught natural philosophy at the University of Pennsylvania. He nurtured a lifelong fascination with astronomy, contributing articles on the subject to the first American edition of the Encyclopedia Britannica. A member of the American Philosophical Society, Ewing initiated its participation in the international effort in 1769 to observe the transit of Venus, selecting David Rittenhouse to organize the effort. Ewing and Charles Willson Peale, his portraitist, shared political and scientific interests during the years surrounding the American Revolution; Ewing was vice president of the Philosophical Society when Peale became a member in 1786. Peale depicts Ewing in a wig of the type often worn by those in learned professions and an elaborately ruched academic gown. The telescope in the background is a Gregorian reflector of the type sold by W. & S. Jones of London." -- National Portrait Gallery

Ewing's diagram of the transit of Venus appeared in  the Transactions of the American Philosophical Society, Volume 1. January 1, 1769. (JStor)