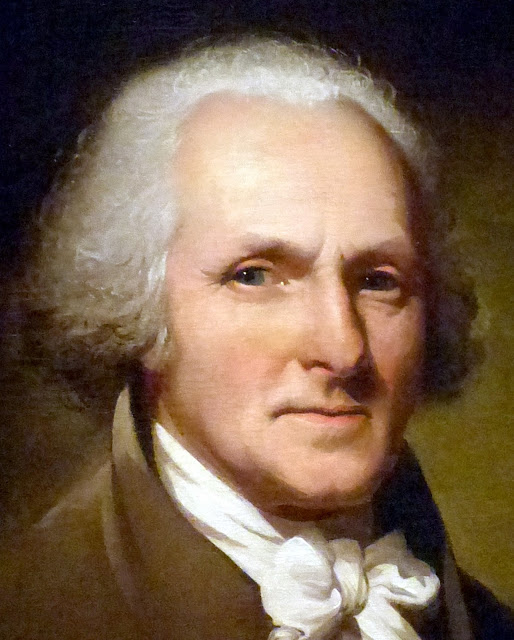 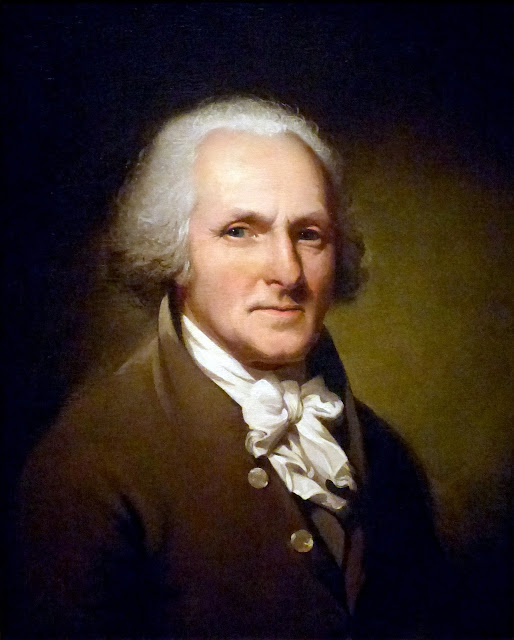 This 1791 self-portrait of Charles Willson Peale hangs in the National Portrait Gallery in Washington, DC.


"Charles Willson Peale is best remembered as an artist, but he was also the proprietor of the first important museum in America, the Philadelphia Museum of art and natural history. In his mid-forties, after painting hundreds of portraits of the powerful and elite, Peale began a lifelong undertaking: the creation of a new museum designed for a republic. While science museums in Europe placed their specimens in drawers, pinned flat to white cloth, Peale's museum, designed to involve large numbers of Americans in an educational experience, presented them to visitors in lifelike situations, labeled with their scientific names and ordered in the Linnaean classification. Anyone who could pay the twenty­five-cent admission fee could enter, unlike European institutions, which required special application. Peale also directed the first scientific expedition in America, which exhumed and assembled a mastodon skeleton, helping scientists prove the existence of prehistoric animals.

Three years after completing this self-portrait, Peale gave up portrait painting as his profession to focus on his museum." -- National Portrait Gallery

Charles Willson Peale painted Exhumation of the Mastodon between 1806 and 1808. That's Peale himself holding the picture of a Mastodon's leg. 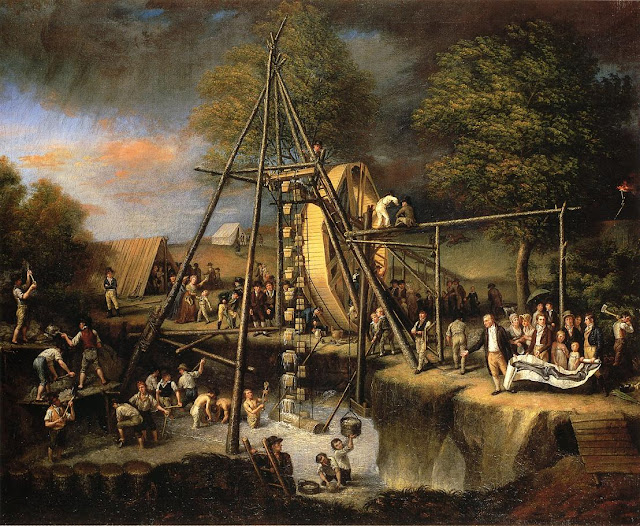 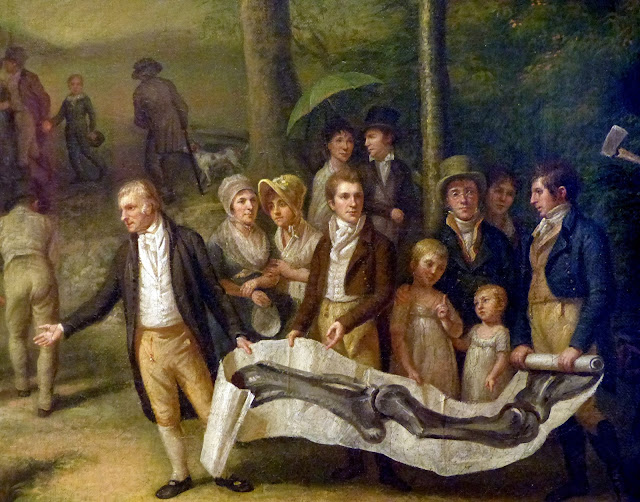 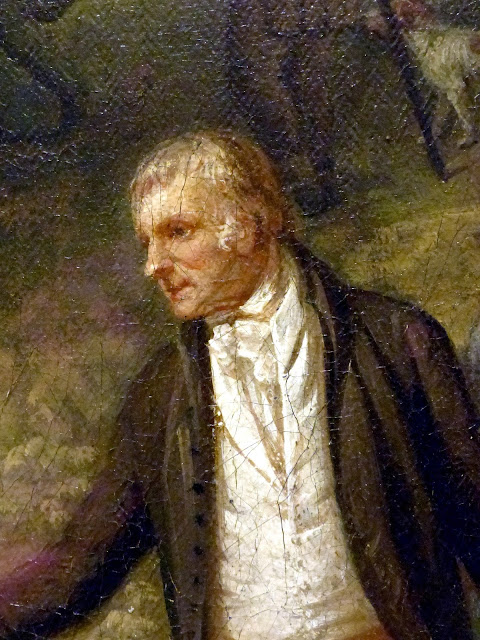