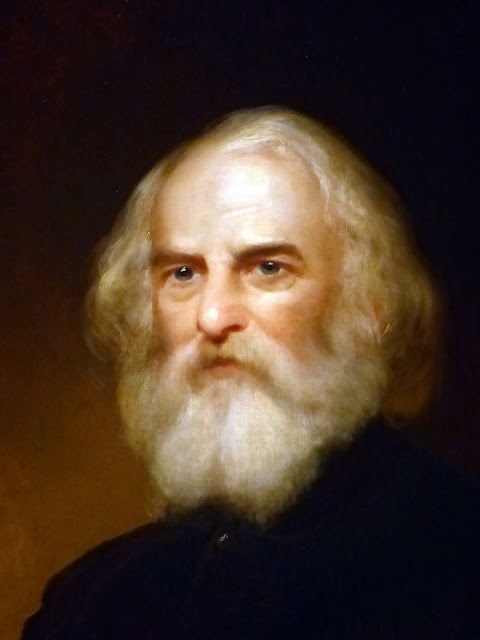 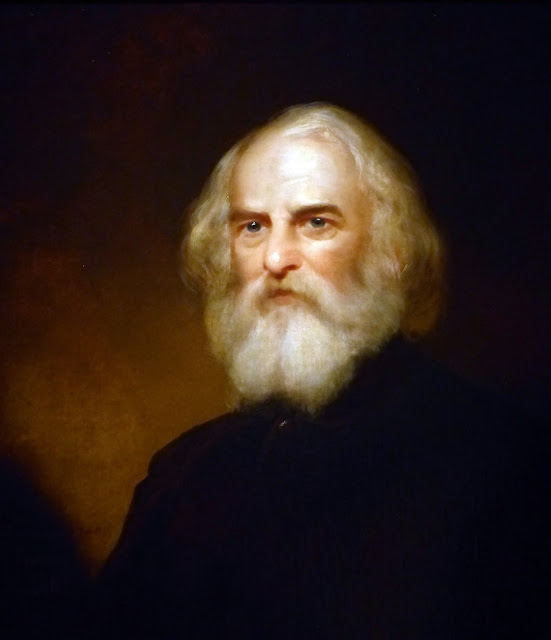 This 1869 portrait of Henry Wadsworth Longfellow by Thomas Buchanan Reed hangs in the National Portrait Gallery in Washington DC.


"As a poet, Henry Wadsworth Longfellow has suffered the fate of many popular writers: a voice of its time frequently lacks staying power. Thus this mild romantic whose life in Cambridge was placidly comfortable has been eclipsed by his 'darker' contemporaries such as Nathaniel Hawthorne and Herman Melville. The jogging rhythms of 'The Song of Hiawatha,' 'Paul Revere's Ride,' and other Longfellow ballads are quaint artifacts of bygone New England. Longfellow frequently overstates his poems' moral points, perhaps because he sensed that pragmatic Americans wanted art they could use for self-improvement. Nonetheless, he was the country's first professional poet because he had the literary knowledge and craftsmanship necessary to write verse about America that was comparable in quality to that of his English contemporaries." -- National Portrait Gallery 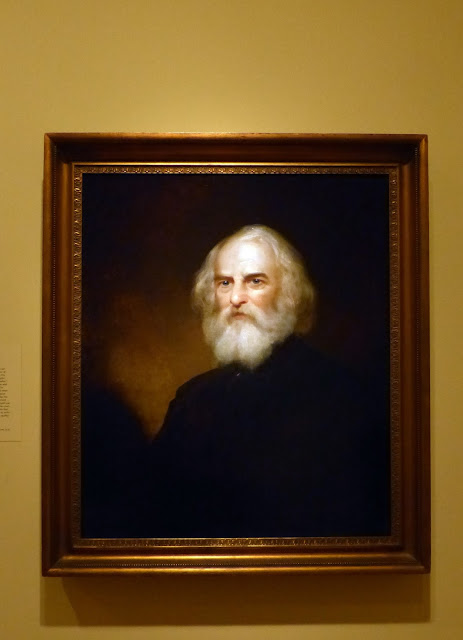 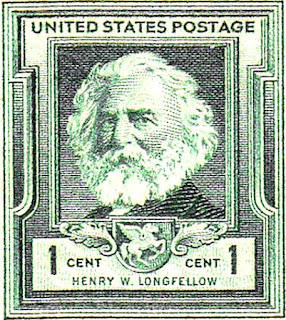 This 1 cent postage stamp follows the portrait. It was first issued on February 16, 1940.
A "Likeness from the latest photograph from life" engraved after a painting by Alonzo Chappel appears in Evert Duyckinck, National Portrait Gallery, 1862. 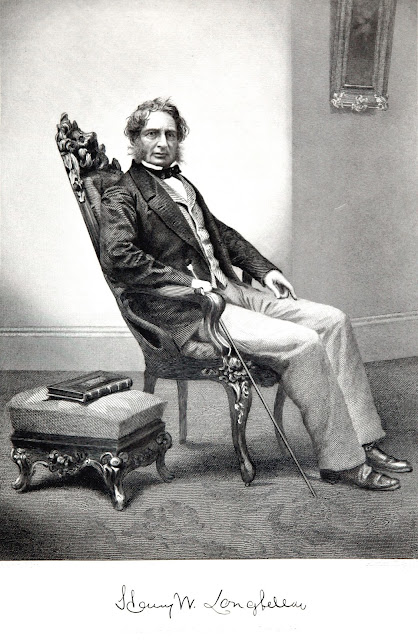