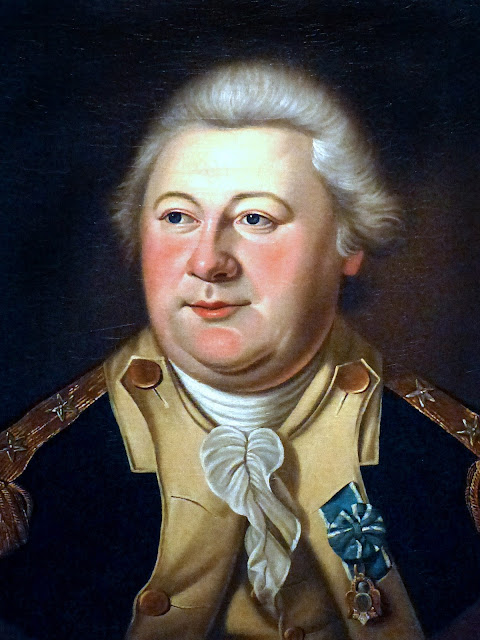 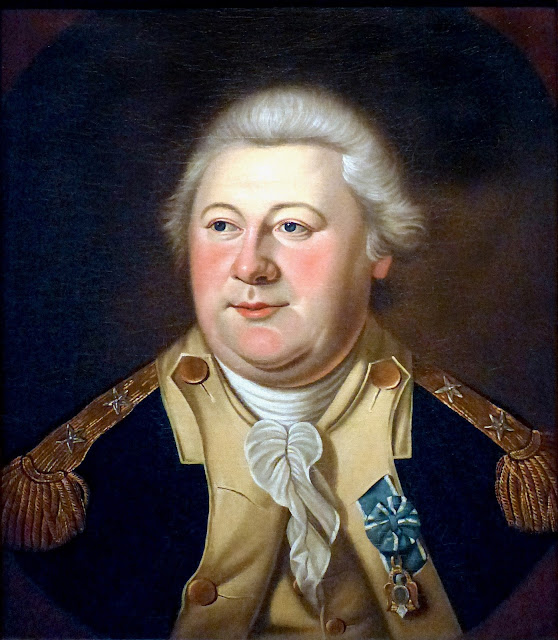 This c. 1800 portrait by Charles Peale Polk after the c.1783 original by Charles Willson Peale hangs in the National Portrait Gallery in Washington, DC.


"An overweight twenty-five-year old Boston bookseller who Had taught himself military engineering and artillery out of books, Henry Knox was chief of artillery for the Continental army. In 1775, with Boston under British control, Knox commanded the 300-mile trek to Fort Ticonderoga to bring back by ox sleds the fifty-nine cannons mounted on Dorchester Heights that forced the British to evacuate the city. Throughout the seven years of battle, Knox would be by General Washington's side, his close friend and indispensable colleague and later the man the president would pick to be his secretary of war.

Knox is painted here in the uniform of a major general. He wears the badge of the Order of the Society of the Cincinnati, the fraternity of Continental army officers that he envisioned in 1783." -- National Portrait Gallery 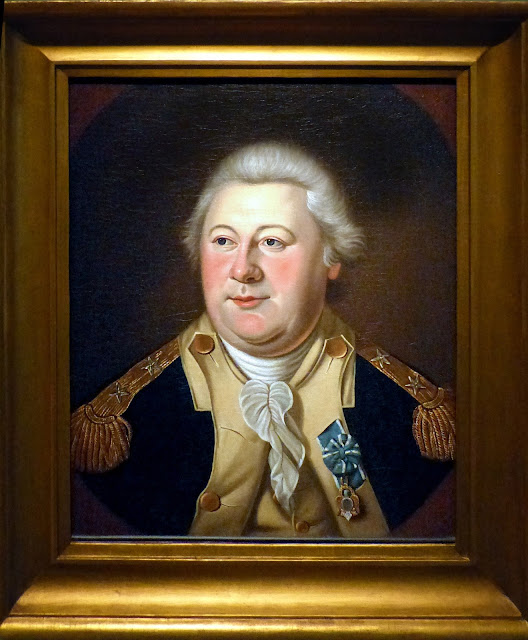 This 1862 engraving from a painting by Alonzo Chappel appeared in The National Portrait Gallery by Evert Duyckinck. 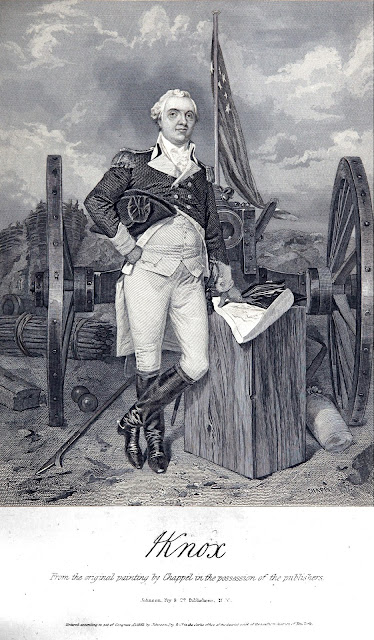