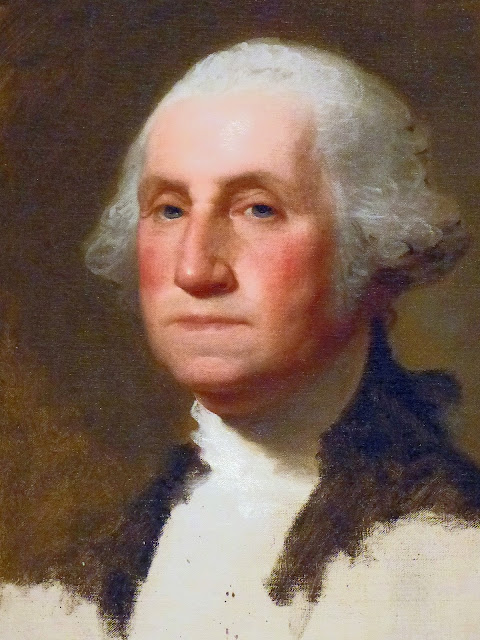 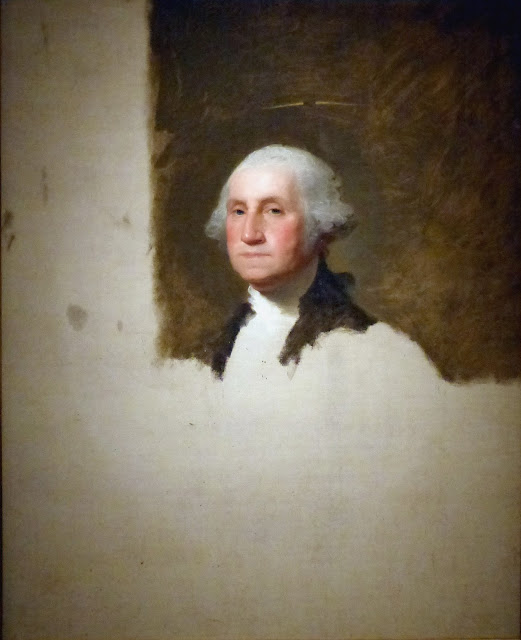 
"American artist Gilbert Stuart was commissioned to paint this portrait after the success of his first portrait of Washington in 1795. Martha Washington convinced the president to sit again because, according to artist Rembrandt Peale, she 'wished a Portrait for herself; he therefore consented on the express condition that when finished it should be hers.' Stuart, however, preferred this portrait to his earlier Washington; he purposely left it and that of the first lady unfinished so that he could use it as a model for the numerous copies that the first president's admirers commissioned. After Stuart's death, the two paintings were purchased for the Boston Athenaeum, which owned them for more than 150 years. This image served as the basis for the engraving of Washington on the one-dollar bill. John Neal, an early-nineteenth-century writer and art critic, wrote: 'Though a better likeness of him were shown to us, we should reject it; for, the only idea that we now have of George Washington, is associated with Stuart's Washington.'" -- National Portrait Gallery.

Stuart painted many replicas based on the Athenaeum portrait. He called them his "Hundred Dollar Bills" reflecting their price. The label on this copy of the Athenaeum portrait which hangs at Glen Burnie in Winchester, Virginia says "Gilbert Stuart" but it was actually painted by Gilbert Stuart's daughter Jane Stuart.(to see a picture of Jane Stuart dressed as a Gorilla click here.) 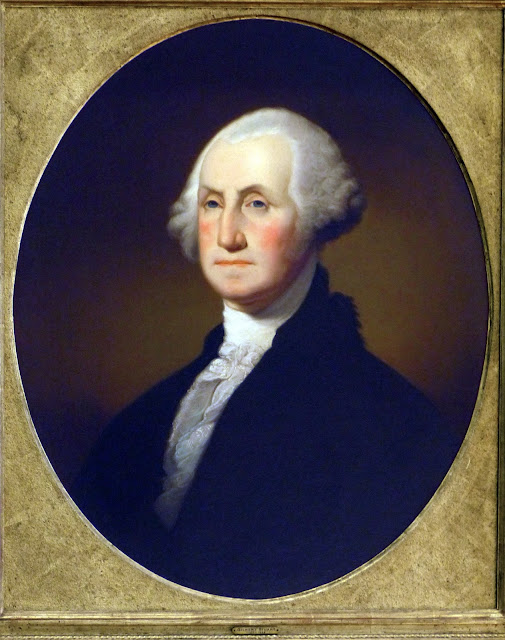 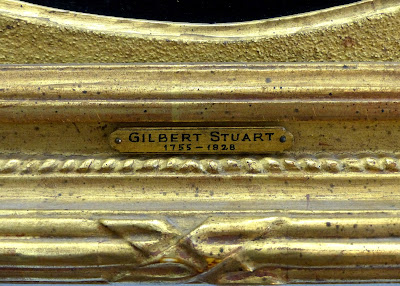 And of course, the most famous version of this portrait is the engraving on the $1 bill. 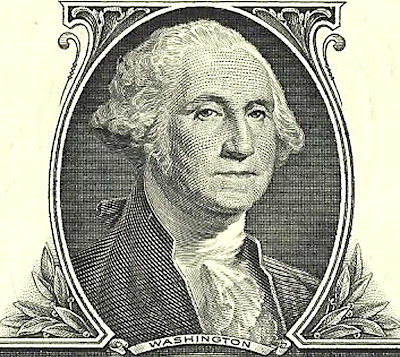