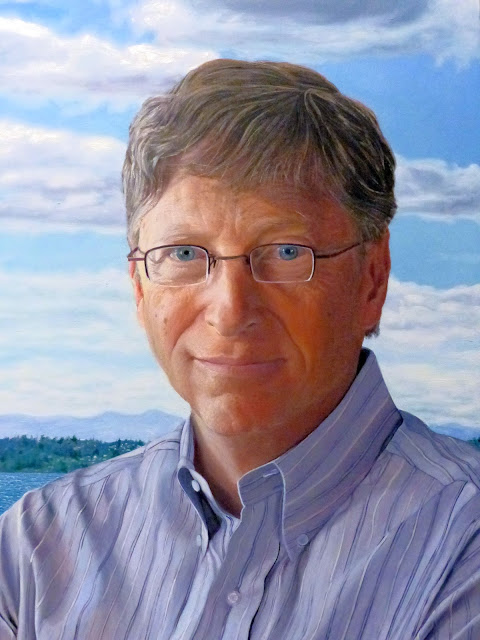 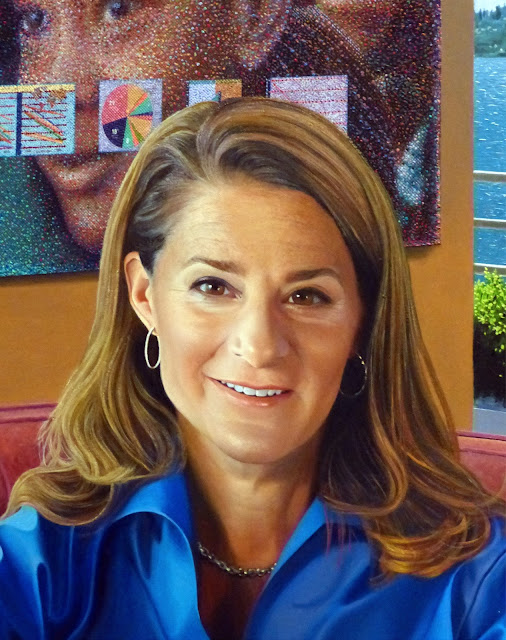 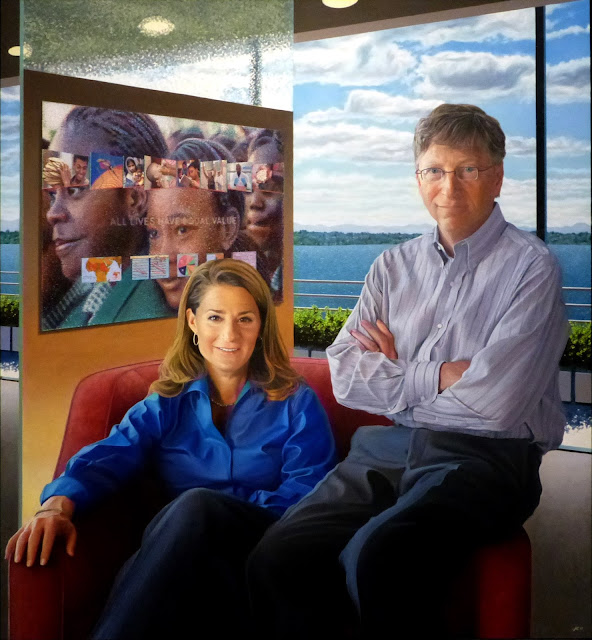 This portrait of Bill and Melinda Gates hangs in the National Portrait Gallery in Washington DC.


"Bill Gates (born 1955) dropped out of Harvard to write software for the earliest personal computers. His company, Microsoft, developed a computer operating system for wide-scale nontechnical use that spurred on the personal computer revolution begun in the 1980s. Microsoft remains a leader in the industry and made Gates among the world's wealthiest individuals. Melinda French Gates (born 1964) has degrees in computer science, economics, and business, and was employed by Microsoft before marrying Bill Gates in 1994.The couple created the Bill & Melinda Gates Foundation with the mission of helping all people live healthy, productive lives. The painting is set near the Gates family home on Lake Washington. The collaged screen on the left includes maps, charts, and images referencing the foundation's work, with the statement 'All Lives Have Equal Value.' The background shows the lake with the Olympic Mountains in the distance." -- National Portrait Gallery