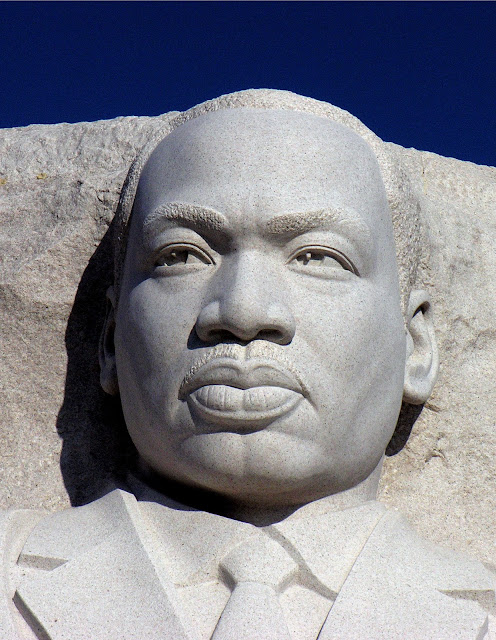 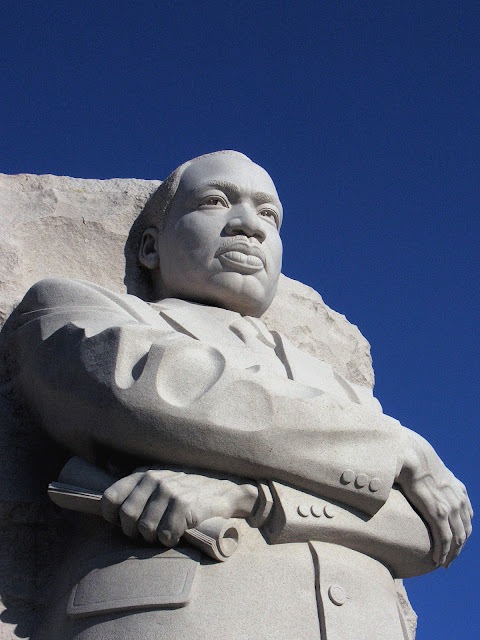 This 2010 Statue of Martin Luther King by Lei Yixin stands on the Mall in Washington DC.

"Out of the mountain of despair, a stone of hope.

Dedicated in 2011, the Martin Luther King, Jr. Memorial exemplifies the fundamental values of Dr. King during his quest for equal rights for all citizens.

Inspired by Dr. King’s 'I Have a Dream' speech, Dr. King states 'With this faith, we will be able to hew out of a mountain of despair, a stone of hope.' A figure of Martin Luther King, Jr. is carved into the 'Stone of Hope' standing past the 'Mountain of Despair.'" -- Trust for the National Mall 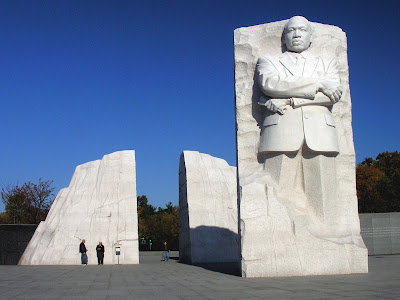 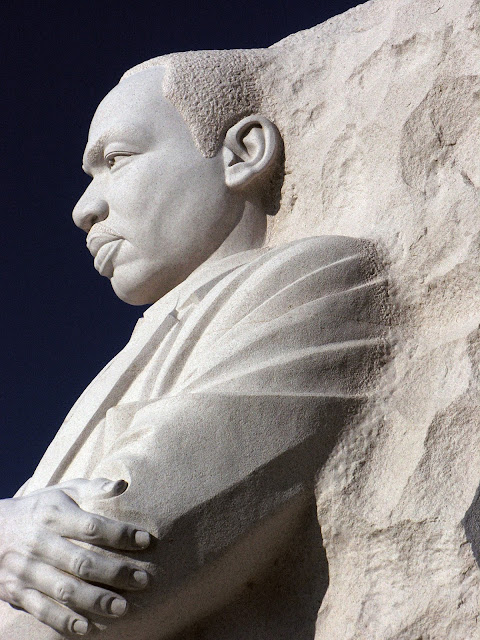 There are were two inscriptions on the monument. 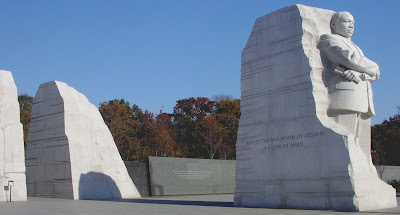 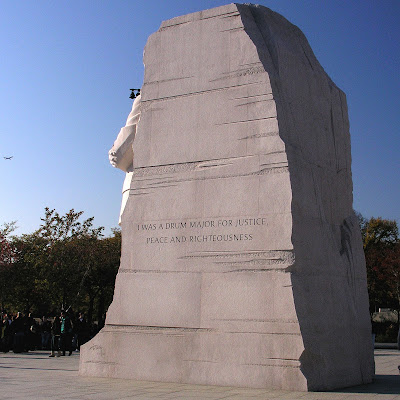 This last inscription turned out to be controversial. Maya Angelou complained that the quote had been taken out of context and made King appear arrogant. The full 1968 quote reads:

It was removed in August of 2013 by Lei Yixin at a cost of between $700,000 - $800,000. Yei replaced the words with deepened groves matching those that create texture on the sides of the monument. 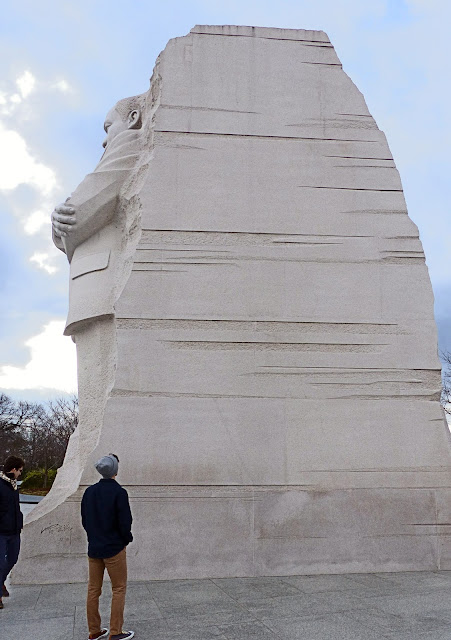