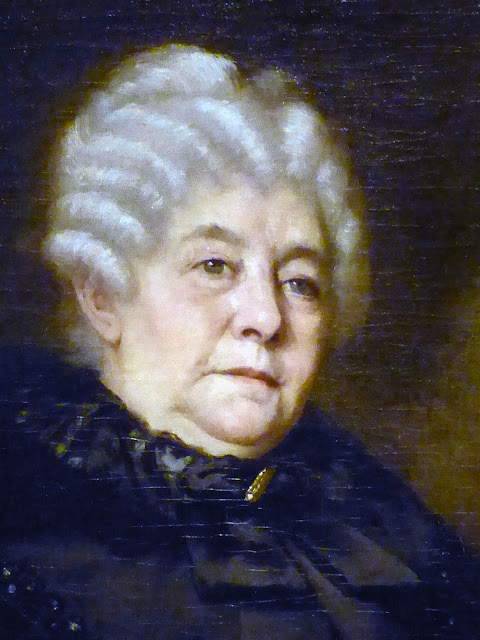 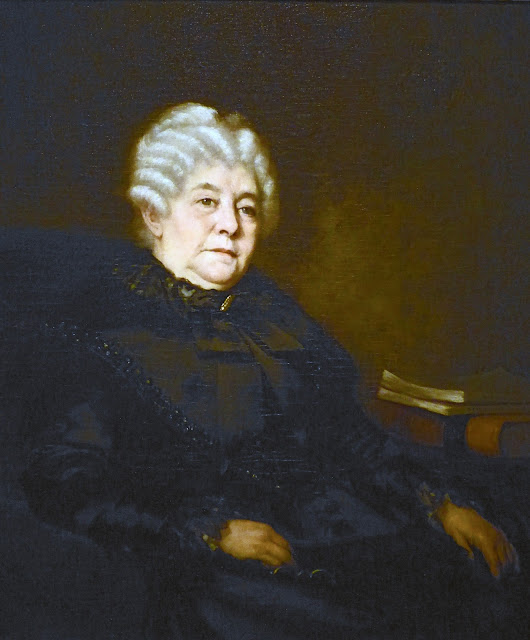 This 1889 portrait of Elizabeth Cady Stanton by Anna Elizabeth  Klumpke hangs in the National Portait Gallery in Washington, DC.


"Elizabeth Cady Stanton was a feminist from the start, refusing to include  'Obey' in her marriage vows to her husband; and when she spoke of God she used the female pronoun. Stanton helped organize the Seneca Falls Convention of 1848, which was the founding momentof the American women's rights movement, and she was the longtime president of the National Woman Suffrage Association. Although Stanton's goal was to give women political power through the ballot, she spearheaded other feminist goals, such as liberalizing divorce laws and reforming child-rearing methods. But unlike other early feminists, she always insisted on the primacy of women's right to vote over other reform objectives, including abolition. She wrote 'Our "Pathway" is straight to the ballot box with no variableness nor shadow of turning.'" -- National Portrait Gallery