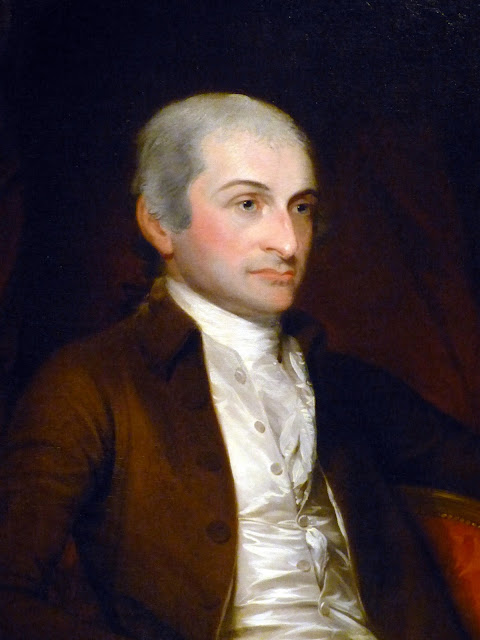 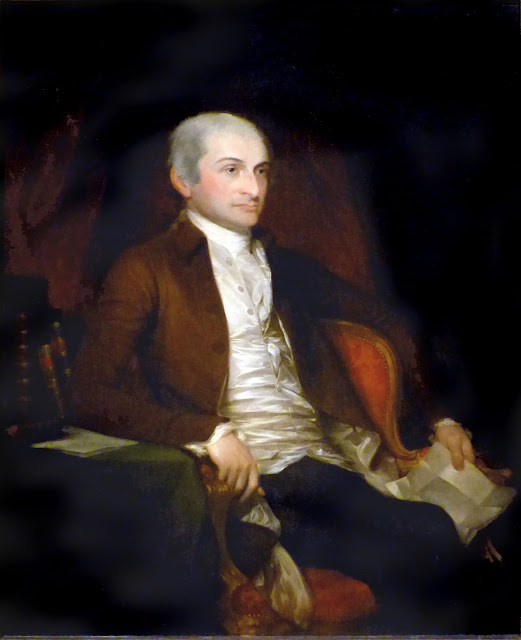 This portrait of John Jay by Gilbert Stuart and John Trumbull begun in 1784 and finished in 1818 hangs in the National Portrait Gallery in Washington DC.


"President George Washington chose John Jay to be the first chief justice of the United States. Jay had played an important part in negotiating the treaty bringing the Revolution to a close, and was the postwar secretary of foreign affairs. An advocate for a stronger national government, Jay had helped persuade New Yorkers to ratify the Constitution, contributing five newspaper essays to the series that became known as the Federalist Papers. In 1794, when war with England threatened, Washington sent Chief justice jay to London to defuse the crisis. The treaty that Jay negotiated, which Jeffersonian Republicans seized upon as a repudiation of America's wartime alliance with France and a return to English dominance, set off the cry of  'Damn John Jay.' Nonetheless, the controversial Jay Treaty avoided a war that the young republic was ill-equipped to wage." -- National Portrait Gallery.

Jay Married Sarah Van Brugh Livingston on April 28, 1774. This portrait of Mrs. John Jay (Sarah Livingston) appeared in The Republican Court or, American Society in the Days of Washington by Rufus Wilmot Griswold, 1867. 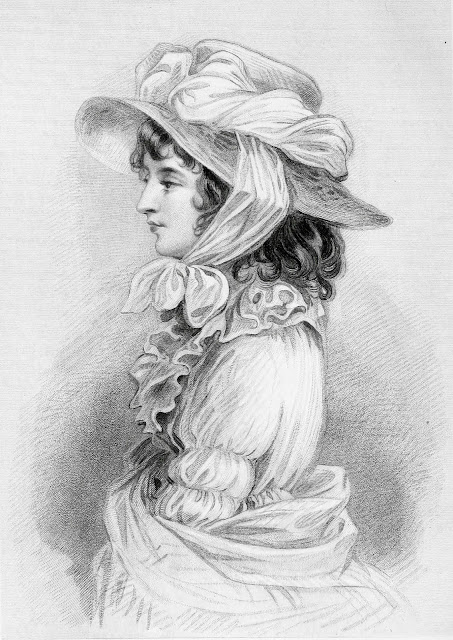 For another Gilbert Stuart painting of John Jay, see The Portrait Gallery: John Jay.
Posted by Allen Browne at 2:22 PM