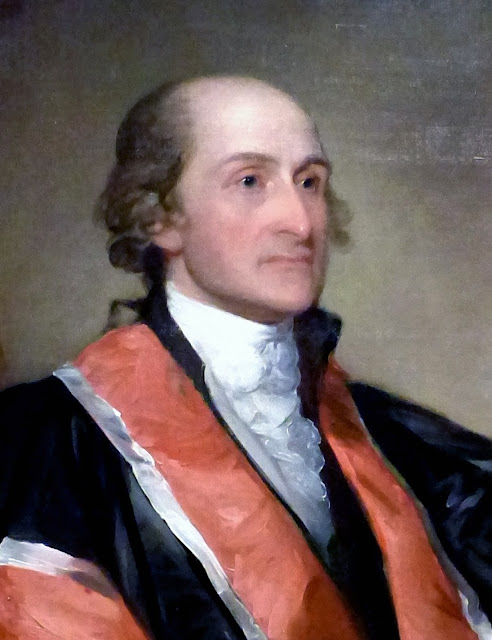 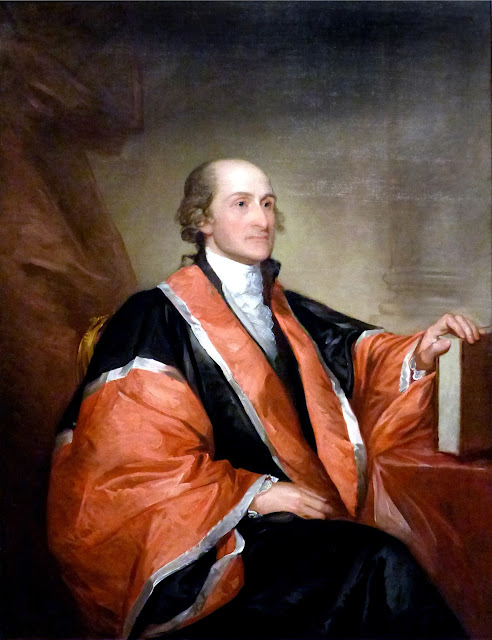 This 1794 portrait of John Jay hangs in the National Gallery of Art in Washington DC.


"The classical column, crimson drapery, legal tome, and robes of state in this impressive portrait recall the 'Grand Manner' tradition Stuart had used to emphasize the social status of British aristocrats.

As a framer of the Constitution and the first Chief Justice of the United States from 1789 to 1795, John Jay was the first American statesman of international reputation whom Stuart ever painted. The success of this likeness of the chief justice, painted in New York in 1794, introduced Stuart to an appreciative clientele in America.

The forty-nine-year-old Jay could spare time to pose only for the head. His nephew modeled the judicial robe so that Stuart could complete the body. Broadly painted strokes suggest the robe's gleaming scarlet, black, and white satin, setting off by contrast the careful execution of Jay's handsome features.

Stuart rendered Jay's complexion with deftly executed highlights in opaque paint on top of translucent glazes of thinned oils. Later the artist explained his methods for painting such lively skin tones: 'Good flesh color partook of all colors, not mixed so as to combine in one tint, but shining through each other, like blood through natural skin.'" -- National Gallery of Art


This engraving after a painting by Alonzo Church appears in Evert Duyckinck's National Portrait Gallery, 1862. 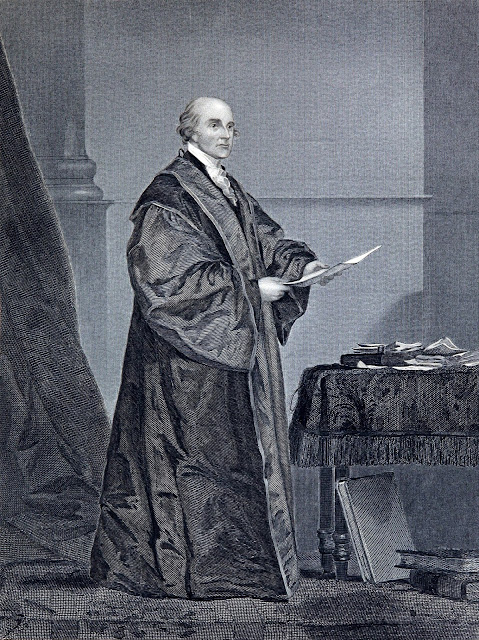 John Jay
First Chief Justice of the United States
From the original Painting by Chappel in the possession of the publishers
Johnson, Fry and Co. Publishers

For another Gilbert Stuart painting of John Jay, see The Portrait Gallery: John Jay
Posted by Allen Browne at 9:55 AM