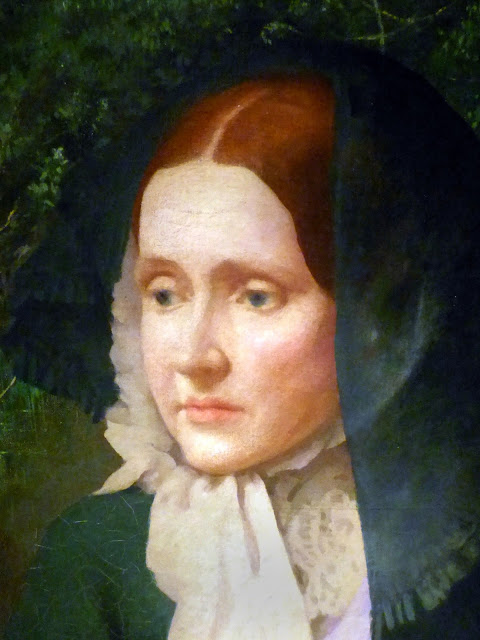 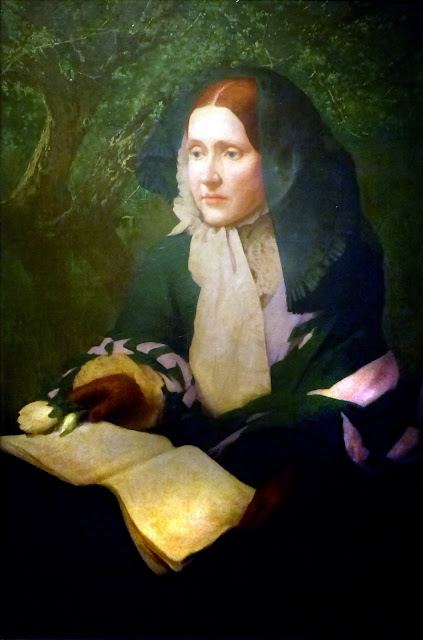 This portrait begun by John Elliot in 1910 and finished by William H. Cotton c. 1925 hangs in the National Portrait Gallery.


"For years Julia Ward Howe yearned to take a more active part in public affairs. But her husband, the noted Boston reformer Samuel Gridley Howe, insisted that she confine herself to running their home. In 1861, however, she unwittingly transformed her-self into a minor celebrity by writing the 'Battle Hymn of the Republic.' Composed during a visit to Washington, this fiercely martial poem, dedicated to the Union cause, was set to the music of 'John Brown's Body.' By 1865 it had become the North's unofficial wartime anthem.

After the Civil War, Howe finally broke the constraints imposed by her husband to become one of the best-loved figures in the growing women's suffrage movement. This portrait was begun in Howe's last years by her son-in-law, who attempted to portray her as she might have looked years earlier, writing the 'Battle Hymn.'" -- National Portrait Gallery

Mrs. Howe's appearance in the early 20th century can be seen in this 1905 photo by Underwood from Laura Elizabeth Howe Richards' and Maud Howe Elliot's  1915 book about Julia Ward Howe. 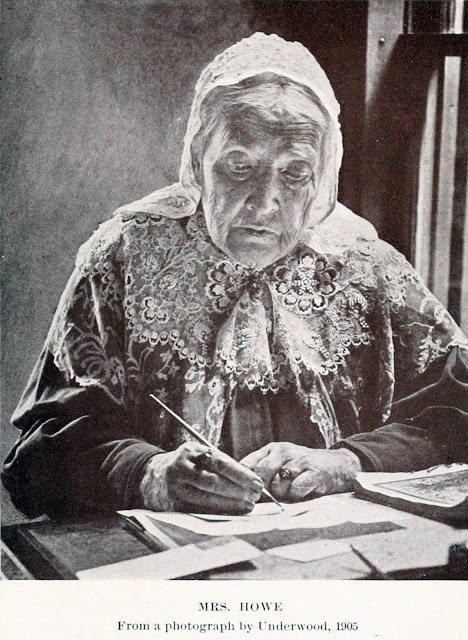 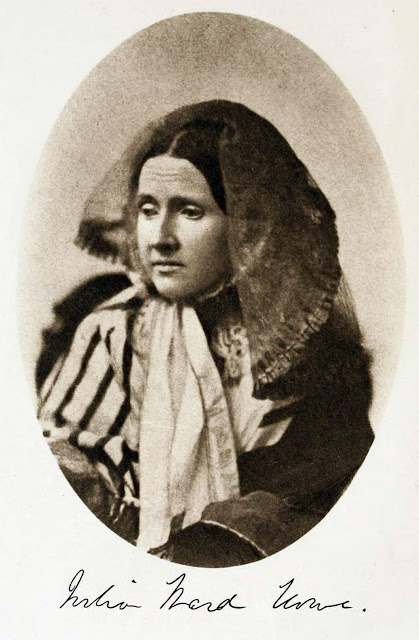 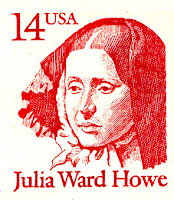 This portrait/photo appears on the 1987 14¢ postage stamp that is celebrated on the first day cover displayed at Willard's Hotel where Mrs. Howe composed the Battle Hymn. 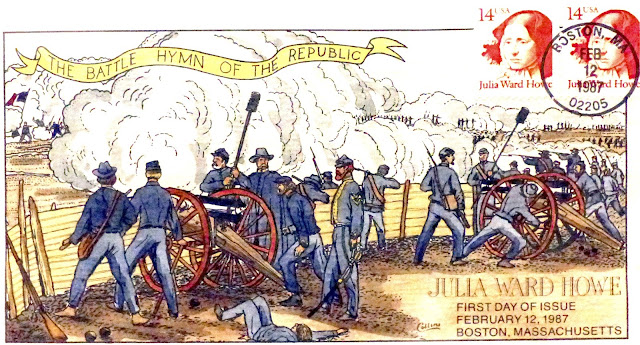