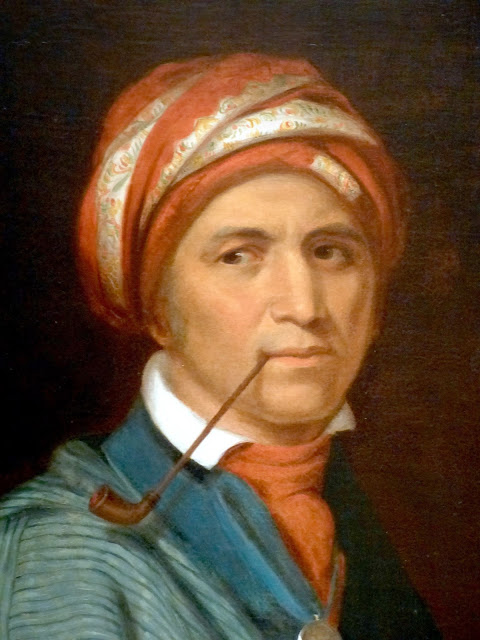 This c. 1830 portrait of Sequoyah by Henry Inman after Charles Bird King hangs in the National Portrait Gallery in Washington, DC.


"Sequoyah, the son of a Cherokee chief's daughter and a fur trader from Virginia, was a warrior and hunter and, some say, a silversmith. For twelve years he worked to devise a method of writing for the Cherokee language. His syllabary of eighty-five symbols representing vowel and consonant sounds was approved by the Cherokee chiefs in 1821. The simple utilitarian system made possible a rapid spread of literacy throughout the Cherokee nation. Medicine men set down ceremonies for healing, divination, war, and traditional ball games; missionaries translated hymns and the New Testament into the native language; and in 1828 the Cherokee Phoenix, a weekly bilingual newspaper, began publication at New Echota, Georgia

The original portrait of Sequoyah, commissioned by Thomas McKenney and painted by Charles Bird King, was destroyed by the fire that swept through the Smithsonian Castle building in January 1865." -- National Portrait Gallery 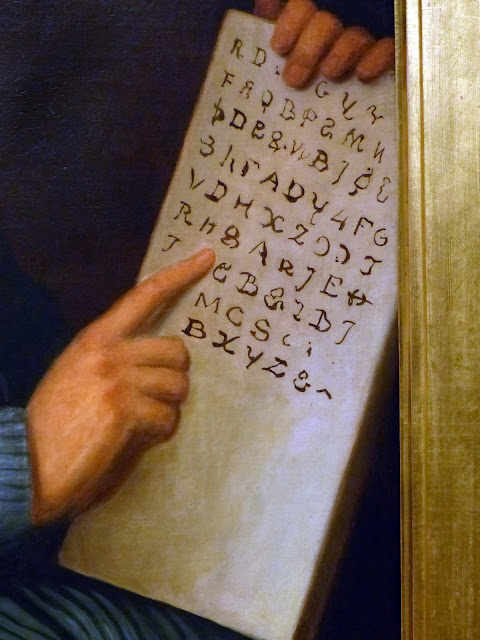 
This copy of  Charles Bird Kings painting of  Se-Quo-Yah appears in History of the Indian tribes of North America by McKenney, Hall, Todd and Todd, 1872. (See also The Portrait Gallery: Thomas L. McKenney) 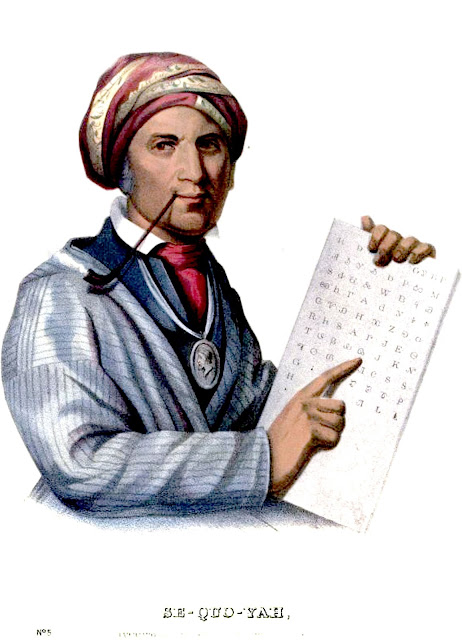 This c. 1959 tobacco label by Herline & Hensel, copies this image of Sequoyah to sell tobacco (LOC). 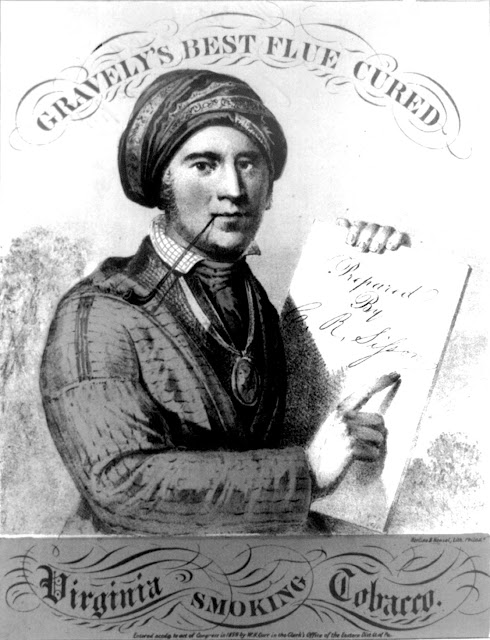