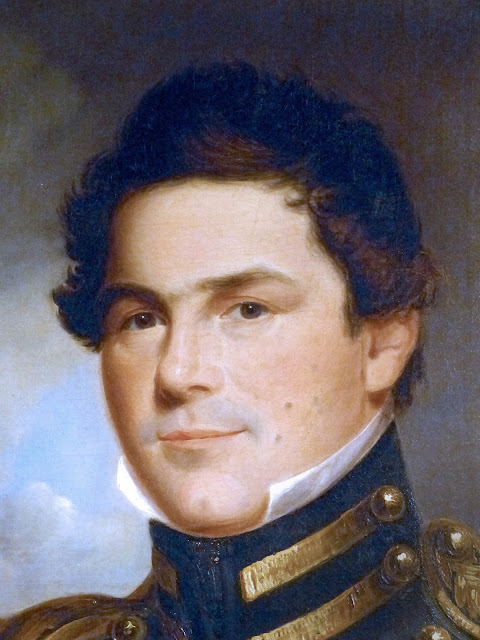 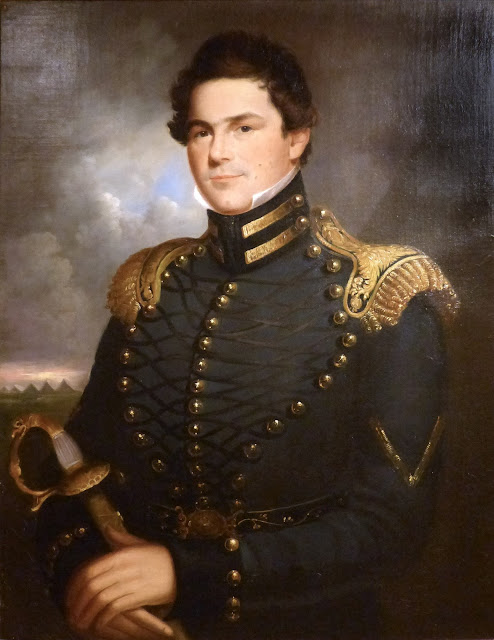 This c. 1830 portrait of Captain John Hoss by Robert Street hangs in the Maryland Historical Society Museum in Baltimore Maryland. 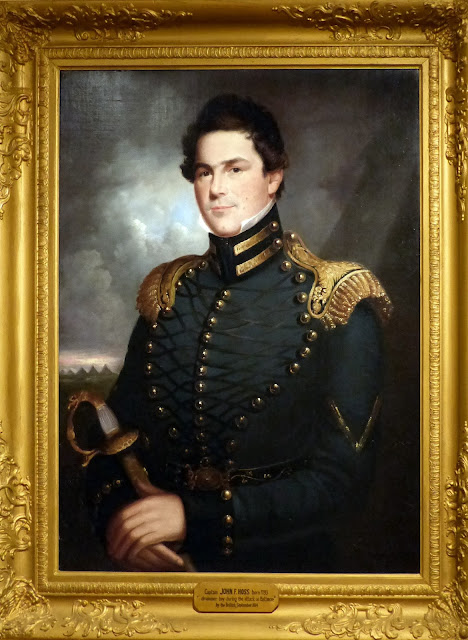 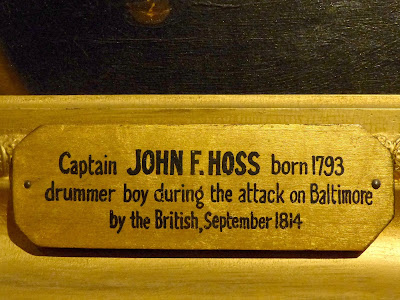 Captain John F. Hoss born 1793
drummer boy during the attack on Baltimore
by the British, September 1814


"[O]n the memorable visit of General La Fayette to Baltimore, October 7-11, 1824, [Pulaski's Flag] was carried by the Forsyth Company of Volunteers, Captain John F. Hoss, attached to the Second Regiment of Maryland Riflemen, on the day of the review of the citizen soldiers of Baltimore by the nation's guest [Lafayette]." -- The Maryland Historical Magazine, Sept. 1918.


In 1839 Hoss was the architect/builder of a public store building at Gay and Water Streets in Balitmore.  In 1840 John Hoss became one the six founders of the Washington Temperance Society. The Culture, Alcohol & Society Quarterly remarks that:

Captain Hoss was Baltimore Assistant City Commissioner in 1849 and Port Warden in 1850.

And in 1850 John F. Hoss was the architect the iron Greek-style pavilion with fluted columns in Union Square.