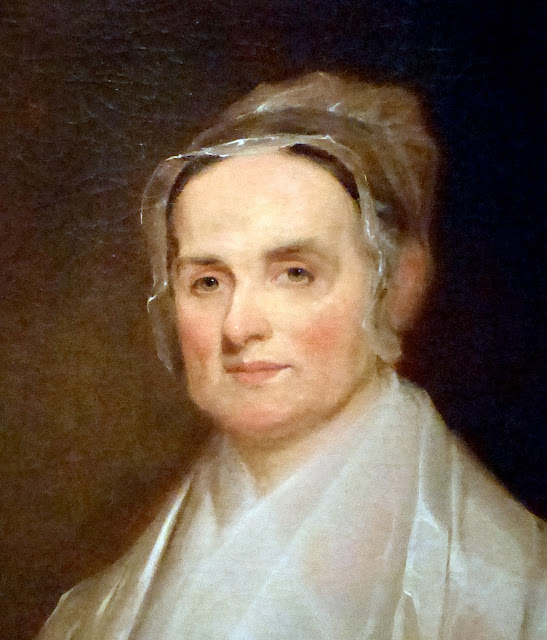 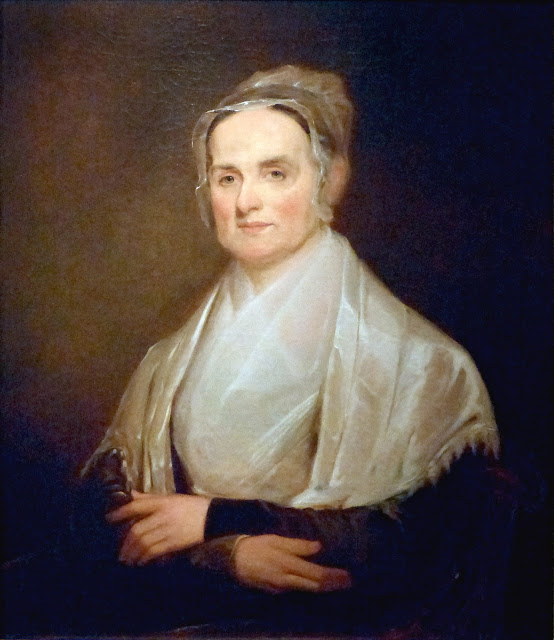 This 1842 portrait of Lucretia Mott by Joseph Kyle hangs in the National Portrait Gallery in Washington DC.


"Lucretia Mott was of the liberal wing of the Society of Friends (Quakers), and she received an early schooling in debate and oratory by traveling with her husband to Quaker meetings throughout the country. The Quakers were a major force in anti­slavery agitation, and Mott naturally gravitated to the issue, helping to found Philadelphia's Female Anti-Slavery Society. Mott held that women had a special position in the reform of society, and she soon began to consider women's rights as essential in furthering the reform platform. With Elizabeth Cady Stanton, she organized the Seneca Falls, New York, convention in 1841 that launched the women's civil rights movement in the United States. As she wrote: 'Let woman then go on-not asking favors, but claiming as a right the removal of all hindrances to her elevation in the scale of being.'" -- National Portrait Gallery

Benson Lossing's Eminent Americans, 1881 has this engraving of Lucretia Mott. 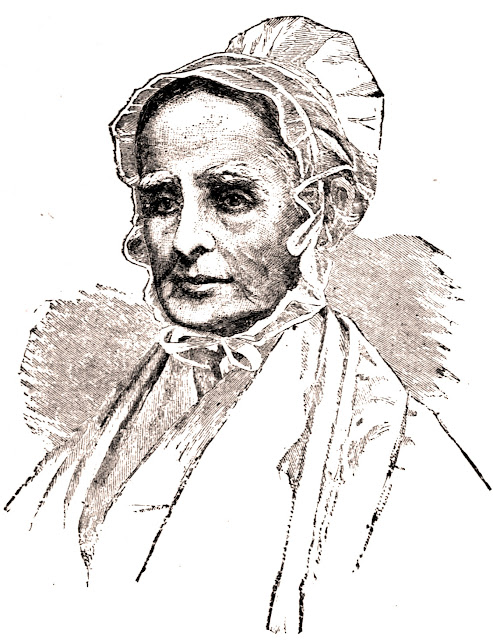