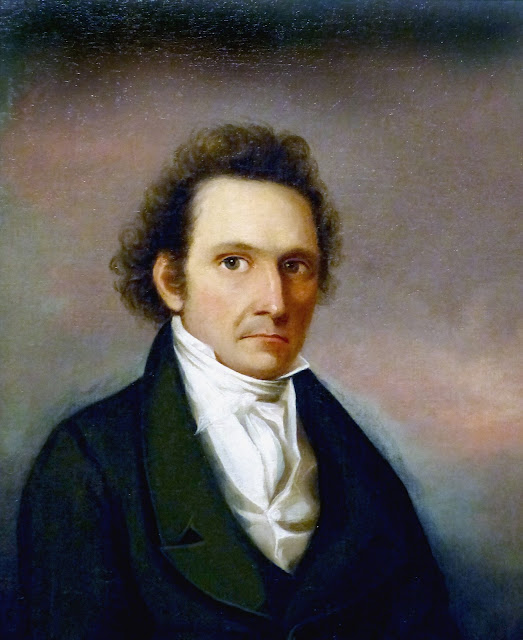 This 1822-23 self portrait of John James Audubon hangs in the National Portrait Gallery in Washington, DC.


"Naturalist John James Audubon painted this self-­portrait when he was thirty-seven. Until that time, his drawings of birds had been a hobby while he worked as an import merchant and later as a mill operator in Kentucky. As the idea for a publication called The Birds of America took form, he traveled to Louisiana and began to create large watercolors of birds in their natural settings. In Natchez in 1822 an itinerant portrait painter named John Steen gave Audubon some lessons in oil painting and this self-­ portrait was a result. The precision of the features is similar to the portrait drawings Audubon had made in Louisville a few years earlier. Audubon went to England in 1826; the first engravings for The Birds of America were created that year. The full set of "elephant folio" volumes was completed in 1838." -- National Portrait Gallery

Audubon discovered this bird and named it Washington's Sea Eagle in 1822-3. 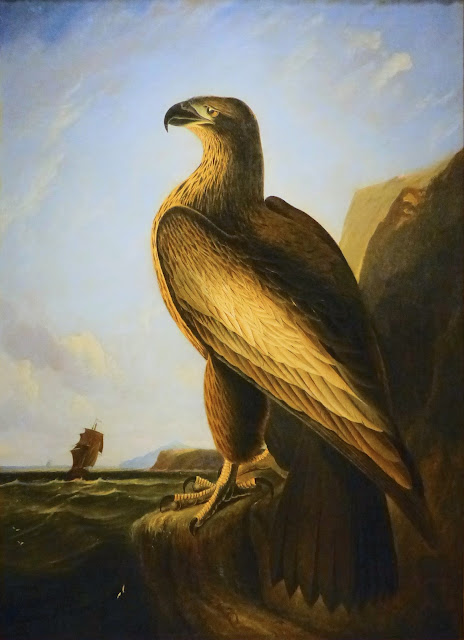