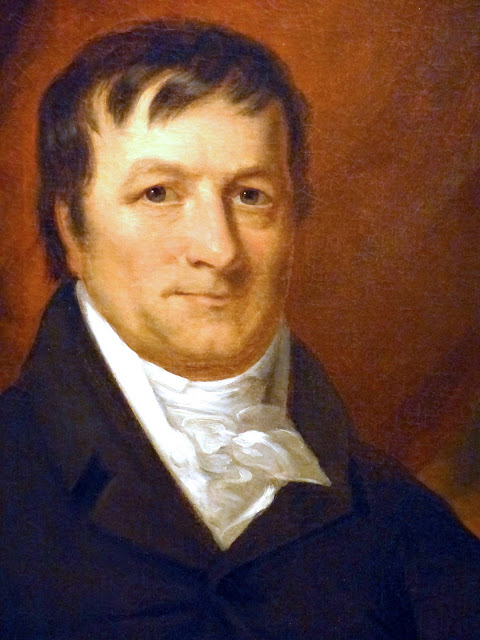 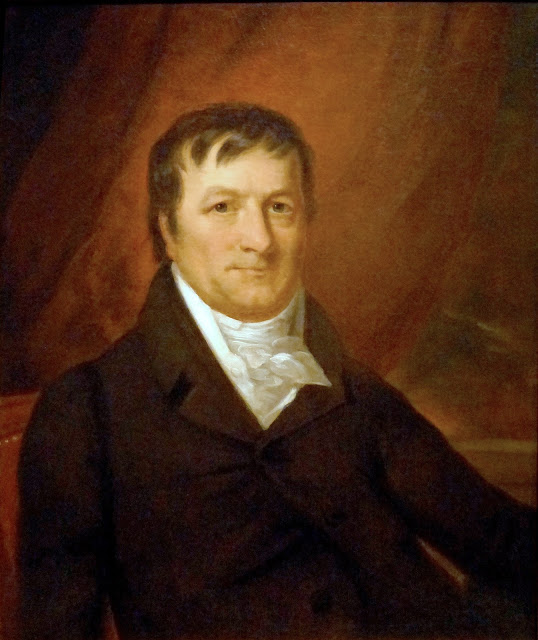 This c. 1825 portrait of John Jacob  Astor by John Wesley Jarvis hangs in the National Portrait Gallery in Washington, DC.


"An early herald of the American dream, John Jacob Astor arrived in the United States in 1783, a poor immigrant. He made his first fortune in the fur trade in the Great Lakes region, shipping the furs, particularly beaver, to Europe. In 1811 he sent two expeditions to Oregon and founded the first American settlement on the Pacific coast, Astoria. After the War of 1812 and the British departure from the Northwest Territory, Astor's American Fur Company established a trading post on Mackinac Island, in present-day Michigan, which became the center of the booming fur trade. Astor increased his fortune in the China trade and in the accumulation of New York real estate, becoming in the 1830s the richest man in America. 'It's all a matter of habit,' he said, 'and good habits in America make any man rich.'" -- National Portrait Gallery 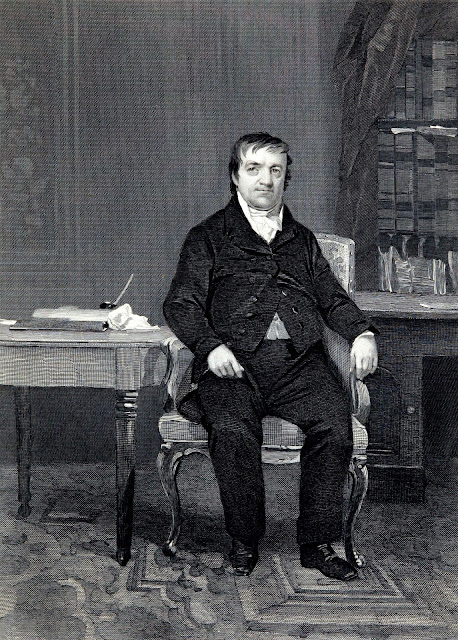 and this one closely resembling the Jarvis painting appeared in Benson Lossing's 1881 "Eminent Americans". 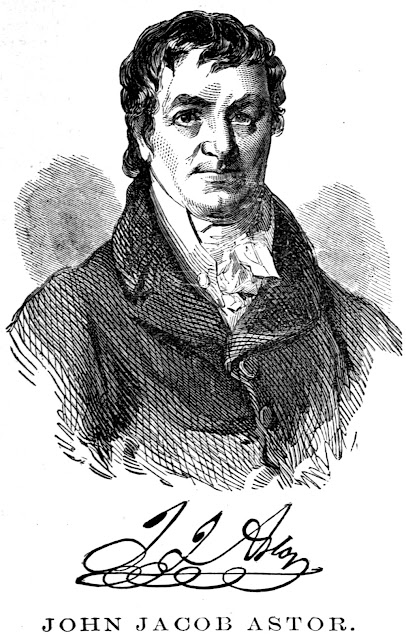