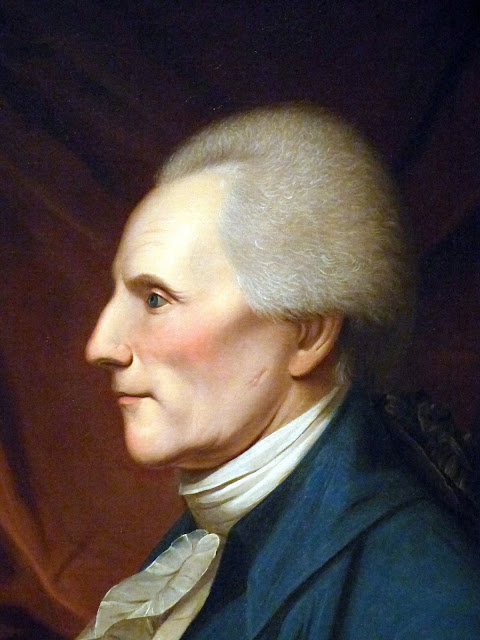 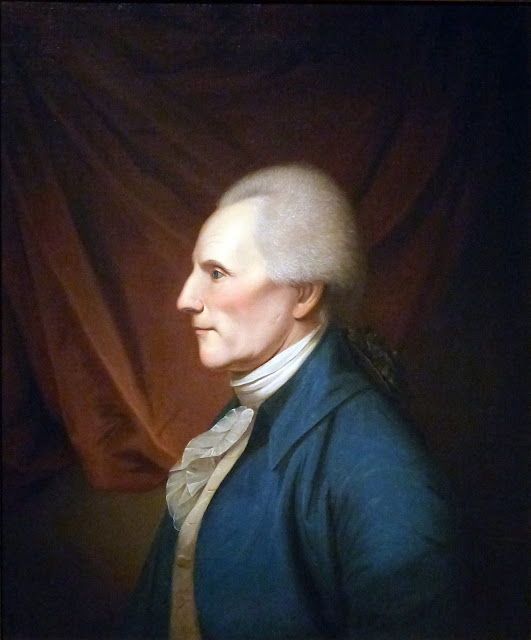 This 1795-1805 portrait of Richard Henry Lee by Charles Willson Peale hangs in the National Portrait Gallery.


"On June 7, 1776, it fell to Richard Henry Lee, delegate from Virginia at the Second Continental Congress, to offer the resolution that 'these United Colonies are, and of right ought to be, free and independent States.'

Lee was a tobacco planter and a seasoned member of the Virginia House of Burgesses. An aristocrat with an innate sense of his natural rights, Lee had long fought England's attempts to undermine colonial liberties. From the time he first came to Congress, he had used his powerful oratory to unite his colleagues in resistance to British tyranny. Absent in Virginia (where he was helping with the formation of a new state government) when his resolution was adopted on July 2, Lee later returned to sign the Declaration of Independence.' "-- National Portrait Gallery


"A member of one of Virginia's most prestigious families, Richard Henry Lee had unrelentingly advocated the most radical measures in the pre-Revolution protests against British infringements on colonial rights. When Anglo- American hostilities broke out in 1775, and while most of his countrymen still hoped for eventual reconciliation with England, he remained true to this extremism and was among the first to urge irrevocable separation from the mother country. On June 7, 1776, it was he who rose in the Continental Congress to offer a resolution that "these United Colonies are, and of right ought to be, free and independent States," In the wake of those words, the Declaration of Independence became a reality. Charles Wilson Peale painted the first version of this portrait of Lee to mark the subject's election as president of the Continental Congress in 1784. Peale kept the original for his gallery of American heroes in Philadelphia, but later did this replica for Lee's family." 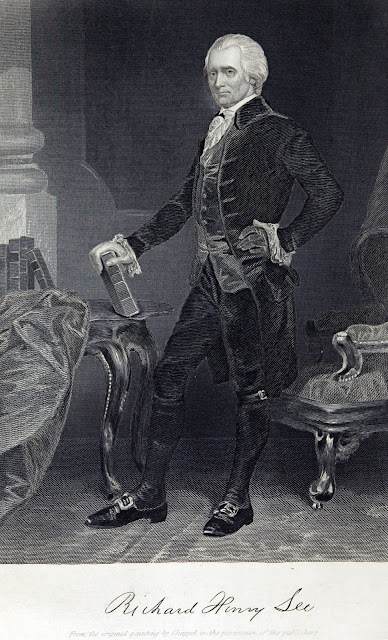