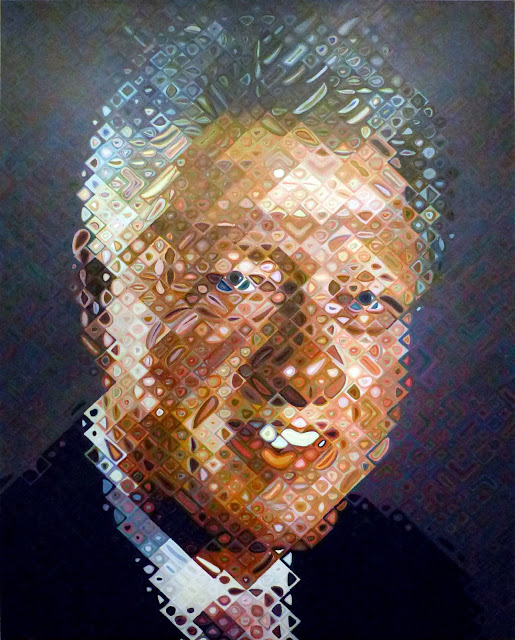 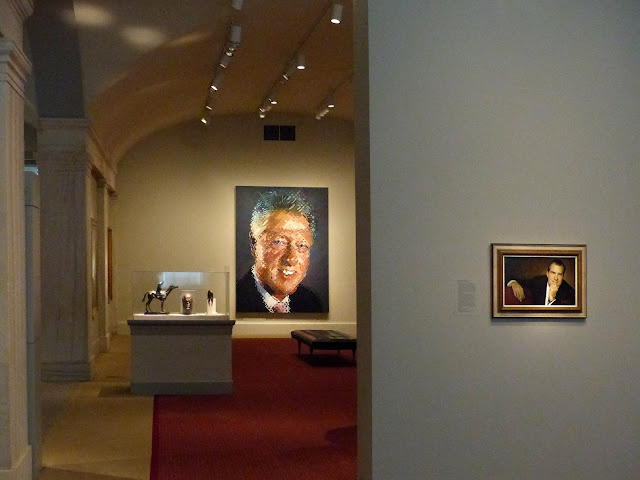 This portrait of Bill Clinton by Chuck Close hangs in the National Portrait Gallery in Washington DC.


"A key to Bill Clinton's successes as president, along with his resilience and personal affability, was his determination to govern through consensus. Major accomplishments, such as welfare reforrn, the first budget surplus since the late 19605, and successful U.S. intervention in the Balkans stemmed from this pragmatic viewpoint. Other proposals, such as universal health care, failed. His administration was plagued by several scandals, such as Whitewater and the consequences of his affair with a White House intern. His denial under oath about this relationship led to his impeachment. He was not convicted in the Senate trial, however, and his popularity actually increased as Americans continued to admire Clinton for his political talents, quick intelligence, and determination. Chuck Close begins all his paintings by taking a photograph of the subject, in this case a 2005 image made as a cover for New York Magazine. He then creates grids on both the canvas and the original image to replicate the information contained in the photograph with a series of abstract modules." -- National Portrait Gallery 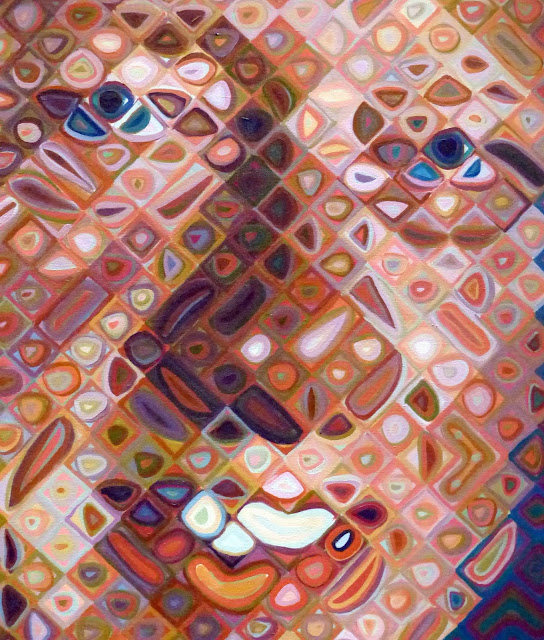 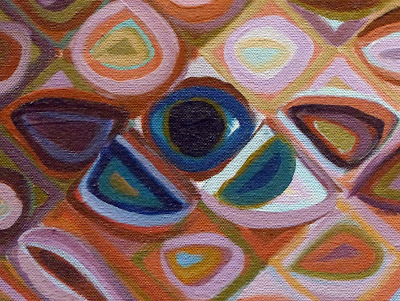 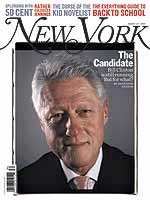 The magazine cover that Chuck Close used to construct his portrait of Bill Clinton fronted an article titled "Bill Clinton's Plan for World Domination" in the August 22, 2005 issue of New York Magazine.