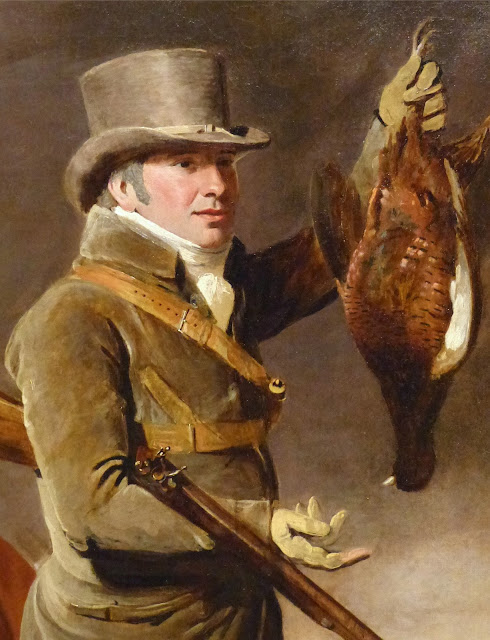 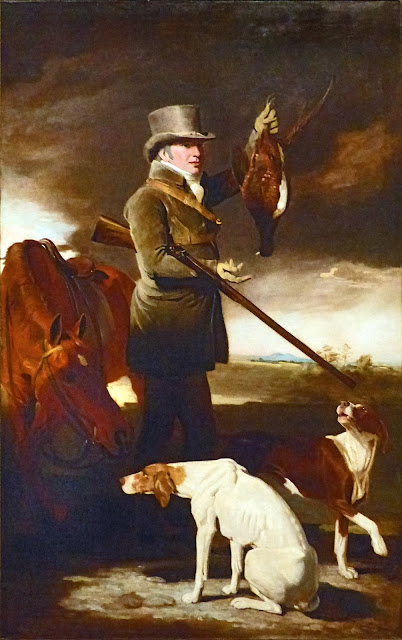 This 1806 portrait of J. G. Shaddick by Benjamin Marshall hangs in the National Gallery in Washington DC. 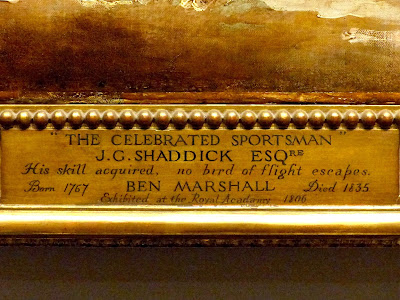 The National Gallery says of this painting:


Benjamin Marshall exhibited this portrait of J. G. Shaddick at the Royal Academy in 1806. Very little is known about Shaddick besides the fact that he embarked on a lengthy hunting tour in Britain the year the painting was exhibited. In fact, Marshall’s portrait may commemorate this event. Standing in a field after a successful hunt, Shaddick holds his trophy—a male pheasant—in triumph, surrounded by his shooting horse and two hunting dogs. Marshall was a well known painter of both portraits and sporting subjects, with such prestigious patrons as the Prince of Wales. Like his fellow artist George Stubbs, Marshall studied equine anatomy to achieve a greater sense of realism in his paintings. -- NPG 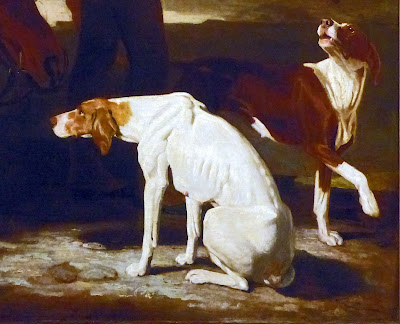