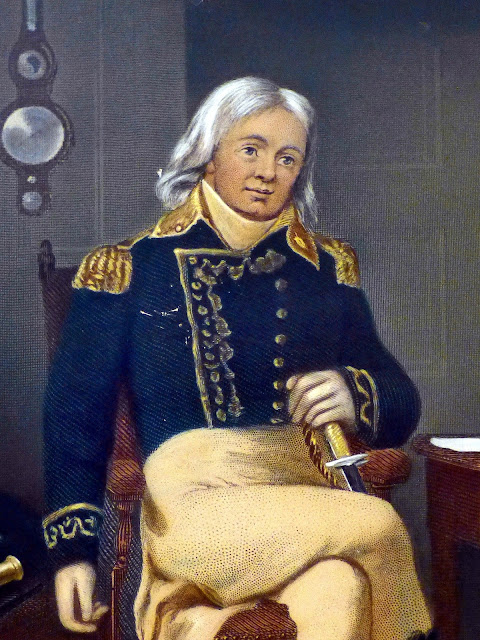 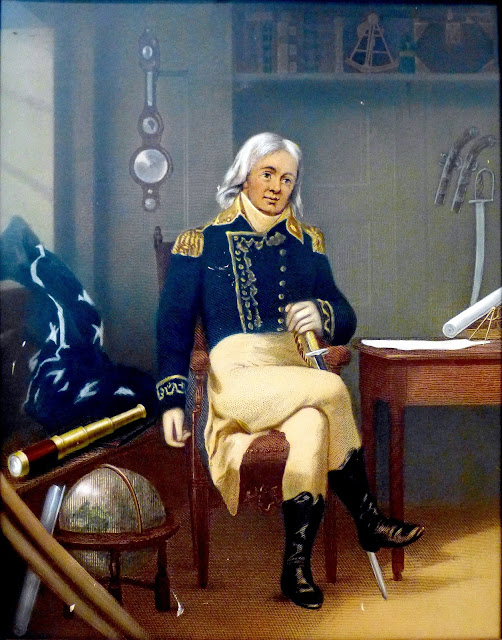 This portrait of Commodore Joshua Barney is in the U.S.  Naval Academy Museum Collection.

"Barney served in the Continental Navy and, after the Revolution, he joined the French Navy, and commanded a squadron.

At the outbreak of the War of 1812, he commanded the privateer Rossie. Upon entering the US Navy as a captain Barney submitted a plan to the Navy Department to use a flotilla of shallow-draft barges, each equipped with a large gun to attack and annoy the British in the Chesapeake Bay.

After the destruction of his gunboat flotilla, Barney took about five hundred Marines and flotillamen to Bladensburg, Maryland, to help defend the capital. Barney's detachment held its ground until flanked and overwhelmed. In the action, Barney was wounded." -- Naval Academy Museum 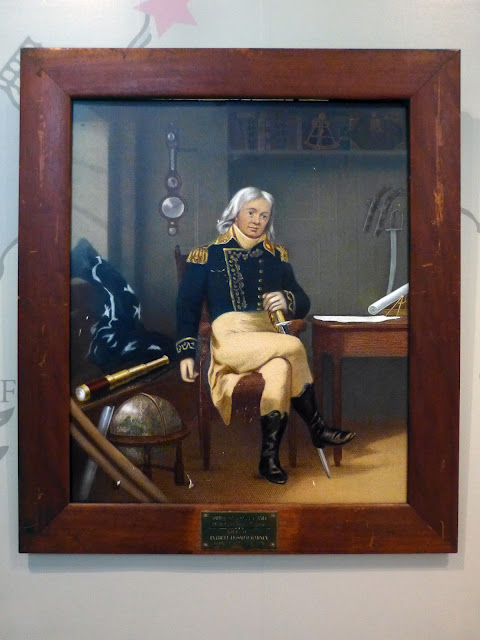 A similar picture of Barney appeared in The National Portrait Gallery by Evert A. Duyckinck who describes this picture as "from the original painting by [Alonzo] Chappel in possession of the publishers,  Johnson, Fry and Company." 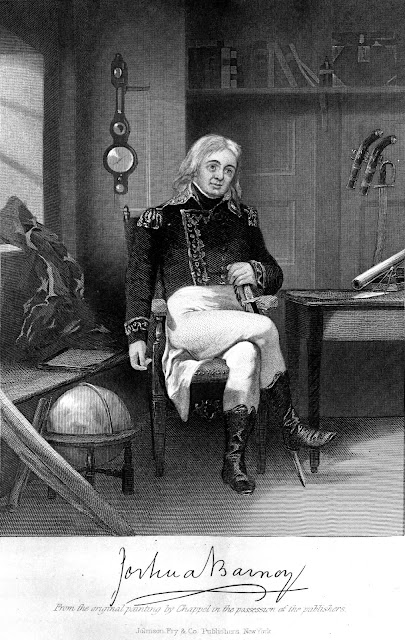 This print differs from the USNA painting in that while the print and presumably the Chappel painting shows a logbook on the bench beside Barny, the painting has a telescope sitting on top of the logbook.