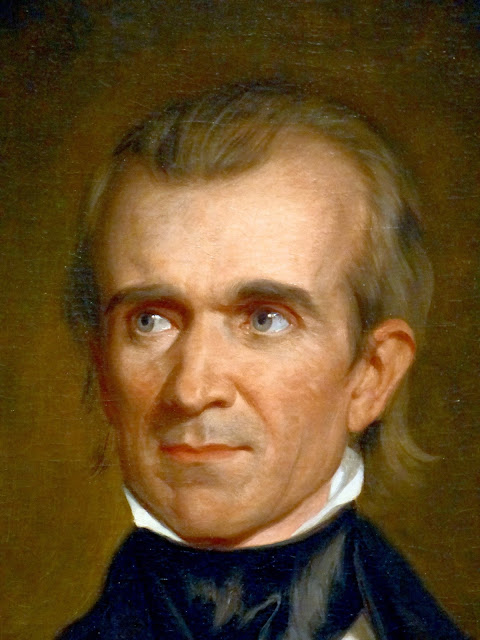 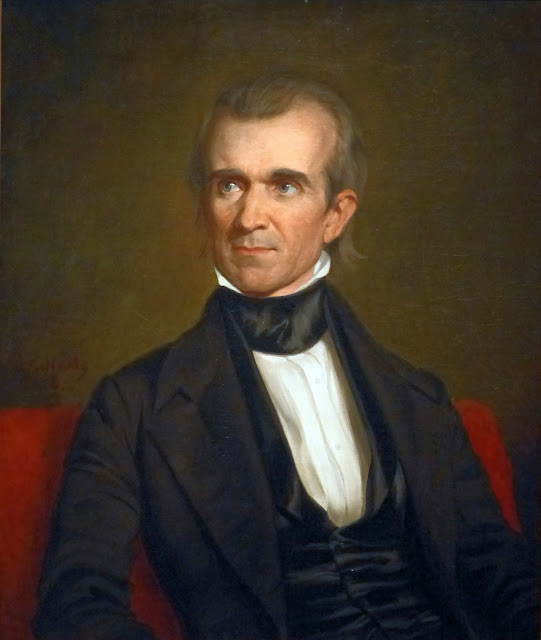 This 1846 portrait of James K. Polk by George P. A. Healy hangs in the National Portrait Gallery in Washington, DC.


"It is often said that James K. Polk was the first 'dark horse' to claim a presidential nomination, and during his White House campaign of 1844, his opponents were fond of sneering, 'Who is James Polk?' Once he was in office, however, the question quickly lost its sarcastic bite. A diligent worker who abhorred the thought of time unprofitably spent, Polk set four goals for his presidency reducing tariffs, creating an independent treasury system, settling the Oregon boundary dispute with Great Britain, and acquiring California. None of the four objectives was easily reached, and gaining California meant going to war with Mexico. By his administration's close, however, all had been accomplished. Unfortunately, Polk's success came at great personal cost. A spent man., he died within four months of retiring to private life." -- National Portrait Gallery 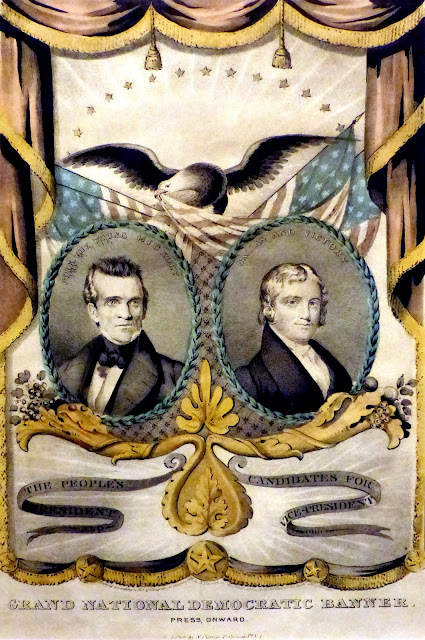 "Politics and religion were the two great preoccupations of public culture in nineteenth-century America and were reflected in everything from great public debates to the smallest aspects of personal conduct. Politics was intensely partisan, and citizens followed politics with the fervor of modern sports fans. Voting rates were very high, and political campaigning was designed not only to get out the electorate but also to bind voters to a particular party. Parades, illuminations, and visual displays of all kinds, including this banner for the 1844 Democratic national ticket, all involved voters in the rituals of popular democracy. Widely disseminated by campaign machines, printed materials had helped revolutionize democratic politics by the middle of the nineteenth century." -- National Portrait Gallery 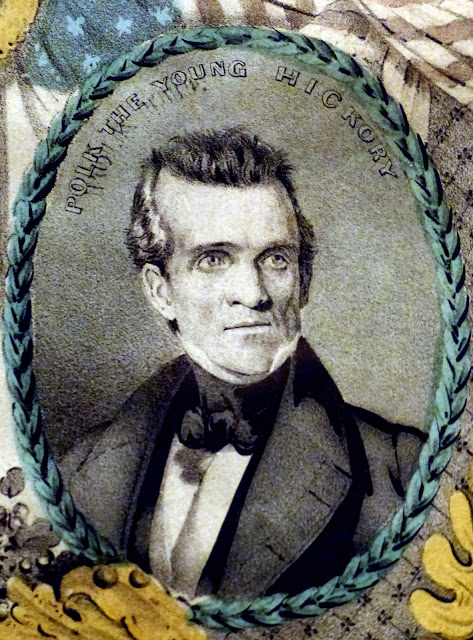 Polk The Young Hickory
Posted by Allen Browne at 7:41 AM