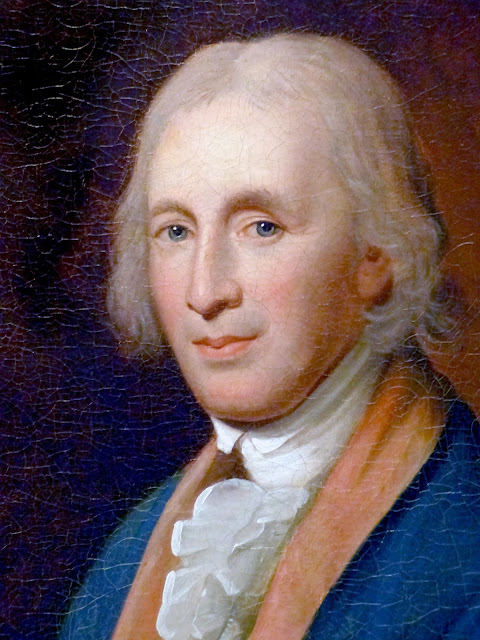 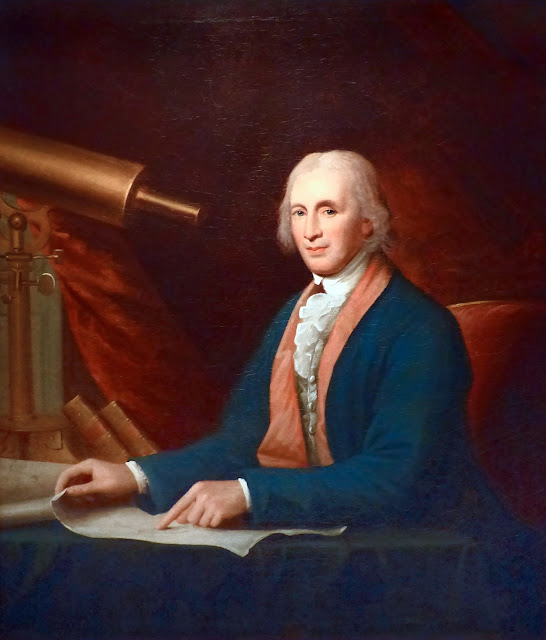 This 1796 portrait of David Rittenhouse by Charles Willson Peale hangs in the National Portrait Gallery in Washington DC.


"A child prodigy who received no formal education, David Rittenhouse became one of early America's most respected scientists and is depicted here as president of the American Philosophical Society. Rittenhouse made his living as a clock-and instrument-maker; his mathematical skills earned him service on commissions determining the boundaries of several states. He constructed two orreries, instruments that accurately depict the motions of the solar system for 5,000 years, backwards and forwards. Rittenhouse achieved international fame when, acting on John Ewing's proposal, he organized the Philosophical Society's participation in an international effort to measure the transit of Venus. This allowed astronomers to more accurately measure distances to celestial objects. Rittenhouse's published observations, along with those of other American scientists, attracted favorable reactions in Europe, bringing a new recognition of American scientific achievement.

Charles Willson Peale, who knew the sitter well, included in this portrait a reflecting telescope that may have been the one Rittenhouse had inherited from Benjamin Franklin." -- National Portrait Gallery

"Benjamin Franklin bequeathed a reflecting telescope made by James Short of London to Rittenhouse. The artist may have intended to reference that telescope in the portrait, but he did not provide enough details for a definitive identification. In particular, he did not include the adjusting rod used to move the secondary mirror inside the tube of a telescope of this sort." -- NPG