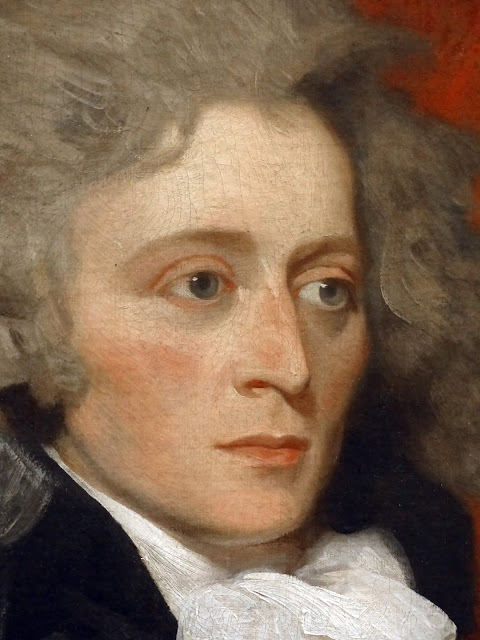 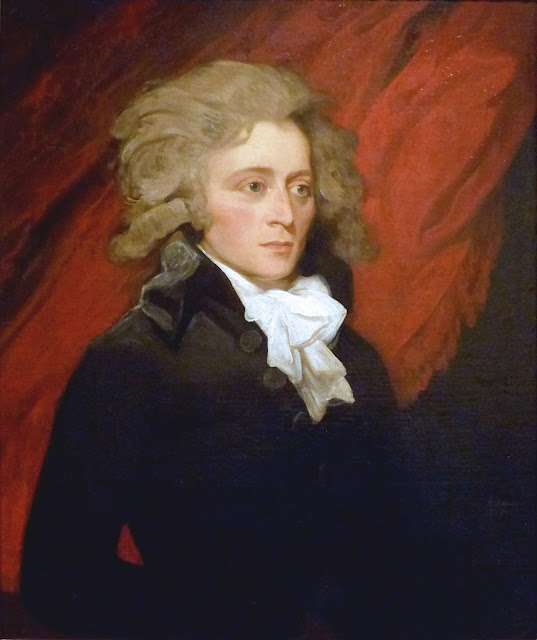 This 1787 portrait of William Vans Murray by Mather Brown hangs in the National Gallery of Art in Washington DC.


"Descended from the Mathers, a family of famous clergymen in colonial Massachusetts, Mather Brown moved permanently to England in 1781 at the age of twenty. Under the tutelage of Benjamin West, he began painting biblical subjects and scenes from Shakespeare. The greater influence on Brown's portraits, though, was the fluid style of Gilbert Stuart. If anything, Brown was even more flamboyant than Stuart in his application of richly colored, thickly textured paint. In William Vans Murray, for instance, Brown outlined the sitter's eyelids in bright red. The hair, cravat, and curtain were rendered with pirouettes of a dancing brush.

Murray studied law in London from 1784 to 1787 before returning to his farm near Cambridge, Maryland, on the Chesapeake Bay's Eastern Shore. He later served in Congress and as minister to France. In addition to other prominent Americans abroad, such as Thomas Jefferson, Brown's clientele included members of the royal family.

This patronage sparked sarcasm from an exasperated, anonymous English painter: 'Mr. West paints for the Court and Mr. Copley for the City. Thus the artists of America are fostered in England, and to complete the wonder, a third American, Mr. Brown of the humblest pretences, is chosen portrait painter to the Duke of York. So much for the Thirteen Stripes—so much for the Duke of York's taste.'" -- National Gallery of Art

As Minister to the Haque at the turn of the 19th century, William Vans Murray was instrumental in arranging the Treaty of Mortefontaine that ended the Quasi-War with France, and cleared the path for the Louisianna Purchase. Vera Rollo quotes "Professor Deconde" that "But for him there might have been no peace. Even the French Foreign Minister, Talleyrand, said the same thing ... Murray saved his country from a disasterous, perhaps mortal, war and helped pave the way for the epochal Louisiana Purchase..." 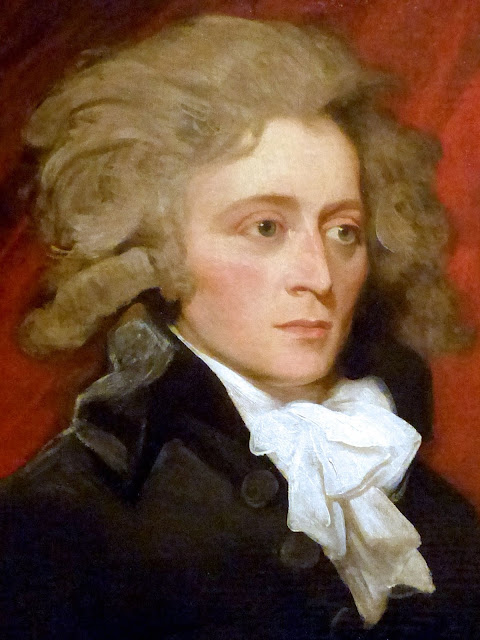 Blake Gopnik, strangely, calls Mather Brown "A Cubist Before Picasso" on the basis of this painting.


"This is the earliest Cubist painting I know – although it was painted in 1787, and lives among the early American holdings of the National Gallery in Washington. Mather Brown was its painter, and the sitter is one William Vans Murray, a Maryland worthy painted by Brown when both were living in London. (Brown never went home to America.) Although it may seem to be a perfectly standard realist picture, its illusions are built up in a series of rectilinear brushstrokes – get a load of that cheekbone – that are the direct ancestors of the so-called passages used by Braque and Picasso, 125 years later, to signify depth without actually depicting it. I'd love to see someone trace precisely how those brushstrokes got from Enlightenment London to the bohemians of Montmartre." -- Art World