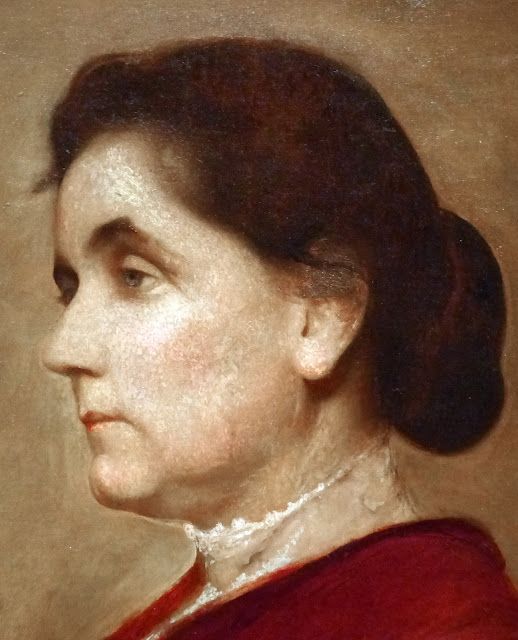 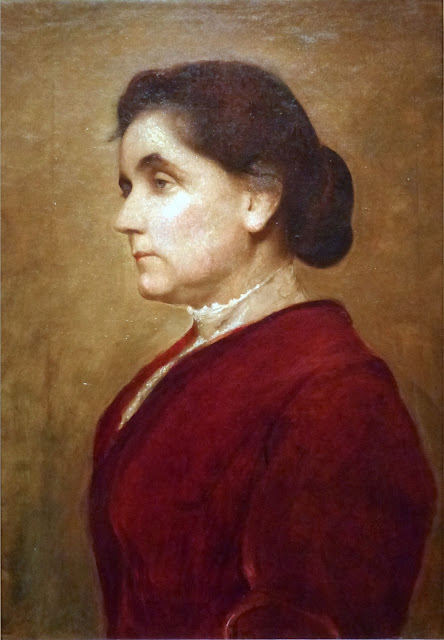 This 1906 portrait of Jane Addams by George de Forest Brush hangs in the National Portrait Gallery in Washington, D.C.


"Jane Addams was among the first of the college­ educated women of the late nineteenth century to escape the social and cultural constraints limiting professional women to teaching and missionary work. As low wages, long hours, and wretched living conditions became the norm for America's urban industrial workers, many, including Addams, were disturbed by the specter of a permanently oppressed lower class ruled by a privileged elite. Having admired settlement houses (neighborhood social welfare centers) in London, Addams in 1889 established Hull-House in a Chicago slum, the second settlement house in the United States. Within a decade, it offered practical education and a myriad of opportunities to the poor. With the sponsorship of Chicago's wealthy women, Hull-House became the most influential and innovative of the 400 settlement houses in the United States before World War I." -- National Portrait Gallery