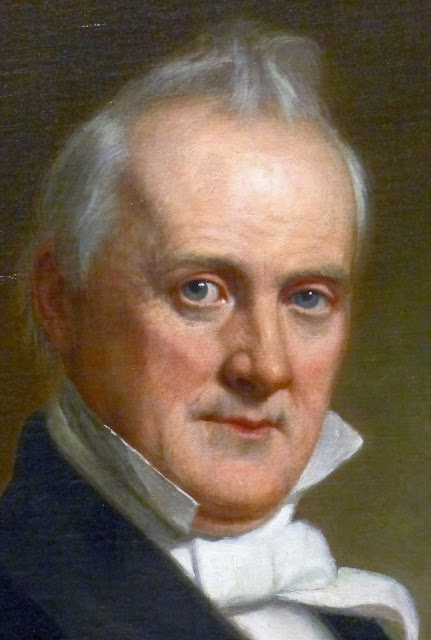 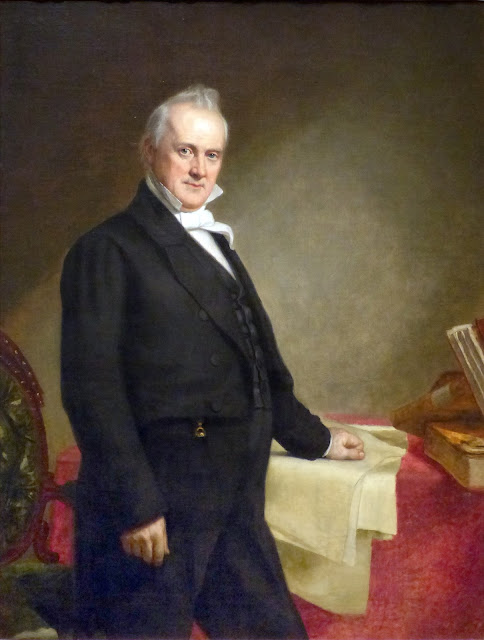 
"James Buchanan entered the White House in 1857 hoping to quell the mounting sectional rancor over slavery. But the events of his administration often had the opposite effect. The Supreme Court's Dred Scott decision, which denied Congress's power to ban slavery in the western territories, unleashed an unprecedented wave of anger in the North. When Buchanan supported proslavery forces in the Kansas Territory, that anger rose to a fever pitch. In response, the south's militance in defending slavery waxed ever stronger, and by the end of Buchanan's term, the long-feared specter of war was turning into a reality.

With the outbreak of hostilities in the spring of 1861, Buchanan became the object of vilification in many quarters. Among the milder expressions of anti-Buchanan feeling was the disposition of the version of this portrait that had been painted for the White House. When artist George Healy presented his bill for the picture, Congress refused to pay it, and many years passed before the White House acquired a portrait of Buchanan." -- National Portrait Gallery